Free, bilingual and with a barcode: this is the vaccination passport projected by the EU 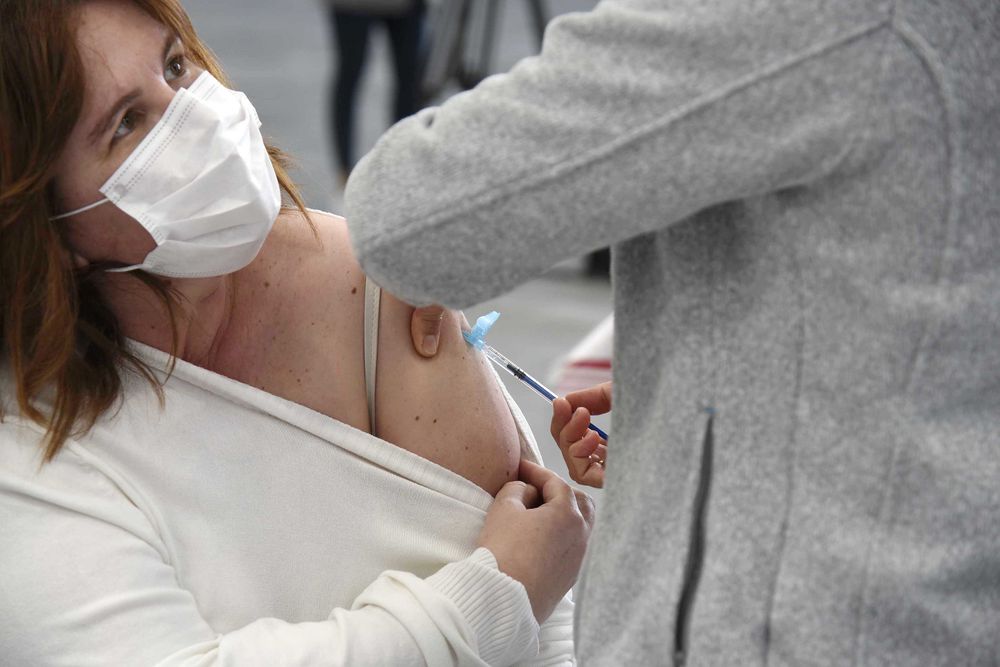 The European vaccination certificate, according to the draft regulation that the European Commission plans to approve this Wednesday, will be issued free of charge, the data must appear in the official language of the country and in English, and both in digital and paper format must have a barcode that allows reading. The project, to which EL PAÍS has had access, foresees that the certificate can be used to allow the entry into a territory of people who have been administered any of the vaccines authorized by the European Medicines Agency (EMA). And it will allow EU countries to accept other vaccines bilaterally, which could make it easier to use the Russian and Chinese.

The project will be approved, except for last minute unforeseen events, by the European Commission, just three weeks after the European summit on February 25 and 26 gave the green light for the creation of a European vaccination certificate. Up to five EU commissioners have been involved in the preparation of the text, whose legal and logistical ramifications range from the protection of sensitive data to the need to establish a framework that allows the interoperability of the certificate in the 27 countries of the Union and, to If possible, with other similar certification systems at the international level.

The European vaccination passport, baptized as the Digital Green Certificate, will not necessarily be green or exclusively digital. Article 3 of the regulation states that Member States may also issue it on paper. In any format, it must have a barcode “that allows verification of the authenticity, validity and integrity of the certificate”, according to the Commission’s project.

The document will be issued free of charge and must allow its verification and reading in other EU countries. The passport will allow you to collect three types of certificates: the vaccination, the result of a test or having passed the covid-19.

The regulation clearly states in its preliminary text that the certificate “should not be a condition for exercising freedom of movement.” And it specifies that “this regulation cannot be interpreted as establishing an obligation or a right to be vaccinated.” The Commission document specifies that people who have not been able or wanted to be vaccinated should enjoy the same freedom of movement as those vaccinated, “subject where necessary to mandatory tests or quarantines / self-isolation.”

The certificate, however, seems destined to become a health passport that will allow vaccinated people to pass through and allow them to move around the EU without the need to submit to restrictions. The regulation establishes that the Member States must issue the certificate to all persons vaccinated with any of the antigens authorized by the European Medicines Agency, which until now are those of BioNTech / Pfizer, Moderna, AstraZeneca and Janssen.

The certificate will also be issued for people inoculated with nationally authorized vaccines such as the Russian Sputnik V and the Chinese Sinopharm in Hungary or Slovakia. And for those accepted by the World Health Organization (WHO).

The legal text specifies, however, that the rights of way that each vaccine will confer will not be the same. In the case of those authorized by the EMA, all States that recognize their injection as a safe conduct for the free movement of their citizens must grant the same right to citizens of other Member States vaccinated with any of the four drugs authorized by the European authority. . Countries that allow freedom of movement after the first dose of the vaccines that need two (all except Janssen’s) must grant the same freedom to citizens of other Member States who have also received the first of the two injections.

On the other hand, in the case of vaccines authorized at the national level, this recognition will be optional for each member country. That is, a Hungarian citizen vaccinated with the Russian or Chinese drug, such as Prime Minister Viktor Orbán, will only be able to travel without restrictions to the EU countries that recognize the use of these vaccines (the authorization of Sputnik V is already being processed in the EMA).

In all cases, the certificate must include the essential data of the vaccinated person and the product used; and all information must appear in the official languages ​​of the issuing country and in English. Of the 20 data initially planned, the project establishes 11 essential ones. Specifically, the name and surname of the person vaccinated, their date of birth and the disease for which they have been immunized. The type of vaccine, its brand, the company authorized to manufacture or market it, and the number of doses required must appear on the product. Finally, the certificate must include the date and place of vaccination and the identification of the issuer.

The data will be very similar for the other two certificates, the one that collects the result of a test and the one that certifies having passed the disease. In all of them, the data relative to the gender of the vaccinated person has been suppressed.

The draft regulation, drawn up with exceptional speed, has involved the departments of Didier Reynders, European Commissioner for Justice; Thierry Breton, Commissioner for the Internal Market; Stella Kyriakides, Commissioner for Health; and those of the Vice-Presidents of the Commission, Vera Jourova and Margaritis Schinas. The Commission considers its intervention essential to prevent each of the 27 Member States from developing its own certification model, with the risk that they will not be recognized from one country to another. “In particular, it is necessary to agree on the technical standards that will be used to guarantee interoperability, security and the possibility of verification of the certificates,” the Commission points out in one of the annexes that accompanies the regulation.

After its approval by the community body, the project begins its legislative path in the Council of the EU and in the European Parliament. Brussels is confident that it will be processed quickly and that the Regulation will be approved by June at the latest. The recognized objective is to facilitate free movement in summer and thus save this year’s tourist campaign. The countries most dependent on tourism, such as Greece, Croatia or Spain, have been demanding the implementation of the project for weeks. Brussels expects that 400 million doses will have been distributed by the end of June, which would allow to vaccinate 200 million people, that is, 54% of the European adult population.

The regulation, however, is not sufficient by itself for the cross-border operation of the certificate, which will require the establishment of the necessary IT infrastructure so that its issuance and reading is possible in all Member States equally.

Book “Believe in the wild”: When the bear bites