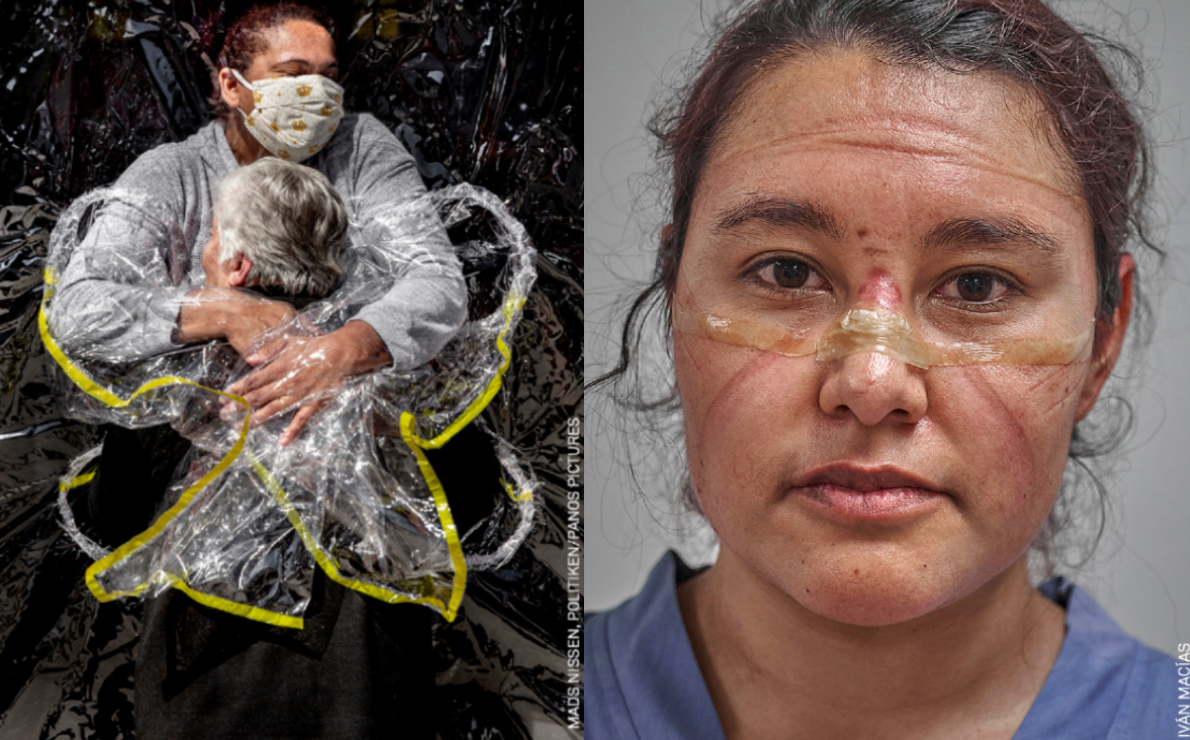 The Franz Mayer Museum will celebrate this July 15 his 35th anniversary with the opening of the exhibition World Press Photo 2021, made up of 141 photographs that account for the diversity of views and perspectives on the most important stories of 2020.

In a press conference, Alejandra de la Paz, director of the Franz Mayer Museum, said that, for 22 years, it is a privilege to be the official headquarters in Mexico of the World Press Photo.

“For us it is a source of pride, because we have been the headquarters of the international photojournalism contest most important in the world that has brought together, over more than 60 years, a greater number of photojournalists ”.

Presenting these works, he said, represents the museum’s opportunity to talk about the future and world events that affect us as a society.

“Once again we have a Mexican awarded by the World Press Photo, who won second place in the portrait category, so, Iván Macías, welcome to the Franz Mayer Museum. With this we pay a great tribute to the people who have been on the front lines of the battle against this pandemic ”.

In this edition, the contest received 74,470 images from 4,315 photographers from 130 countries. The jury, which is independent from the World Press Photo foundation, was made up of 28 photography professionals, who were in charge of selecting the work of 45 photographers from 28 countries, including: Mexico, Argentina, Armenia, Canada, Denmark , Italy, Iran, Ireland, Peru, Portugal, Russia, the Netherlands and the United States.

For his part, the award-winning Mexican photographer Iván Macías indicated that he is not a professional photojournalist, but that he likes to practice this activity because you can always tell a story: “it moves you, it makes you feel and reflect. It is not easy, you must have some preparation, but it is not that you need the great experience being a photojournalist, but you do need being a photographer and having the visual, narrative and aesthetic capacity to be able to formulate an attractive story ”.

Macías recognizes that his intention was never to enter the World Press Photo, it was until a friend told him about the contest, saw the rules and realized that he met all the requirements.

“So I said to myself, I will put together a story to enter this contest, I sent 10 photographs, which I had already published in the magazine Process and on Televisa, so I was able to enter and I won. Yes, it requires more than experience in photojournalism, but what is needed is a project that is narrative and attractive that can give that push ”.

His project is right on the first line that the pandemic has attended, on which he began to document since last year with the idea of ​​making known what doctors lived.

“The winning photograph is part of a project of almost 300 photographs in which I wanted to reflect what doctors live in hospitals, at that time when the panorama was very complicated, with many deaths, because there were no vaccines. I sent 10 photographs to the contest and the one of Dr. Katia’s face was selected, at the end of her 10-hour workday, from 8:00 p.m. to 6:00 a.m., on May 19, in the City of Mexico”.

With the rest of the material, Iván Macías published a book, Traces of the pandemic, which will be presented in the coming days at the Franz Mayer Museum.

The exhibit World Press Photo 2021 It is divided into eight categories that managed to capture the moments caused by the covid-19 pandemic; protests for social justice around the world; the rights of trans people; territorial conflicts, and climate change, among other issues.

Likewise, the World Press Photo of the year and World Press Photo Story of the year awards are presented. The winning image of this edition is photography The First Embrace (The first hug) by Mads Nissen, a Danish photographer, whose image shows Rosa Luzia Lunardi being hugged by nurse Adriana Silva de Costa Souza at the Viva Bem nursing home, São Paulo, Brazil, taken on August 5, 2020.

In the case of World Press Photo Story of the year, the award went to Antonio Faccilongo for Habibi, a series that tells love stories set against one of the longest and most complex contemporary conflicts: the Israeli-Palestinian war.

The Franz Mayer Museum will present the exhibition World Press Photo 2021, from July 15 to September 26 of this year. All activities can be consulted in the museum website.