Francisco: “This promotion would be the best thing that could happen to me” 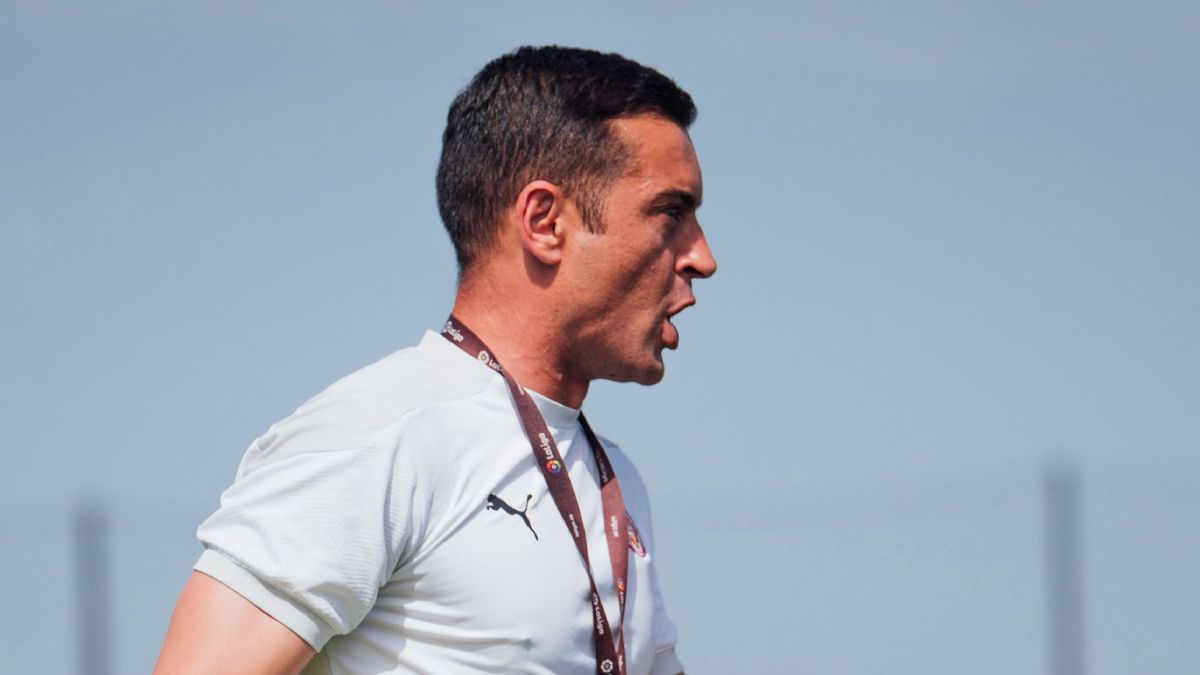 In the Girona dressing room there is great confidence in reaching promotion to First Division, but this is not at odds with humility. Francisco, who offered a press conference this Friday at noon, is aware that Rayo will shake them and they will live moments in which they will have to know how to suffer. They defend the 1-2 of the first leg match and it is in their hand, in Montilivi, to sentence the tie. Two years later, Girona want to return to the First Division and the coach is ready to make the goal of the entire squad come true. Bárcenas and Aday, the main novelties.

How is your team?

It’s okay. Everyone is there to compete, which is the important thing. Bárcenas arrived yesterday and in perfect condition. We have an important, difficult game and we face it with the intention of doing things very well.

Is it important to do a good mental job before a final?

The team is prepared in every way, we are doing well. We are going to face the game as if it were unique. We want to do things very well and we will try to score the goal that will allow us to achieve victory. People don’t think about Monday or the first leg score. The Ray is going to make things very difficult for us.

What feelings do you have on a personal level?

I’m at my best, it’s reality. We have fought a lot all year and we are where we want. I am very excited, with my feet on the ground, and dedicating a lot of time to it. I’m very happy. I have managed to stay in the First Division with Almería, which was very difficult, but this promotion would be the best thing that could happen to me. Although it hasn’t happened to me yet. If in the end it is achieved, I would be very proud to enter the history of the club.

His contract expires on the 30th of this month. Will it renew?

We are delighted to be where we are. Everything is based on work and commitment. There are just a few days left to finish the season and it will be seen. Hopefully everything ends well.

They defend the 1-2 of the first leg. What kind of party do you have in mind?

We are going to compete and win the game, that is essential. If we don’t compete, we already saw in Vallecas that Rayo was much superior, and we have to generate a lot of problems for them. We have to go out with ambition and intention, we want to get the party going.

What message have you sent to the players?

It is only about convincing the player that we have to do things well to win. Once the game starts, everything will be under control and we know that it will be important to bear the pressure and nerves well.

Do you prioritize being solid at the back or going to score a goal?

We have to take the game to our field, as we have prepared it and we will win from the beginning. The Ray will want that too and from there the cards will be put on the table. Winning in their field does not give us an advantage, everyone knows it. It will be a different match and we will have to do things very well to overcome a fantastic opponent.

Have you been surprised by the appointment of Varón Aceitón to the VAR?

Those who are going to referee in this game is because they have done well during the season and have been awarded. The referees are also playing a lot, like us, because they are looking to see if they can go up to First. They deserve to be where they are and we wish them the best of luck in the world.

Is it a match for Stuani to start?

He is a player who gives us a lot and can read the game very well. We have one training left and we will see the evolution of everyone so that they can act. Stuani is one more player.

What message do you send to the fans?

It annoys me that there weren’t more people on the field fighting for the goal. Many fans have been left out and we will miss them. We are going to give it our all, it doesn’t matter what happened last year or five years ago. We are going to fight and together we will do our best so that the city of Girona has an important prize. With respect for the rival we will go for it all.