France’s Côte d’Azur, in quarantine and with hospitals overwhelmed by the coronavirus 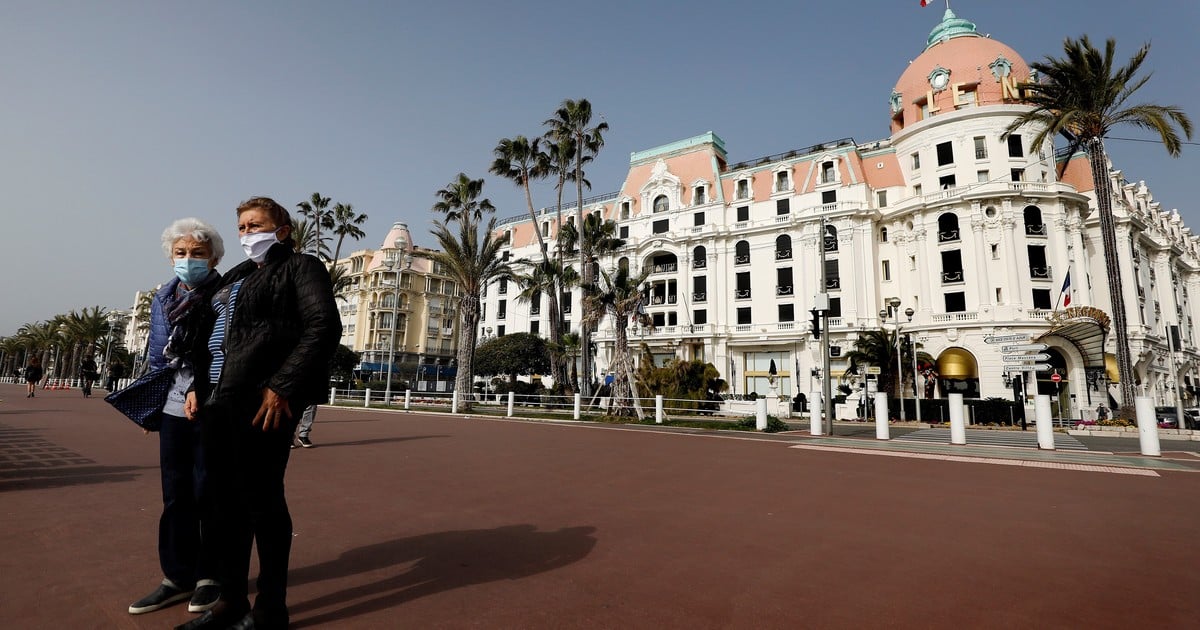 The Côte d’Azur is confined in order to lower the rate of transmission of the coronavirus and achieve an economically viable summer for its anguished inhabitants. Faced with the virulence of the Covid and overflowing hospitals, with 600 cases per 100,000 inhabitants, a figure three times higher than normal, the government decided to confine it every weekend for 15 days. A novel system that they could apply elsewhere in France.

Nice, Cannes and its spas will close because the circulation of the British variant of Covid reaches 50 percent, it is highly contagious and virulent.

Prefect Bernard González announced two confinements on the French maritime coast, for two consecutive weekends, where 90 percent of the population is concentrated.

To be able to go out, you will need a certificate for shopping, going to the doctor, walking pets or walking and jogging outdoors, for a period that cannot exceed 60 minutes and no further than 5 kilometers from the street. home.

From this Tuesday, all the boutiques of more than 5,000 meters they must lower their curtain for 15 days, with the exception of food stores and pharmacies.

A sign warns that the beach is closed, in a May 2020 image at Malo Bray Dunes in northern France. Photo: AFP

The vaccination campaign is going to increase, with the arrival of the doses from Pfizer and AstraZeneca laboratories during confinement.

Border control with Italy will be strict and reinforced, the chinstrap will become mandatory. It is the first that these measures are adopted locally, after the mayor of Nice prohibited during the school holidays to rent apartments to which they arrived so that they would not import the virus.

The area’s merchant economy is exhausted. Without tourists and with confinement, the fate of the small boutique is tragic. In Cannes, Andrea, a clothing saleswoman in a charming place on rue de Antibes reproaches: “Saturday is our best day to sell. It is unfair. This is a situation that the large supermarkets will take advantage of, which sell clothes and everything in the pandemic ”.

The government of Emmanuel Macron does not rule out implementing new quarantines in other regions of France, given the advance of Covid-19. Photo: AFP

In the old port of Nice, a jewelery seller is furious: “Do you think that four days of confinement is going to change anything?”

The people of Nice are furious. Very close to Italy and Monaco, they could flee restrictions and cross borders. With this new confinement, exits will be difficult.

Infection specialists believe that they are more political than health measures. Epidemiologist Antoine Flahault points out: “I don’t think these measures are up to the challenge.”

“Many of the people who live in the interior of the Alpes-Maritimes work on the coast. There are many interactions. Taking into account the social factor will be more effective. The popular district of Ariane in Nice has become a very important source of infection. It is the promiscuity of the accommodation that spreads it, where isolation is very difficult, ”he explained. “In Singapore they created a sanitary cordon and it worked. In three weeks, the cases will begin to drop, “he said.

For this expert, “the school became the main vector of infections because adults reduced their social interactions with telework, the curfew, closed restaurants, bars and museums. The closure of schools should be the brake engine of this wave. But will it be enough? ”He wondered.

It is not only on the Côte d’Azur where the Covid advances. Dunkerke, in the north of France, beats Nice. Prime Minister Jean Castex arrived there because the transmission rate exceeds 40 percent. As in Nice, it is a coastal territory, where the virus grows as in Pas de Calais. The incidence rate passed 900 against 751 in Nice on Monday. They do not rule out confining.

A man walks along the promenade in front of the beach in Nice. The increase in coronavirus cases worries the authorities. Photo: EFE

Concern for the British strain in Paris

The Ile de France, Paris included, gets complicated. 90 percent of intensive care beds are occupied and they worry doctors. They fear a march overwhelmed by the British variant in the resuscitation rooms.

Martin Hirsch, the general director of the Paris Public Assistance and Hospitals, said that “this will be the week of truth in Ile de France. At least 59 people a day enter intensive care and the incidence rate is 250 in five of the 8 departments. But it has been increasing for a week. The British variant of the virus represents 50 percent of those hospitalized, “he explained.

“I don’t know if the number of cases is going to explode this week or the next,” Hirsch admitted.

The situation in the Grand East of France is disturbing. The five territories in the region have an incidence rate of over 150. In Moselle, the restrictions will be greater and Germany has closed the border with that area and Luxembourg. There is a strong circulation of the South African and Brazilian variant In the area.

“We must be vigilant every day because it can explode”, warned Deputy Fabien di Filippo of the Republican party.

President Emmanuel Macron considered that given the situation, “it is better to regionalize” the measures. A change in strategy to fight the epidemic.

Watch a sport … “Derby” at the wrong time!

The doctor named the cause of death of Yulia Nachalova