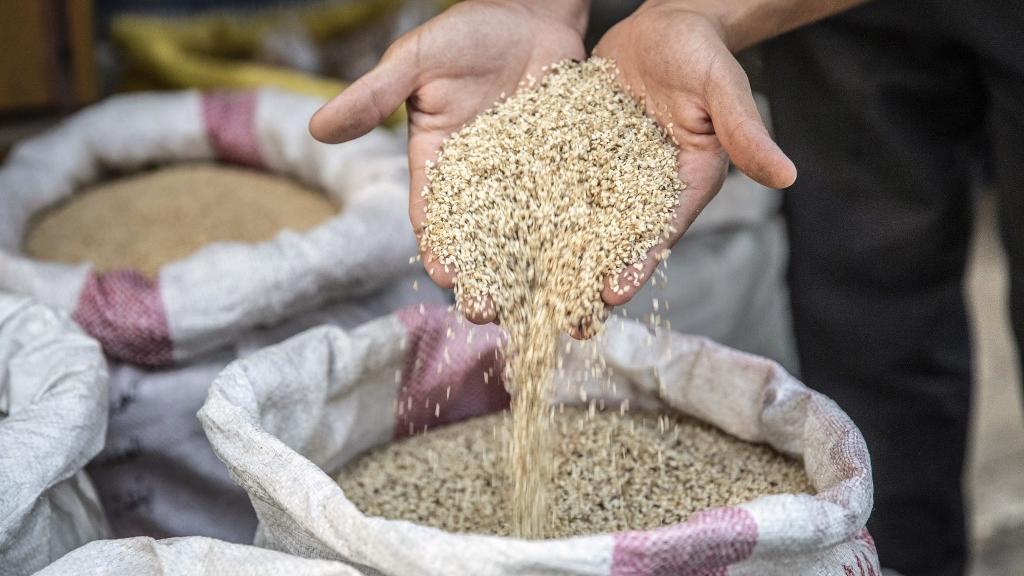 According to the magazine 60 million consumers, “The European Commission informs that 34 batches of sesame are concerned by this contamination with a pesticide banned in Europe, representing a total of 268,453 kg of sesame seeds coming from various Indian exporters”. VSThe sesame lots are said to have ethylene oxide contents 3,500 times higher than the maximum residue limit for these sesame seeds. Details with Benjamin Douriez, from the magazine 60 Million consumers.

franceinfo: What is it?

Benjamin Douriez: This is a problem that was detected in September, in Belgium. Very high levels of a problematic pesticide, ethylene oxide, have been detected in sesame imported from India. Levels several hundred or even thousands of times higher than the authorized limit have been recorded. So since then, professionals in the food industry throughout Europe have been tracking the use of this contaminated sesame. And the products in which it was used are gradually being recalled.

Does it concern a lot of products?

Yes, a lot. More than 250 different references at the last count. Of course, there are packets of sesame seeds, sesame puree, but not only. Sesame is used in many different products: we analyzed the list of recalls, 60 million consumers. The most common product category in these recalls are breads (sold fresh or frozen); the second is the rusks. We don’t necessarily think about it, but in standard rusks, there can be sesame, without it being highlighted much on the packages. And many sweet and savory cookies.

There are also a lot of organic products, is it surprising?

Indeed, here too, we have done the count, 49% of the products recalled in this case, so half are organic products. It is true that there are a lot of sesame products on organic shelves. But it shows that organic products are not immune to problems of non-compliance with current standards – just like conventional products.

How to proceed to sort your cupboards?

Consult the list of recalled products. It can be found on the fraud repression site exhaustively, or on that of 60 million consumers with the photos of the products concerned. But be careful not to be satisfied with the name of the product: if you have a product on the list, also check the lot number. Some lots of a product may be recalled while others cannot.

What if I have consumed contaminated sesame, should I be concerned?

The substance in question is not trivial. It is classified as carcinogenic, mutagenic, i.e. capable of causing genetic abnormalities. But it seems, even if we lack a little information on the side of the French authorities, that the risk mainly concerns prolonged consumption and in quantity. For consumption in smaller quantities, there is no acute danger to be deplored – this is in any case what the Belgian health authorities write, who have uncovered the problem.

This case of contaminated sesame is reminiscent of other cases, such as what was called the “eggs contaminated with fipronil” in the summer of 2017. This insecticide had been used fraudulently on farms. This had led to many brands of waffles and cookies being withdrawn from stores. And there was of course the scandal of “horsemeat lasagna” in 2013. There, there was no proven health risk, but a deception. Several dozen references had been removed from the shelves at the time.

More generally, how do we keep abreast of product recalls?

It is true that there are all year round, we do not necessarily talk about it in the media. This is one of the things that we follow, at 60 Million consumers. With a dedicated section on our site, Product alert. We relay all recalls, products that should no longer be used or consumed, whatever the cause. Recently, a batch of duck breast contaminated with salmonella, or in a different kind, an electric heating model that presents a risk of short circuit.

Biden, who won the highest number of votes in US history, got 8 crores, counting now