France: We are witnessing a third wave of the Corona outbreak 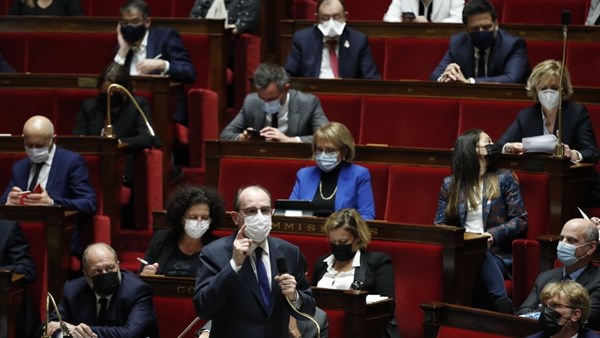 French Prime Minister Jean Castex said, Tuesday, that his country is witnessing a third wave of an outbreak of the new Corona virus, while the country has discovered a mutated strain of the virus that is difficult to diagnose with BCR tests.
Castex told the French Parliament that a third wave of infections is spreading with mutated strains, and in the first place that strain that was discovered in the Brittany region.
Castex said that dealing with this tense situation is through vaccination.
At the same time, Health Minister Olivier Ferrand said that he hopes the country will start using the dose manufactured by the “AstraZeneca” company, amid criticism of the government’s decision to temporarily suspend the use of the vaccine.

Read also … A new strain of corona has been detected, which a BCR examination does not reveal.

Veran said he was awaiting the European Medicines Agency’s statement to reach a decision on the vaccine.
Cases are increasing in France, especially in the Greater Paris region, which is causing so much pressure on intensive care departments that patients are now being transported to other parts of the country.
All this coincides with the discovery of a new mutated strain of the virus.
“The first analyzes of this strain do not allow us to determine whether it is more dangerous or contagious than the original virus,” said a statement issued after the discovery of a large number of infections in a hospital in Lanyon.
The new mutation was discovered when repeated symptoms appeared on the infected, but the Corona tests that were performed for them came back negative. They did not require blood tests to confirm their infection with the virus.
Tests must now begin to better understand the new strain, especially how it interacts with vaccines and antibodies for those previously infected with other strains of the virus.

Last chance to save the USSR named

Brazil exceeds 300,000 dead without a national strategy against the pandemic