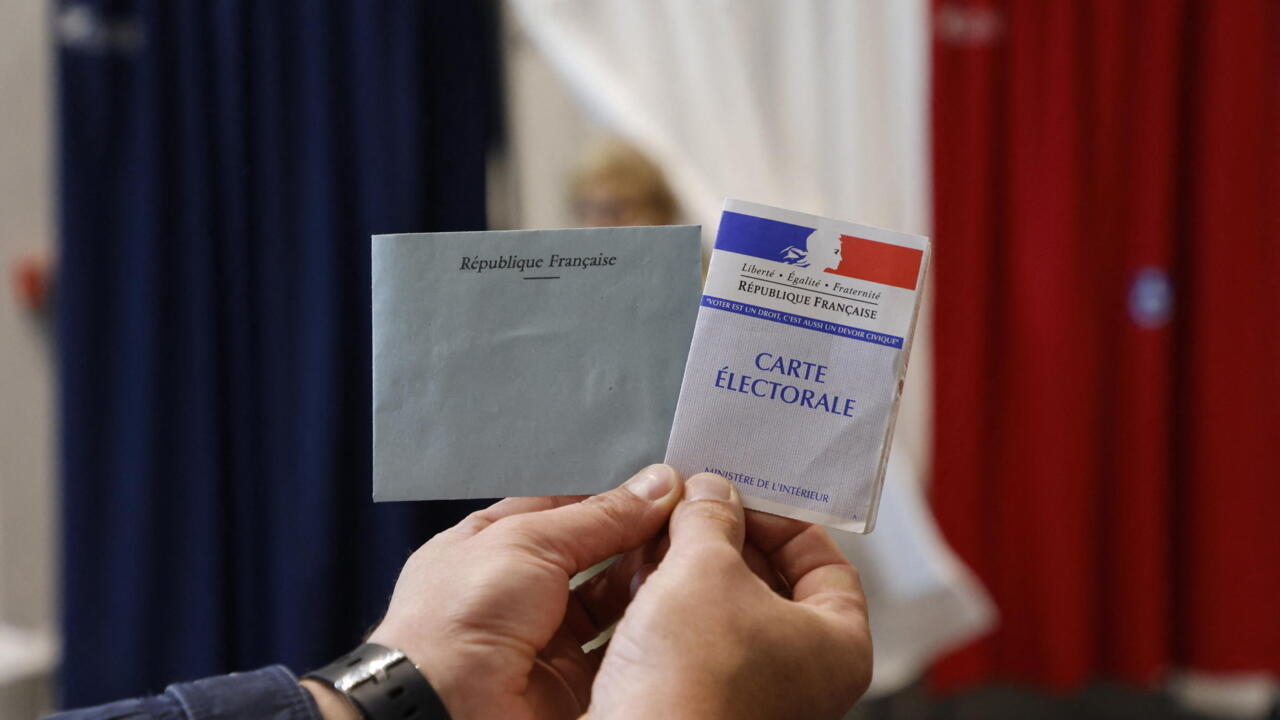 At 8:00 in the morning local time, the polls opened throughout France for the second round of the regional elections last Sunday. A high abstention rate is expected, as a week ago, when the traditional right-wing party, ‘The Republicans’, achieved great results. Marine Le Pen’s far-right party, Agrupación Nacional, hopes to win its first regional government.

Second round of the regional elections in France. The first since Emmanuel Macron became president of the Elysee in 2017 with his party, La República en Marcha (LREM), which suffered a lack of territorial implementation a week ago and did not reach the 10% of the votes needed in many regions. go to the second round.

The polls opened this Sunday at 8:00 in the morning, local time, and the first results at the ballot box will be known 12 hours later, when all the polling stations in mainland France close. One of the main unknowns this Sunday is drawn around abstention, at historical highs above 65%.

Until noon, participation has risen just four tenths compared to the first round (12.66% compared to 12.22% last Sunday), but it still remains below the data from the 2015 regionals, when at noon 19.59% of the voters had already voted.

“Yes, I’m going to vote today, I didn’t vote last week but the abstention rate was a bit of a wake-up call, and that’s why I decided to come vote today instead of staying home or going out for a walk, because it’s important,” affirmed in Paris the Masin Coulibaly.

Gregory, 46, also blamed politicians in the French capital for this high abstention rate. “We must stop making abstentionists feel guilty, if there is a lot of abstention it is because the offer has been terrible for many years and it is only getting worse, and it is rather the politicians who must be asked the question and not to the voters “, it affirmed.

‘The Republicans’ seek to strengthen the results of the first round

The traditional right-wing party, ‘Los Republicanos’, were the main winners of the first round of the regional elections last Sunday, with almost 30% of the votes. Together with the good results of the Socialists, they demonstrated the broad territorial implantation that the two hegemonic parties of French politics still have until Macron’s irruption.

Conservatives see in this election an opportunity to rise in the polls ahead of the presidential elections of 2022. Their main assets are three former ministers, who currently govern three of the most populous regions of France: Valerie Pécresse, governor of Ile de France ( the Paris region), Laurent Wauquiez, governor of the Auverge-Rodano-Alpes region (around Lyon) and Xavier Bertrand, governor of Hautes-de-France, in northern France.

The latter appears as the great asset of the conservatives to be the next presidential candidate. Last week he also wanted to emphasize his figure and especially that of his party as a counterpart to the extreme right of Marine Le Pen.

Despite disappointing first-round results for Marine Le Pen’s far-right party, renamed the National Grouping, the party could rise to victory in the Provence-Alpes-Côte d’Azur region, with its capital Marseille. This region was the only one in which the extreme right was in the lead in the first round.

“A victory for the RN would change the reading of these regional elections,” Bernard Sananes, president of the Elabe pollster, told AFP. It could be a historic victory for Le Pen’s party with which they would be able to strengthen themselves in the face of the 2022 presidential elections.

Their candidate, Thierry Mariani, will have to face the conservative Renaud Muselier, who could benefit from the withdrawal from the leftist list.

With AFP, Reuters and local media.