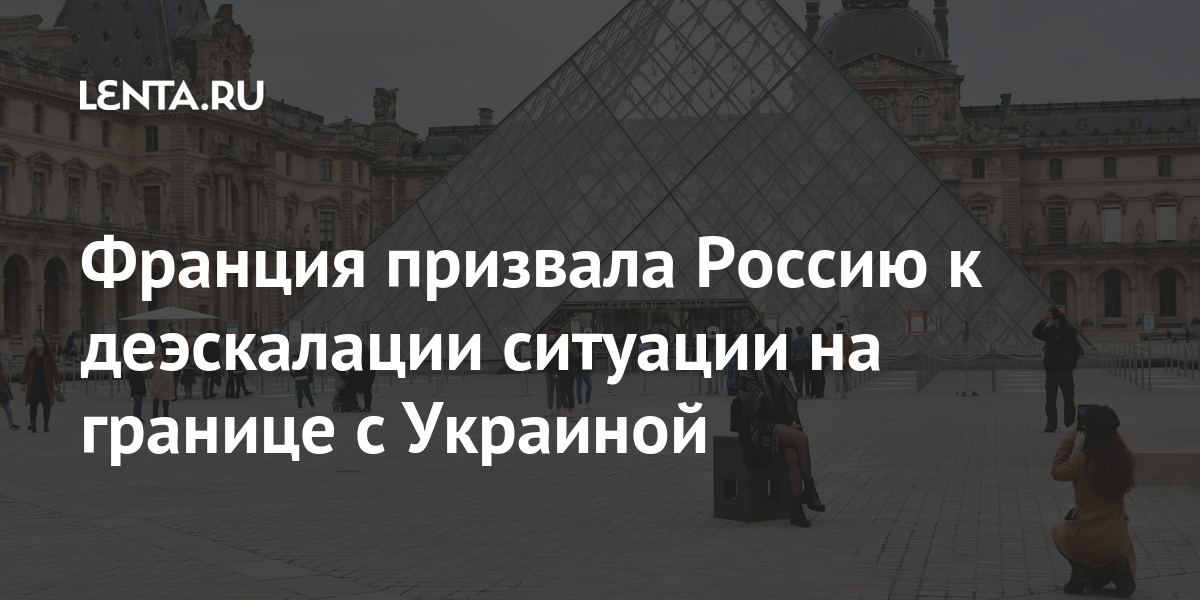 French President Emmanuel Macron called on Russia to de-escalate the tense situation on the Ukrainian border. The politician noted that the existing order is counterproductive. It is reported by TASS with reference to the CBS channel.

“I think this situation is unacceptable, and Russia should de-escalate the situation, this is obvious. The current situation and the level of tension are absolutely counterproductive and unacceptable, ”the French President said in his statement.

Earlier, Macron expressed a desire to hold talks with Russian President Vladimir Putin in the near future. He declared the need to comply with the Minsk agreements, and also expressed his determination to find a “lasting political solution to the conflict” in the south-east of Ukraine.

Tensions in relations between Russia and Ukraine, as well as Western countries, increased due to the deterioration of the situation in southeastern Ukraine at the end of March. Kiev, the self-proclaimed Donetsk and Lugansk People’s Republics announced an increase in shelling.
Kiev accuses Moscow of building up its military presence in the region. The Kremlin declares the frightening situation in Donbass and calls on the Ukrainian authorities to fulfill the Minsk agreements.

Death Crown is now available to pre-order on Xbox