France: try not to use mechanical respirators to save severe coronavirus patients 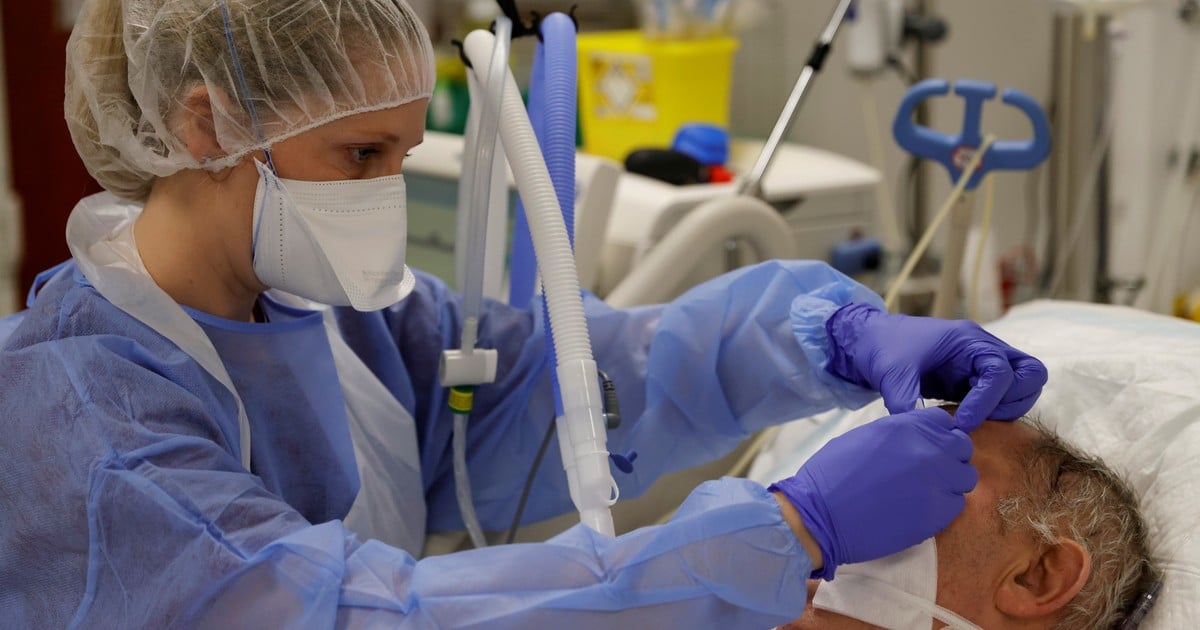 While slowly suffocating in an intensive care ward in France, Patrick Aricique he feared dying from his diseased lungs to those he felt “completely burned inside, burned like the cathedral in Paris”, while exhausted doctors and nurses worked day and night to keep seriously ill patients from coronavirus alive, just like him.

A married couple who were in the same ICU died within hours of each other, while Aricique, who felt as fragile as “a soap bubble about to explode,” was also battling the coronavirus. The 67-year-old retired builder attributes his survival to a divine hand. “I saw archangels, I saw little cherubs,” he said. “It was like communicating with the afterlife.”

On his side were French medical professionals who, forged from the bitter experiences of waves of earlier contagions, now fight tirelessly to keep patients awake and sin mechanical respirators, if possible. They treated Aricique with nasal tubes and a mask that provided his agitated lungs with a constant flow of oxygen. This saved him the discomfort of a thick vent tube down his throat and the heavy sedation that patients often fear, as they sometimes rightly never wake up.

Between 15% and 20% of its intubated patients do not survive. Reuters photo

Although mechanical ventilation is unavoidable for some patients, it is a measure that is taken less systematically now that at the beginning of the pandemic. Dr Philippe Gouin, who runs the ICU ward where Aricique was treated for severe COVID-19, said: “We know that every tube we insert is going to bring its share of complications, extended stay, and sometimes , morbidity “.

Between 15% and 20% of your intubated patients do not survive, He said.

“It is a milestone that weighs on survival”Gouin said. “We know that we will lose a certain number of patients who we will not be able to help overcome this situation.”

The shift to less invasive respiratory treatments tIt is also helping French ICUs avoid collapse faced with a new avalanche of coronavirus cases. The third wave of infections in France, overwhelmed by a more contagious variant of the virus that struck neighboring Britain for the first time, pushed the number of COVID-19-related deaths to more than 100,000 people. Hospitals across the country are once again grappling with the macabre math of making room for thousands of critically ill patients.

“We have a continuous flow of cases”said Dr. Philippe Montravers, head of the ICU at Bichat Hospital in Paris, which is putting patients back, under pressure, into makeshift critical care units. “Each of these cases are absolutely terrible stories: for the families, for the patients themselves, of course, for the responsible doctors, for the nurses.”

Sedated patients who are kept alive on mechanical ventilation often occupy their beds in the ICU for several weeks, even months, and the physical and mental trauma of your calvaries can take months longer to heal. But 13 days after his admission to the ICU in the Norman cathedral city of Rouen, Aricique recovered enough for another critically ill patient to take his place.

A nasal ventilation system The non-invasive treatment that supplied thousands of liters of oxygen every hour helped him overcome the worst of the infection, until he recovered enough that the flow was reduced to a drip of serum and he could sit upright, with the New Testament of the Bible by his side. After a small lunch of tortilla and red cabbage to begin to regain strength, Aricique said that he felt he had risen. A nurse released him from the serums that had been plugged into his arms, discarding the tubes as if they were entrails.

Dr. Dorothee Carpentier, who was doing the rounds with junior doctors and nurses, allowed herself a mini-celebration as she passed by Aricique’s room, who had been declared fit for discharge. He decided that the patient in the next room could also leave. He described the impending departures as “small victories” for the entire 20-bed ward, a temporary facility in what was previously a surgical unit and is now fully converted for C0VID-19 care.

“I imagine they will be reoccupied in the morning”Carpentier said of the two unoccupied beds. “The difficult thing about this third wave is that there is no stop button. We don’t know when it will start to slow down.”

Further down the hall, a 69-year-old woman in a prone position was straining to breathe with an oxygen mask and was getting dangerously close to the point where doctors they would decide to anesthetize and intubate her. Nurse Gregory Bombard called the visiting woman’s daughter-in-law in an effort to avoid that next step, instilling in her the importance of sticking with the mask.

“Morale is very important, and she has to turn this situation around,” Bombard said. “We do what we can. They also have to work hard to win, if not, they will lose. “

“Do what you can,” said the nurse to the daughter-in-law.

Later, the relative left the patient’s room with misty eyes and in shock.

“It’s very hard to see her like this,” he said. “He is getting carried away.”

In another room, Gouin kindly pleaded with a 55-year-old market stall owner who complained that his oxygenation mask it made him claustrophobic.

“You have to play the game,” insisted the doctor. “My goal is that we don’t get to the point of having to put you to sleep.”

The patient agreed. “I don’t want to be intubated, to be in a coma, without knowing when I’m going to wake up“, He said.

Intubations can be traumatic for everyone involved. One patient who was sobbing when he was put to sleep was still sedated in the ICU almost two weeks later.

“You could see he was terrified,” recalls Bombard. “It was horrible”.

Rosángela Espinoza regrets the death of her uncle: "May he rest in peace"