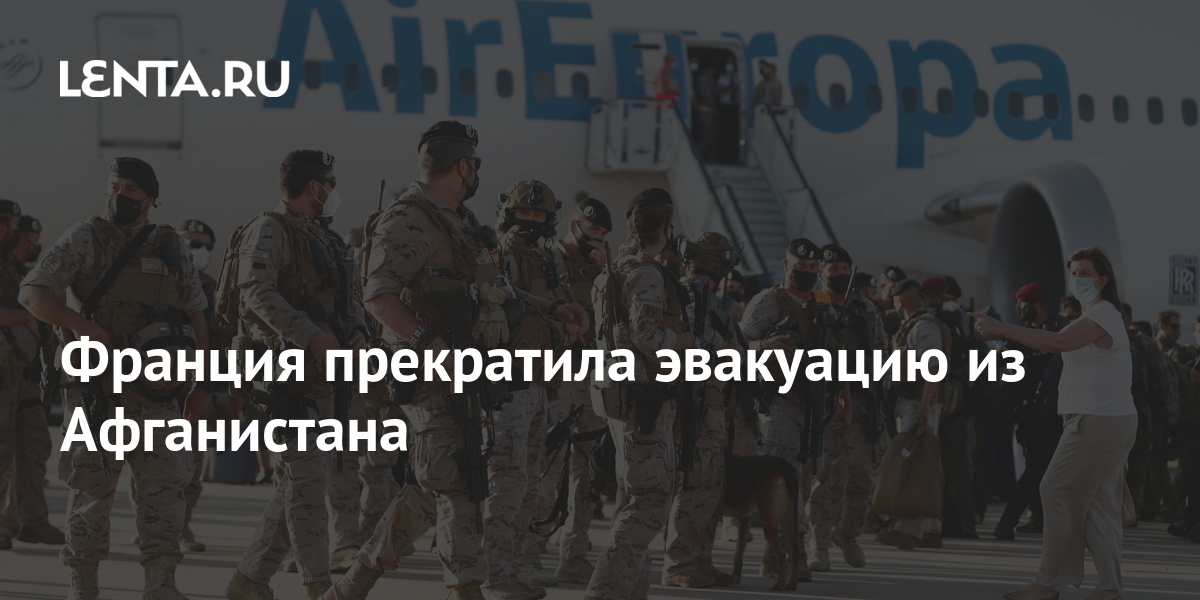 France stopped the operation to evacuate its citizens and the Afghans who collaborated with its representatives. This was stated by the Foreign Ministry and the Ministry of the Armed Forces of the country, reports TASS…

“Following confirmation of the prompt withdrawal of US forces responsible for the security of Kabul airport, conditions at the airport no longer meet security criteria. In this regard, the evacuation operation was stopped on Friday, August 27, ”the ministries said in a joint statement. It is clarified that the French diplomats have already left Kabul.

On August 27, special forces fighters of the radical Taliban (a terrorist organization banned in Russia) entered the territory of Kabul International Airport. According to Sputnik Afghanistan, the Taliban has been delegated security powers in most of the airport in the Afghan capital.