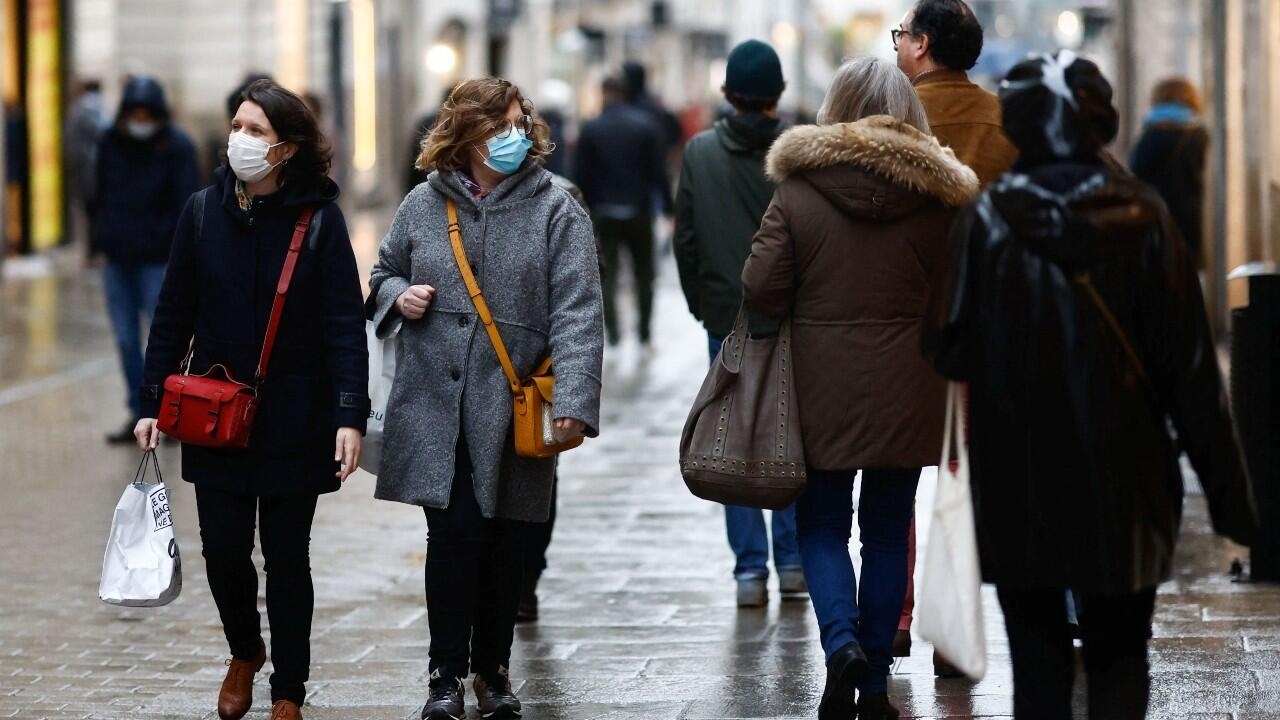 The country de-escalates part of the package of measures that came into force in December in the face of the powerful advance of the Ómicron variant that included the mandatory use of the mask outdoors in most cases, teleworking and reduced capacity. In addition, after the school holidays, the protocols will also be relaxed. President Emmanuel Macron reported that, if the decline in figures continues, the opening of other items will also begin on February 16.

As of this Wednesday, February 2, a series of measures that were in force since last December and that aimed to prevent and stop the advance of the fourth wave of infections will expire in France. This resolution is based on the sustained decrease in cases caused by the Omicron variant.

Among the restrictions that will expire is the mandatory use of a mask in outdoor spaces.. However, the French Government indicated on its website that there will be special situations in which it must continue to be used. Such are the cases when you cannot keep a meter away from other people.

With the end of the wearing of masks, the constriction of the authorities regarding the telecommuting, which had to be fulfilled in a minimum of three days a week in the jobs where it was possible. However, the Executive continues to recommend it, but it will be up to the employers to decide.

Another of the modifications that will return to its previous instance to the December restrictions is related to the capacity for shows, public meetings or sporting events. It was currently limited to 2,000 people in rooms or closed spaces and 5,000 in stadiums.

#COVID19 | From now on, the port of the masque is not the most obligatory abroad.


However, despite the fact that the capacity will be released in these places, indoors the need to use masks will continue to apply and in some cases the vaccination certificate will be requested to enter, not only the health passport.

In dialogue with the newspaper ‘La Voix du Nord’, President Emmanuel Macron explained that this will be the first stage of lifting restrictions, an aspect in which progress will be made depending on the numbers and the evolution that is caused regarding the positive cases of Covid. -19. “For several days we have had a drop in the incidence rate,” he said.

The head of state stressed that the next phase of expiration of more restrictions is scheduled for February 16, if the numbers of the pandemic continue to drop. “Everything leads one to think” that it is very likely, Macron said.

The resolutions that will expire in February are addressed to the reopening of leisure establishments, such as nightclubs, which are closed from December 10. In addition, concerts can be organized where the public is standing and the consumption of bars and restaurants for people on foot will be expanded.

It will also relax health protocol for schools for the return of the February holidays, although that is an issue to be addressed in the Health Defense Council chaired by Macron.

Beyond the fact that the speed of infections slowed down, the figures in France remain high. Last Tuesday they reported 416,896 cases in 24 hours, although it may be a misleading number that does not accurately reflect reality, given that the days after weekends usually show a higher than average number.

Regarding hospital capacity, almost 33,000 people remain hospitalized for coronavirus, but the use of Intensive Care Units has stabilized and reduced. Will Gran Turismo 7 have a 30fps ray traced graphics mode?