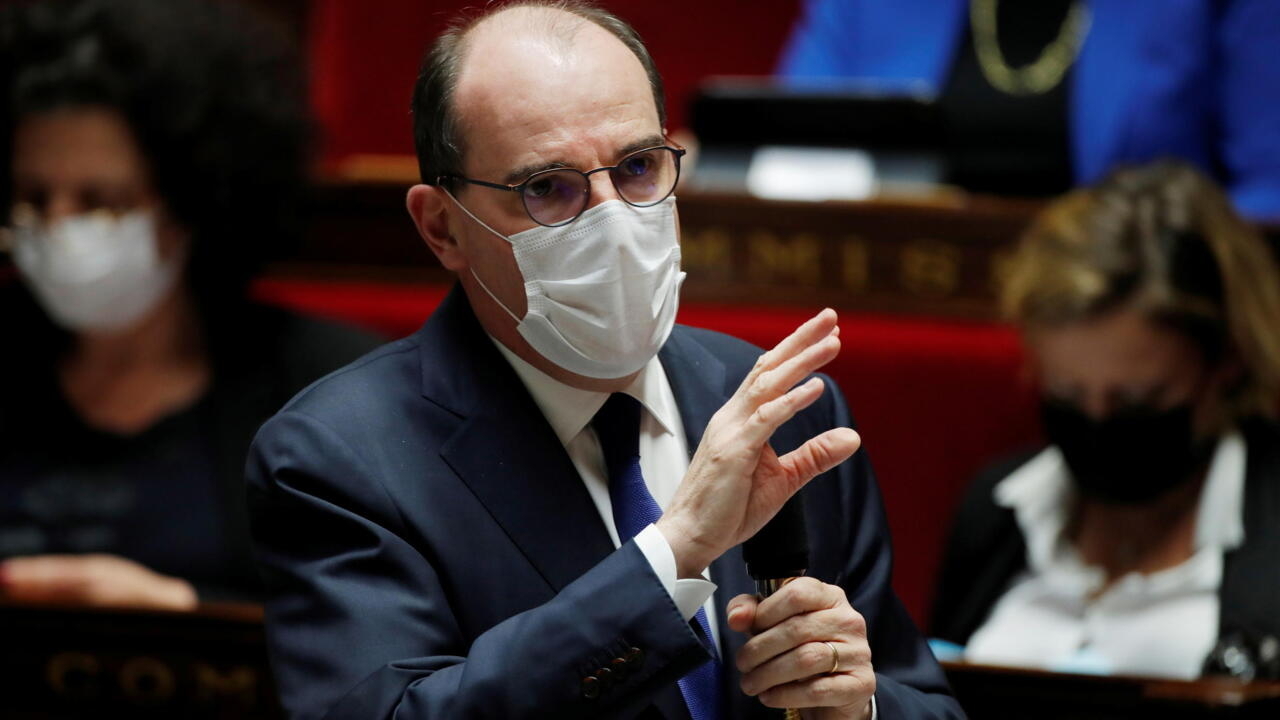 French President Emmanuel Macron met on Wednesday with those responsible for managing the pandemic in France to elucidate the convenience of new restrictive measures in the Paris region, whose hospitals are saturated due to the increase in coronavirus cases. On Tuesday, Prime Minister Jean Castex dropped the possibility of a weekend lockdown in the region.

The epidemiological situation in France continues to worsen, especially in the region of Île-de-France, in which Paris is located and where more than 12 million people live. There, the increase in Covid-19 cases is leading to a gradual worsening of hospital occupancy, which has led the Government to put on the table the approval of more restrictive measures.

President Emmanuel Macron affirmed on Tuesday that “new decisions” will be made in “the next few days” and this Wednesday he met with those responsible for managing the pandemic in France to elucidate the convenience of new restrictive measures in the region.

In Île-de-France the incidence rate is close to 420 cases per 100,000 inhabitants, while in the country as a whole it has exceeded the maximum alert threshold of 250 cases. In addition, in this region there are 1,177 patients in intensive care units, more than a quarter of those in the whole of France.

Given these figures, the possibility of moving patients to other regions had been raised, but the general director of the entity that brings together the public hospitals in Paris, Martin Hirsch, indicated this Wednesday that so far only 10 people have been transferred. “At the end of March, we think, without the trend accelerating or slowing down – and it will not stop – that we will have between 1,700 and 2,100 patients,” he said.

The possibility of confinement on the weekend “is on the table”

In recent weeks, Macron has been resisting a new general lockdown, but on Tuesday Prime Minister Jean Castex in turn left the door open to a weekend lockdown in the region. It is an option that “is on the table,” he said.

Castex indicated that the way in which possible measures will be carried out has yet to be evaluated. “We will see the geographical perimeter that we are going to adopt. But it seems to me that the time has come to make decisions in the Paris region,” he told BFMTV television.

Along with this announcement, the prime minister also pointed to the possibility of publicly vaccinated with the AstraZeneca antidote to set an example in the face of doubts about its side effects.

“Until now he told me that he would vaccinate me when it was my turn, without shortcuts. (…) In this situation I am considering vaccinating myself quickly to show our fellow citizens that the vaccine is our exit door,” said the head of government.

Meanwhile, in the northern region of Brittany, the authorities announced the appearance of a new variant undetected by the usual PCR tests, which, however, at the moment does not appear to be “more serious or more transmissible than the historical virus”, according to affirmed from the General Directorate of Health (DGS).

“The first analyzes indicate that this new variant does not allow to conclude a greater severity, nor to conclude a greater transmissibility of this virus”, but “as this variant is effectively more difficult to detect, we have difficulties to estimate the denominator, and in relation to that, depending on the circulation of the virus and what we can identify, it is difficult to assess its transmissibility and its degree of severity ”, said the organization.

This new variant was detected after detecting a source of contagion of 79 people in the Lannion hospital on March 13, of which eight carried this variant of the virus.

#laschetdenktnach: CDU boss is thinking about corona measures at Easter – and is getting a lot of ridicule on Twitter