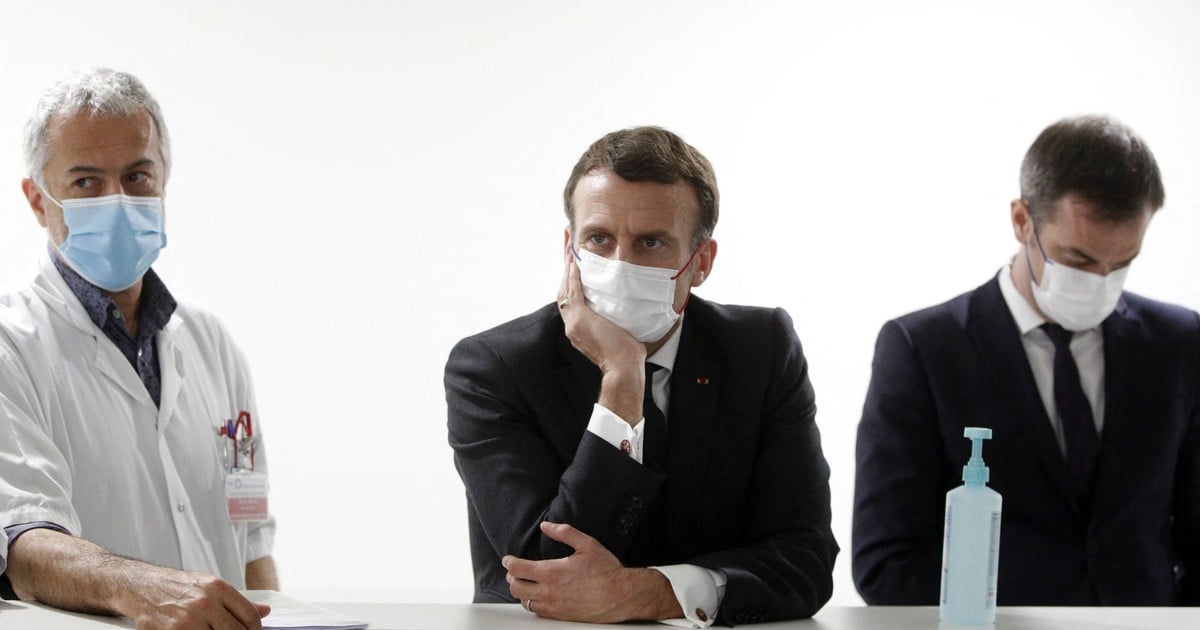 Following a spike in coronavirus infections that has Paris hospitals nearly saturated, the authorities contemplate new restrictions in the capital, they can go until the return to a home confinement.

The government will announce this Thursday “additional measures” in “the territories most affected” by the covid-19 epidemic, executive spokesman Gabriel Attal said on Wednesday after a cabinet meeting called by President Emmanuel Macron.

Among these territories is the Paris region, the most populated with 12 million inhabitants, where the circulation of the virus, marked by the spread of new variants, it has been accelerating steadily for weeks.

To stop this rebound, the government is considering different scenarios, including a confinement in the capital region during the weekends, or even permanently.

At the conclusion of the cabinet meeting, Macron will visit a hospital near Paris and meet with local officials before making a final decision, the government spokesman said.

To prevent a collapse of the capital’s hospitals, the authorities began to evacuate critically ill patients to other regions this week less affected and suspended a part of the non-urgent operations.

The rate of infections reported in the last seven days in the capital and its surroundings reached 418 per 100,000 inhabitants, well above the so-called “high alert” threshold of 250 decided by health authorities.

For a few weeks a lockdown is already in effect on weekends in the tourist department of the Alpes-Maritimes (south-east), where Nice is located, and in the department of Pas-de-Calais (north), off the British coast.

And at the national level there is already a night curfew (between 6 and 6) for two months, while restaurants, cafes, bars, museums and cinemas have been closed since the end of October, all measures that in the opinion of the government are insufficient.

Local lockdowns respond to a new Macron strategy that seeks to avoid at all costs a third national closure, which would be devastating for the economy when signs of recovery begin to appear for the second half of 2021.

This deterioration of the situation occurs at a critical moment: the suspension of vaccination with the AstraZeneca drug in France, as in its neighboring countries, it has caused a halt to the vaccination campaign.

The government, which has set itself the goal of vaccinating 10 million people by mid-April, hopes to quickly resume the campaign with this immunizer, which can be applied by doctors in their offices or in pharmacies.

Of the more than 5.2 million first doses injected in France, 1.3 million were from AstraZeneca, the rest are Pfizer / BioNTech and Moderna vaccines.

On Tuesday, 320 deaths from the covid were registered in the country, so the figure in one year exceeds 91,000 deaths.

France registered in the last 24 hours 38,501 new cases of coronavirus, a notable increase compared to the 29,975 reported the previous day, according to BFM TV, citing health sources.

In addition, 357 people died in hospitals as a result of the virus compared to 314 this Tuesday, which brings the number of deaths in France since the start of the pandemic, in March 2020, to 91,411.

There are 25,314 people admitted for the disease, of which 4,219 are in serious condition in intensive care units.

The French Government is discussing this Wednesday with the local authorities of the Parisian region, Île de France, and Hauts de France, on the border with Belgium, more restrictive measures to deal with the increase in cases.

Falcon and the Winter Soldier: Captain America will not return to the MCU