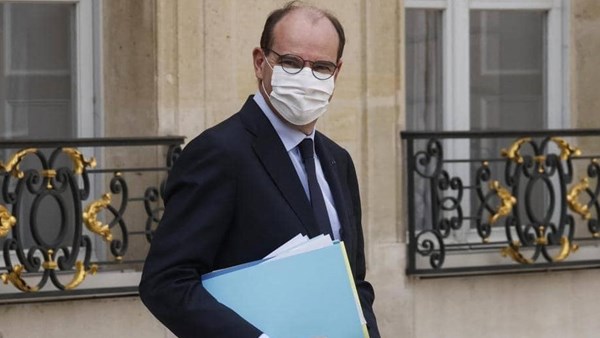 Paris decided to postpone the visit of French Prime Minister Jean Castex to Algeria, which was scheduled for Sunday.
The visit, which was aimed at dedicating the return of warmth to the complex relations between the two countries, was postponed indefinitely, in a surprise move Paris attributed to the Corona crisis, while informed sources confirmed that its reasons are diplomatic.
The French Prime Minister’s Office said, “The Covid 19 pandemic does not allow these delegations to be in completely satisfactory conditions.”
He added that the French-Algerian governmental committee, the body within which the bilateral meetings was supposed to be held, “was therefore postponed to a later date when the health context is more appropriate.”
However, identical French and Algerian sources attributed the postponement of the visit to diplomatic reasons, noting that the size of the French delegation, which was reduced due to the pandemic, was considered insufficient by Algeria, which informed Paris of this, which hastened the late decision to postpone the visit.
A French source familiar with the issue said that “the composition of the delegation is substandard” in Algeria’s view.
An Algerian source said that France “reduced the duration of the visit to one day and the size of the delegation to 4 ministers. It is a miniature formation while there are many bilateral issues that must be studied.”
This visit was supposed to represent a new step in the bilateral rapprochement that was initiated by French Presidents Emmanuel Macron and Algerian Abdelmadjid Tebboune.
During the postponed visit, Castex was to chair, in conjunction with his counterpart Abdulaziz Jarad, the High-Level Governmental Committee, the body that meets regularly to assess economic cooperation between the two countries in particular.
This committee has not met since December 2017 due to the popular movement in Algeria that led to the ouster of President Abdelaziz Bouteflika in 2019, and then due to the health crisis associated with Corona.

I am: imitator of Chacalón breaks after passing the preliminary casting

Rising number of cases: The “Tübingen model” is starting to wobble