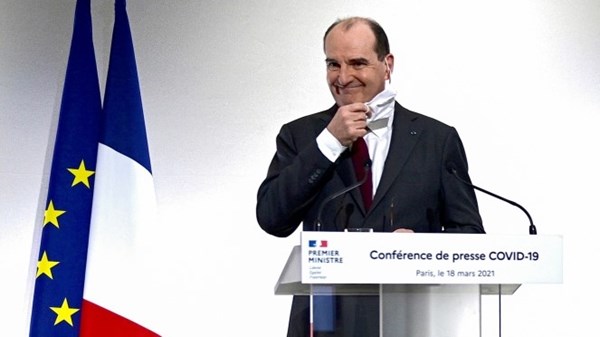 The French government announced, this evening, Thursday, the imposition of strict measures to stop the third wave of the outbreak of the new Corona virus.
The prime minister said Jan CastexDuring a press conference, “new measures will be imposed to curb the epidemic strongly, starting at midnight Friday, for a period of four weeks,” explaining that schools will remain open.

Read also … France: We are witnessing a third wave of the Corona outbreak

These drastic new measures include a new, full lockdown for a month in 16 French provinces, including the capital and its region, as of Friday.
This comes as the death toll from the Corona virus approaches the threshold of 100,000 in France.
Castex had acknowledged days ago, in front of Parliament, that his country was witnessing a third wave of the outbreak of the virus.