France elects local representatives in the second round of regionals 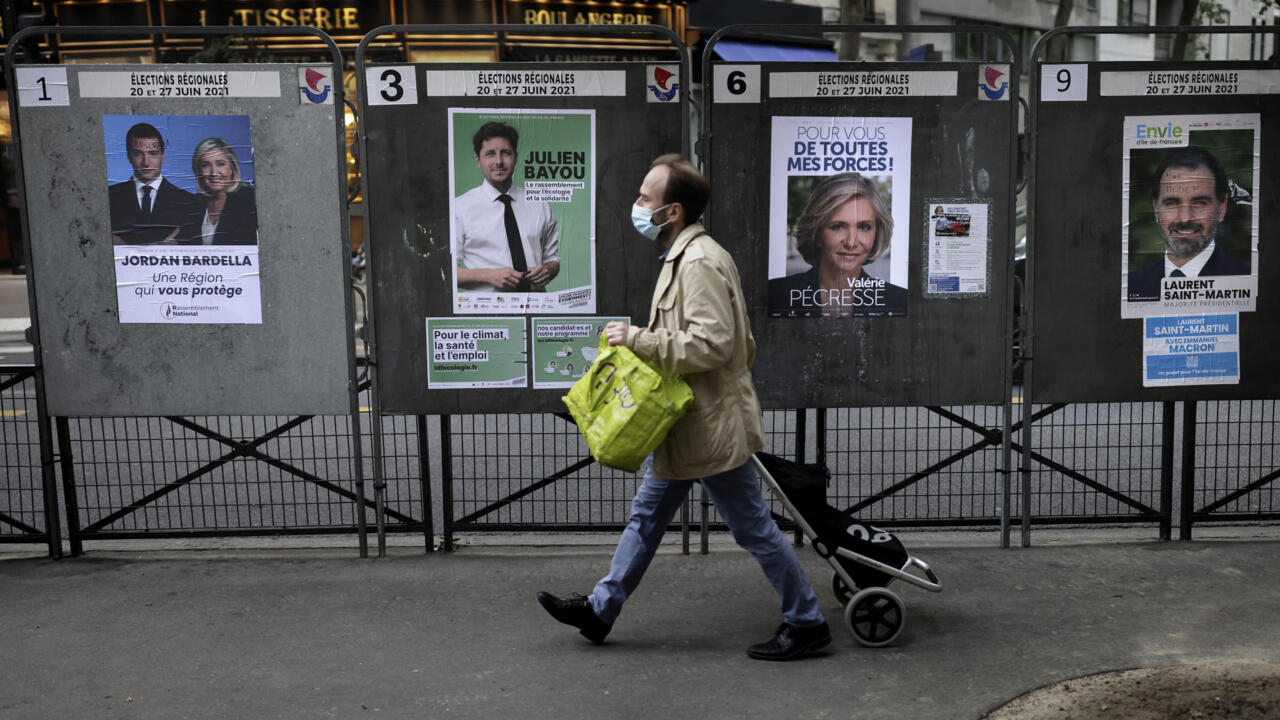 Following favorable results in the first round of regional elections, elected representatives await confirmation in the second round, although voting is expected to be tight in several regions.

France experienced the first round of regional elections in France, marked by historical abstention. These are important elections, just ten months before the presidential elections, which will serve especially as a thermometer of the strength of the extreme right.

The chosen ones hope to transform their good result into a definitive victory on Sunday June 27, the date of the second round.

Some are clearly favorites: on the right, Xavier Bertrand in Hauts-de-France, Laurent Wauquiez in Auvergne-Rhône-Alpes, and even Valérie Pécresse in Île-de-France. On the left, the socialist Carole Delga in Occitanie and Alain Rousset in Nouvelle-Aquitaine.

But some elections promise to be tight. In Provence-Alpes-Côte-d’Azur (Paca), the far-right Rassemblement National (RN) party emerged the winner of the first round, closing in on the possibility of ruling a region for the first time in French history. Marine Le Pen called for mobilization of her electorate, who particularly rejected the idea of ​​going to the polls, amid a 66.7% abstention.

“An RN victory would change the course of these regional elections,” Bernard Sananès, president of the Elabe Institute, told AFP. And it would not only be a historic first, but also a way for Marine Le Pen to start projecting her candidacy for the 2022 presidential election.

Ten months before the presidential elections in France, the votes in the Paca region will test the strength of the “republican front” after the retirement of the environmental leader, Jean-Laurent Félizia.

“The 2015 scheme, with an electorate that had mobilized strongly to block RN, does not seem to be in place,” says Frédéric Dabi. An Ifop poll indicates that only 45% of voters on the left are willing to vote for the LR candidate.

Definitely, there will be a difficulty in these regional elections to escape from national problems. Xavier Bertrand, Laurent Wauquiez and Valérie Pécresse will try to use them as a springboard to start the race to the Elysee.

“It is certain that the regional governments can re-create a dynamic for the right that has been deprived since 2017,” political scientist Pascal Perrineau told AFP.

But is there a unitary dynamic? The answer is not obvious, ”says Pascal Perrineau, citing as an example the low score in Hauts-de-France of the environmentalist Karima Delli, who had come to unite the left in the first round.

In other regions, candidates are careful to declare victory over the RN party that followed them on Sunday: this is the case of Marie-Guite Dufay (PS) in Bourgogne-Franche-Comté and François Bonneau, also a socialist, in Center-Val-de-Loire.