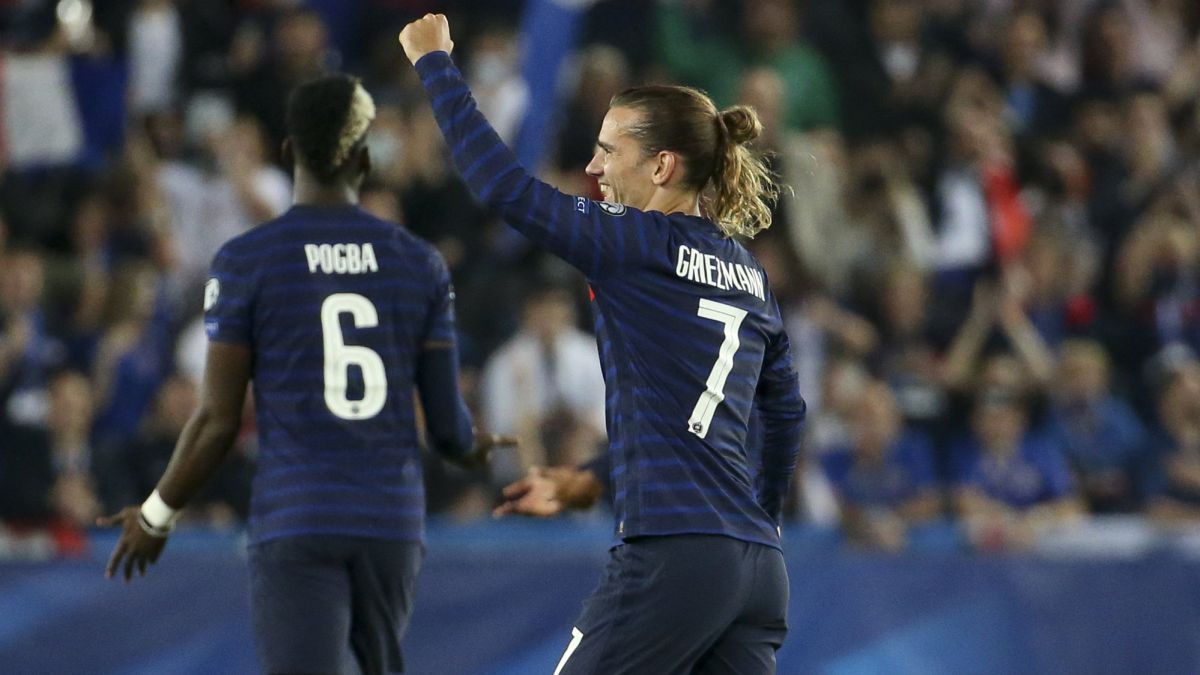 Not even the return to the emblematic Strasbourg field made France react, a selection doomed in Deschamps’ results that the 2018 World Cup gave him and that his football does not seem to evolve towards a winning trend. After the announcement of the Eurocup and just over a year for the World Cup in Qatar, the current world champion remains without carburetion. Today, they drew 1-1 against a very competitive Bosnia in a match in which Koundé saw the red in the second half for a very tough tackle on Kolasinac. Dzeko put the visitors ahead and Griezmann, fortunately, tied before the break.

France’s eleven had little or nothing to do with the one that was eliminated against Switzerland in the European Championship. Several new faces, airs of new generations and, above all, a team full of talent in all lines of the field. In defense, Koundé was the great novelty on the right side; in the center of the field, Pogba was the axis, Lemar came out as a left inside in the diamond and Veretout debuted with the French team. In attack, Deschamps once again trusted Benzema, Griezmann and Mbappé, now even more so after not having called up Giroud for the September commitments.

It seemed that France was still having nightmares about the Euro. The French national team had a rather thick first half against a warrior Bosnia that defended with five defenders and competed wonderfully during the first 45 minutes. The slowness in the movement of the ball of the Gauls, together with the lack of depth in bands, especially due to the position of Koundé, which is central and not lateral, they caused that those of Deschamps did not have clarity in the final meters.

At the expense of a Mbappé shot to the post, the feeling in Strasbourg is that the Bosnian goal could come before the French goal. And so it happened. Dzeko, a striker who seems to have 7 lives and continues to perform in the middle of 2021, took advantage of a mistake by Lemar in the ball to beat Lloris with a shot with the left from medium distance. Nevertheless, all the danger that France had not had for 40 minutes was immediately offset. Griezmann, recently signed by Atlético, scored in an unorthodox way after scoring a corner from Mbappé with his back and put the tables on the scoreboard before the break.

If the first part had been a heap of misfortunes for France, the second half started with another bad news. Koundé, very lost on the right side, hit Kolasinac’s ankle in a tackle that carried an inordinate intensity. The referee, after initially giving him a yellow, went to the VAR monitor and sent off the Sevilla player directly. With one less, France had to retreat and Bosnia’s feeling is that it was delighted with the tie despite having numerical superiority. In a second half with practically no chances, both teams signed the armistice in Strasbourg.

Colombia: the top leader of the ELN guerrilla leaves the command due to health problems

A distinctive astronomical phenomenon.. Saturn at the closest point to Earth