France commemorates, but does not celebrate, the bicentennial of Napoleon’s death 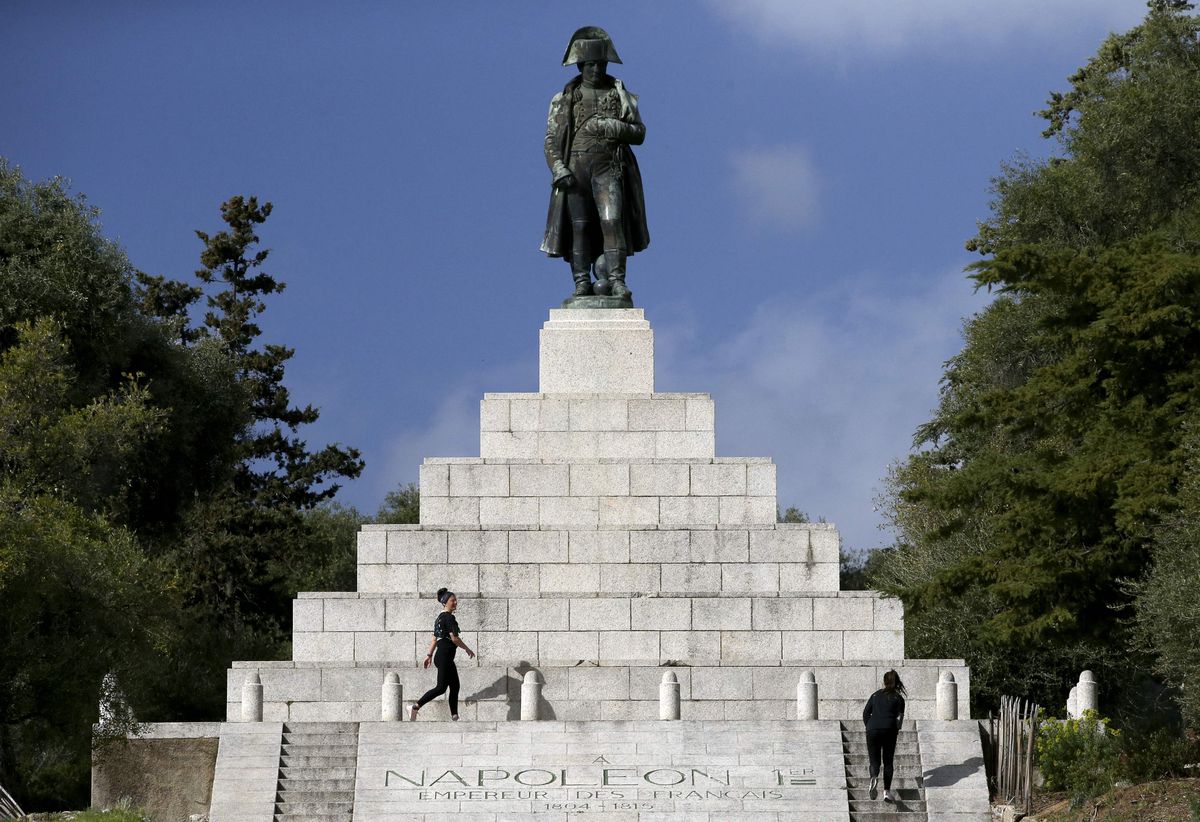 All, Napoleonians and anti-Napoleonians, agree: France does not celebrate Napoleon on the bicentennial of his death; commemorates it. Napoleon Bonaparte died on May 5, 1821, confined on the island of Saint Helena, in the Atlantic Ocean. He was born in Corsica in 1769, a year after the island was incorporated into France, and as Stendhal would write, as an adult “he did not speak French or Italian correctly”. Celebrate or commemorate: nuance matters.

Napoleon is not De Gaulle, the other historical figure that marks modern France. When 2020 commemorated the fiftieth anniversary of the death of General Charles de Gaulle, and other events related to him, the unanimity was overwhelming. This was a celebration, and not just a commemoration. From the extreme left to the extreme right, the man who led the resistance to the Nazis and founded the Fifth Republic, all were Gaullists.

With Napoleon it is different. Two hundred years after his disappearance, France is not sure how to remember him, or which of the multiple incarnations of the character to remember exactly. Bonaparte, what is he known as while he is general or first consul of the young Republic? Or Napoleon, the name he adopted on December 2, 1804 when he was consecrated emperor? The man who consolidated the Revolution with its modern and egalitarian principles? Or the military coup that, at the same time, liquidated it and established a dictatorship? The last French conqueror? Or the one responsible for invasions and wars that left a trail of blood and pain? To the author of the Civil Code and of an architecture of the rule of law that still persists, not only in France? Or the ruler who enshrined the inferiority of women in the law and reinstated slavery?

“Napoleon was always the subject of discussion,” summarizes the historian and director of the Napoleon Foundation Thierry Lentz. “He is a character with so many contrasts, so paradoxical, that according to the moment he has become someone of the right, of the left, and again of the left and again of the right. He already expected it to be so. He said it. And if to this is added the atmosphere of contemporary sensibilities, the cocktail is formidable ”. Speaking of contemporary sensibilities, Lentz, who just posted in French Pour Napoléon, alludes to those who judge the character who lived on horseback between the end of the 18th century and the beginning of the 19th, with the prism of 2021 and the fighting of our time. And he adds: “A great character in the history of France and Europe who can be blamed, for example, the status of women and the reintroduction of slavery represents a dream prey.”

The list of episodes that make up the black legend of Napoleon Bonaparte is long, a very real legend in many respects, exaggerated in others. The essayist Paul Johnson, who is not exactly a leftist, but a conservative Briton, portrayed him, in a short biography published in 2002, as a war criminal, the great-uncle of Hitler, Stalin and Mao. Johnson writes: “The great evils of Bonapartism – the deification of force and war, the centralized and super-powerful state, the use of propaganda to exalt the autocrat to apotheosis, the military organization of entire peoples for the sole purpose of power. personal and ideological – matured in a hateful way in the twentieth century, which will go down in history as the ‘Age of Infamy’.

On the bicentennial, a stain stands out in the Napoleonian legacy: the decision in 1802 to reinstate slavery in the French colonies, which the Revolution had abolished in 1794. “France was the first country to abolish slavery and, with Napoleon Bonaparte, is the only country in the world to have restored it ”, says historian Frédéric Régent, author of La France et ses slaves. From colonization to son abolition (1620-1848). This historian distinguishes the colonies in which slavery had been maintained after its abolition – because they were occupied by the English or because the colonists resisted applying the order – and those in which it had been effectively abolished. Napoleon’s decision was twofold: he maintained slavery in territories where it had never been abolished; and, after a local rebellion, he reintroduced it to Guadalupe in the Antilles.

Régent explains that “the decision to keep slavery where it had been kept is for economic reasons, but also because he considers that blacks need a master to work and to take care of them in a paternalistic way.” And he specifies: “More than racism, I prefer to speak of color prejudice, which is the term used at the time.” “Regarding the reestablishment of slavery in Guadalupe”, he continues, “he takes up the other arguments, but he also says that it is a punishment”. Slavery was not abolished again in France until 1848.

In French overseas territories, such as Guadeloupe, the memory of Napoleon is even more complex than in European France. “For twenty years, when you think of Napoleon, you think of the reestablishment of slavery,” explains Régent, who is of Guadeloupean origin. “But for a long time there was a positive memory. My grandfather’s brother in Guadalupe, who was black and born around 1920, was called Napoleon! ”. In his opinion, the best way to commemorate it would be “to do it without celebrating or glorifying it.”

And yet France, and Paris in particular, continues to celebrate and glorify it in its monumental urbanism. The geography of the French capital is an immense tribute to Napoleon, from the Invalides where his remains returned in 1840, to the names of the streets, avenues or train stations that refer to battles and marshals: Friedland, Iéna, Wagram, Austerlitz , Duroc… In the Arc de Triomphe, the most grandiloquent of all the monuments he projected, names of other campaigns are inscribed in giant letters: Sarragossse, Valls, Alba de Tormes, Lérida, Ciudad Rodrigo, Tortose, Valence. Cities of the country that it invaded, in which it got bogged down and which, together with Russia, accelerated its fall.

“A parallel could be made between the Napoleonic war in Spain and George W. Bush’s project in Iraq in 2003,” argues the French Hispanist Benoît Pellistrandi, author of Histoire de l’Espagne. Des guerres napoléoniennes à nous jours. “There is the idea that democracy is going to be implanted, and the political, social, geographical and economic realities that give rise to a united opposition to the invader are underestimated.” Napoleon Bonaparte realized the error and admitted it at the end of his life in Santa Elena: “This unhappy war in Spain was a real wound, the first cause of the misfortunes of France.”

Macron, the speech and the skeleton of the horse

In 2005, President Jacques Chirac opted for silence before the bicentennial of the Austerlitz victory and established what the historian Thierry Lentz calls the “Chirac jurisprudence”: in principle, not to commemorate Napoleon Bonaparte and, when there is no other remedy, do it with precautions.

President Emmanuel Macron will deliver a speech on Wednesday at the Institut de France and will lay a wreath of flowers on his grave in Les Invalides. On Thursday, the sculpture should be installed in the same place, hanging over the grave Memento Marengo, by the French artist Pascal Convert. The work represents the skeleton of the famous horse of the emperor. And it has outraged defenders of Napoleonian memory. “The question is not that we like it or not,” wrote Lentz on the social network Twitter, “but that we owe respect to the national necropolis of the Invalides.”