France announces a date to start easing restrictions on Corona 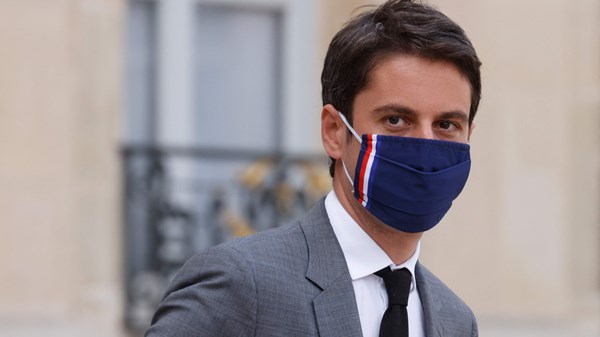 Today, Wednesday, the French government announced the date for the start of easing the restrictions currently imposed in the fight against the emerging corona virus.
Government spokesman Gabriel Atal said that France intends to gradually reduce the measures it imposed to limit the spread of the virus in stages, starting from the beginning of next May.
After a meeting chaired by President Emmanuel Macron, Atal said that restrictions on freedom of movement will be lifted on May 3.
The spokesman indicated that more details are being clarified.
Meanwhile, Atal said that the benefit of these measures is being felt, adding that France may have already reached the peak of the third wave of the virus outbreak, or that it is close to reaching it.
He added, however, that hospitals were still facing tremendous pressure.
Atal also confirmed that stores may be able to reopen from the middle of next month, along with some cultural facilities such as museums as well as outdoor dining areas, measures that Macron mentioned a few weeks ago.
The spokesman did not mention a specific date, or when the night curfew will be lifted.
As for education, Atal said that schools will gradually reopen from the end of April, and schools for youngsters will start.
France imposed a lockdown for the third time, and it became the latest country to record more than 100,000 deaths due to the Corona virus.

When a pregnant woman cries, what happens to the fetus ?!