France analyzes imposing the obligation to be vaccinated against the coronavirus 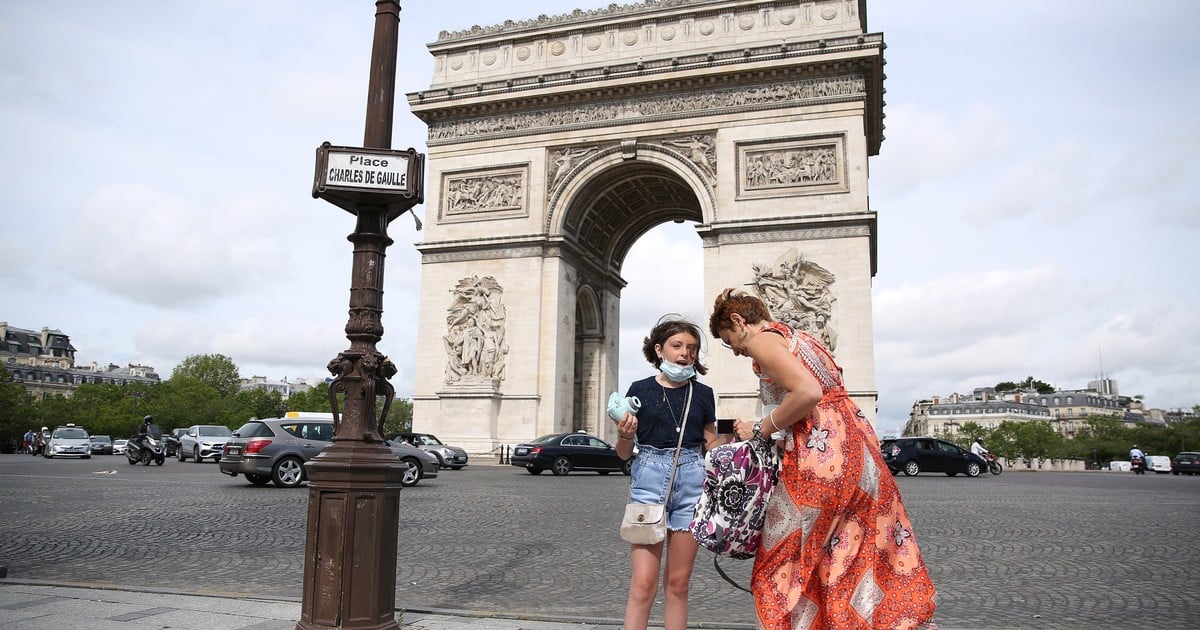 Faced with the 20 percent growth in two weeks of the Delta variant of coronavirus, the government of France analyzes to make vaccination mandatory if the youth and the popular classes continue to resist the prick. A step that I would start with health personnel, who do not have the enthusiasm to do it.

Against this background, Health Minister Olivier Veran and Prime Minister Jean Castex believe in a single solution: mass vaccinate. Increase the number of vaccinated as quickly as possible to get closer to herd immunity.

Government spokesman Gabriel Attal described it as a “Worrying situation”, “Where the epidemic has regained ground.” “We have a trump card to prevent a new wave from sweeping away hospitals in our country, which is vaccination,” he said.

A hundred doctors asked the government, in a public appeal in the Journal du Dimanche, to make vaccination mandatory for caregivers and nursing home staff “before the beginning of September”. Among the firms are personalities made famous by the Covid crisis, such as infectious disease specialists Karine Lacombe and Gilles Pialoux. But also the former president of the Academy of Pharmacy, François Chast and the former director of Public Health of France, François Bourdillon.

Cases have increased in France due to the Delta variant. AP Photo

Professor Alain Fischer, “Mr. Vaccine, from the government, He also ruled in favor of this obligation, considering that the caregivers were too numerous to be unprotected. The debate has recovered in recent days with very insufficient vaccination rates: 57% in nursing homes, 64% in hospitals, according to the French Hospital Federation (FHF).

The Minister of Health, Olivier Véran, is now in favor, promising this Tuesday that if the goal of 80% of vaccinated caregivers was not reached in September, the Covid vaccine would be added to the other obligations already established for these personnel (hepatitis B, tetanus, polio). Three days later, he promised to take a step forward, with a law that could be considered by parliament “as early as July.” A time confirmed by the government spokesman, who sees the obligation to vaccinate caregivers as “a serious possibility.”

To prepare the ground, Prime Minister Jean Castex is due to address the issue on Monday, during meetings with Parliament leaders and local elected officials. If the government is considering other levers to relaunch the vaccination campaign, there seems to be no doubt about imposing it on the entire population.

On Sunday, during the program “RTL-Le Figaro-LCI Grand Jury”, The centrist and leader of the Modem, François Bayrou, spoke“ in favor of an obligation for all French people ”, citing his fear“ that one day a mutation will cause the virus is extremely harmful to children “.

“To protect ourselves against mutations, we have to stop the spread of the virus and we can only stop the spread through vaccination, “said the MoDem chief and High Commissioner for Planning.

Make vaccination mandatory It is the only way to achieve “enough herd immunity to control the epidemic”?

That is the debate today in France. That the entire population be vaccinated to face the threat of new variants, including boys and young people.

A fourth wave of the Covid epidemic threatens to sweep across France and could arrive at the end of July and August and not in September and October, as expected, given the speed of its exponential capacity.

Government spokesman Gabriel Attal has said repeatedly in recent days: “fear” a form of “division between those who have been vaccinated and those who will not be vaccinated.” “The resentment is growing very strongly,” adds public health doctor Hélène Rossinot.

“On the ground, we already feel that those vaccinated they are tempted to free themselves from all barrier gestures and prohibitions, telling themselves that they have made enough efforts, “says Haut-Rhin MP Olivier Becht.

In its latest models, published on Tuesday, June 29, the Pasteur Institute writes it in black and white: at the beginning of the school year, unvaccinated people could “disproportionately contribute” to the epidemic. Each is said to be “12 times more likely to transmit SARS-CoV-2 than someone who is vaccinated.” In hospital, unvaccinated people over 60 years of age could represent 3% of the population but 35% of hospitalizations.

The team of scientists adds an interesting and potentially explosive element for the government. Any measure to deal with the epidemic “has a similar impact if it is applied to the entire population or only to unvaccinated people.” Clearly, imposing restrictions on who receives their two doses will not bring any additional benefit. However, more than one in two inhabitants will be the case by the end of August, if the government’s goals are met.

“It will be unimaginable for them to impose things on them,” anticipates Hélène Rossinot. From now on, “what I hear more and more is:” It’s good that they vaccinated me, It is out of the question that they subject me to new measures while I’m protected, “she says.

“It will be the same resentment that when you see someone without a mask in a store or in a closed space “, adds the deputy of the LREM of Hérault and professor of immunology, Jean-François Eliaou. The difference is that the vaccination status cannot be seen from the outside, unless it is a relative or a friend with whom we have spoken.

However, be careful not to put all the unvaccinated in the same basket. They can be broadly separated into three groups: the resounding “antivax”, those who hesitate to get vaccinated, and finally others far from the health system and who the “vaccinators” have not yet been able to get. Not to mention the minors and especially the little ones, who can only be “punctured” from mid-June.

“We risk ending up in a scenario where widely vaccinated adults can resume a more or less normal life. But the students continue to live with strict health protocols at school because they are not vaccinated ”, Simon Cauchemez, a researcher at the Pasteur Institute and member of the scientific council, worried.

But would it be possible to establish two different regimes anyway? Legally, the case is delicate. Expanding the fields of application of the sanitary health passport, “it is possible, but the room for maneuver is limited“said Serge Slama, professor of law at the University of Grenoble Alpes.

The Constitutional Council already ruled on the issue on May 31. He validated the law indicating a series of guarantees, among them the fact that this sesame would only refer to to “leisure activities”, which “excludes in particular a political, trade union or religious activity”. In addition to large events of more than 1000 people, “it could also affect other activities such as discos, but not everyday activities,” anticipates Serge Slama.

To prevent this from happening, the most effective solution is obviously promptly vaccinate as many people as possible. The government has proposed that people can receive their second dose at the vacation spot to facilitate the logistics of rest and refusal to get vaccinated because vacation is involved.

“The English example shows that a fourth wave is possible at the end of July. It is a portfolio against the clock, ”warned Health Minister Olivier Veran.

So far the policy is to mobilize before forcing. No country in the world has made its vaccine mandatory. France will seek to apply a strong pedagogy among the young and the popular classes before finally imposing compulsory vaccination.