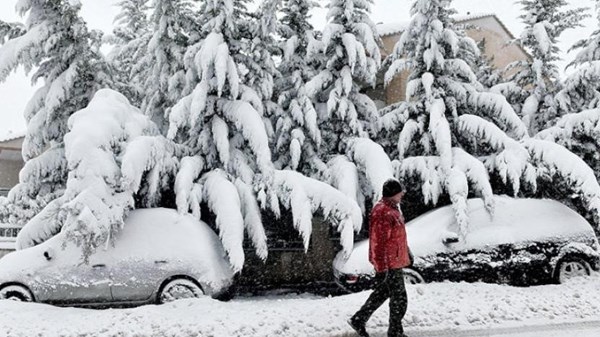 French Prime Minister Jean Castex pledged on Saturday to provide more than one billion euros in support for farmers suffering from the worst frost in decades. Farmers in most parts of France suffered heavy losses due to the frosts that followed an unusually free period and affected hundreds of thousands of hectares of cultivated land and vineyards.
“The state must be up to the level of this disaster, the situation is exceptional and requires exceptional measures,” Castex said during a meeting with representatives of farmers and local officials in the south of the country. “I came to announce a large government support amounting to one billion euros, because the situation is justified.”
The Prime Minister stated that emergency aid will be delivered “within ten to 15 days” to the local authorities, for transfer to the affected farmers.
The compensation ceiling for victims who meet the criteria will be raised to 40 percent of their losses. Those affected are usually compensated with up to 35 percent of losses under European rules.
The authorities have also taken other measures, including tax exemptions.
In addition to vines, farmers of kiwi, apricots, apples and other fruits have been hit hard, along with those of other crops such as beetroot and turnip.
For her part, President of the “National Federation of Farmers’ Unions” Christine Lambert said in a statement to France Press that “the government has assessed the seriousness of the situation” and moved “quickly.”
Agriculture Minister Julian Donormandy said that the money allocated by the government will be used for “quick compensation”.
Union official Bruno Darnot estimated that agricultural production in France will decline by half this year, meaning lost profits of about 1.5 billion euros.
The production of vineyards will also decline by about a third as a result of frost, which means that the revenues of this sector will decrease by about two billion euros, according to the “National Federation of Farmers Unions”.

Three military personnel injured in a series of bombings in Myanmar