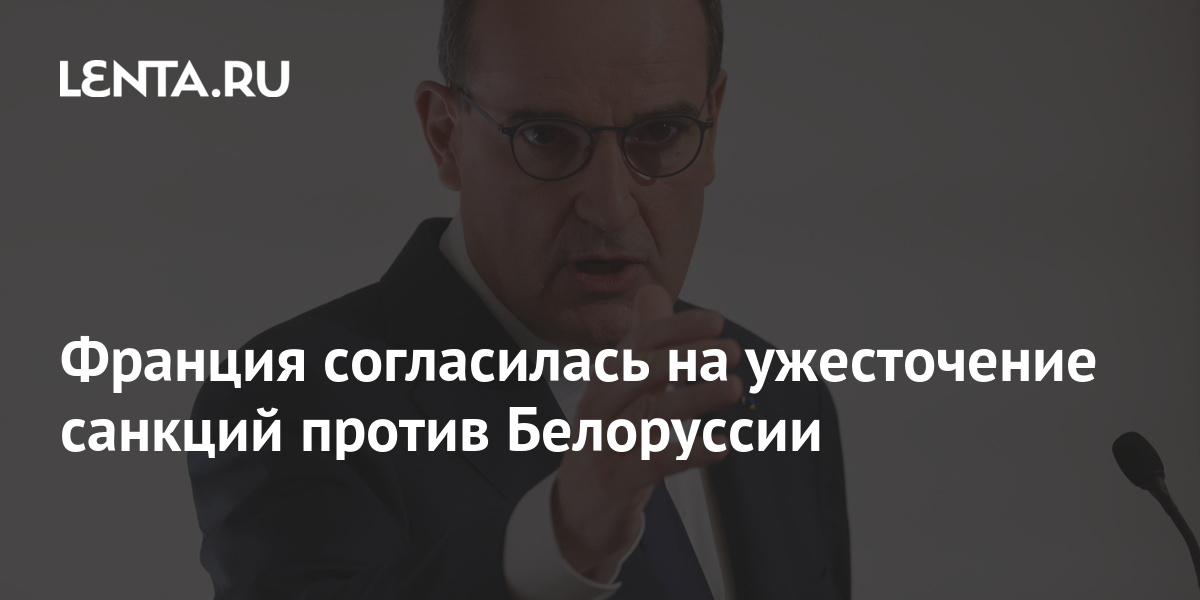 French Prime Minister Jean Casteks agreed to support tougher sanctions against the Belarusian authorities. It is reported by TASS…

The politician made his statement during a speech at the Franco-German parliamentary assembly. He explained that the government of the republic will do this in the event that the relevant initiatives go to the Elysee Palace. What specific measures Paris is ready to take against Minsk is not specified.

On June 24, the European Union introduced the fourth package of economic sanctions against Belarus. 166 individuals and 15 legal entities fell under them. According to the measures taken, the EU restricts access of Belarus to its financial markets, imposes restrictions on the trade in oil products and potash fertilizers, as well as tobacco products. Brussels also banned the transfer of military and dual-use goods and technologies and insurance services for the republic’s authorities.

The UK, USA and Canada also joined these restrictions. Washington also promised to study the issue of introducing additional restrictions. In turn, Minsk said that it would definitely find a way to respond to Western sanctions, but did not disclose a set of measures in this direction. Later it became known that the Minister of Foreign Affairs of Belarus could contact the European ambassadors on the release of political prisoners to ease the sanctions.