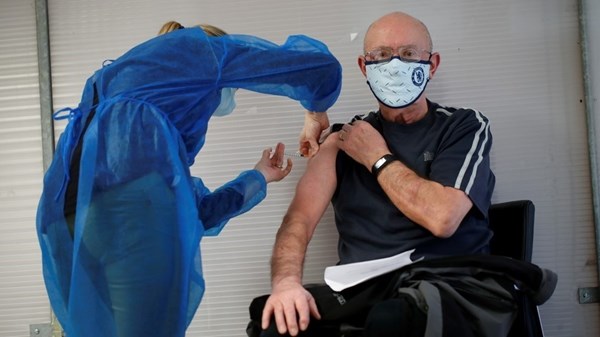 Data from Johns Hopkins University and the Bloomberg News Agency showed, today, Monday, that 17.1 million doses of vaccines against the emerging corona virus have been given so far in France.
According to the data announced today, the average rate of vaccination in France is estimated at 433,637 doses per day. At this rate, it is expected that it will take six months to vaccinate 75% of the country’s population with a two-dose vaccine.
The vaccination campaign began in France about 15 weeks ago.
In a related context, the data showed that the total number of confirmed cases of the new Corona virus in France reached 5.35 million cases, while the number of deaths reached 100 thousand and 892 cases.
France announced the registration of the first case of the virus in the country about a year and 12 weeks ago.

Photography Was 2020 so bleak after all? Rock photographer Tomi Palsa attended 60 events and recorded great moments in his own photo magazine

A bank prevents an Arab from traveling … and the court compensates him with 20,000 dirhams