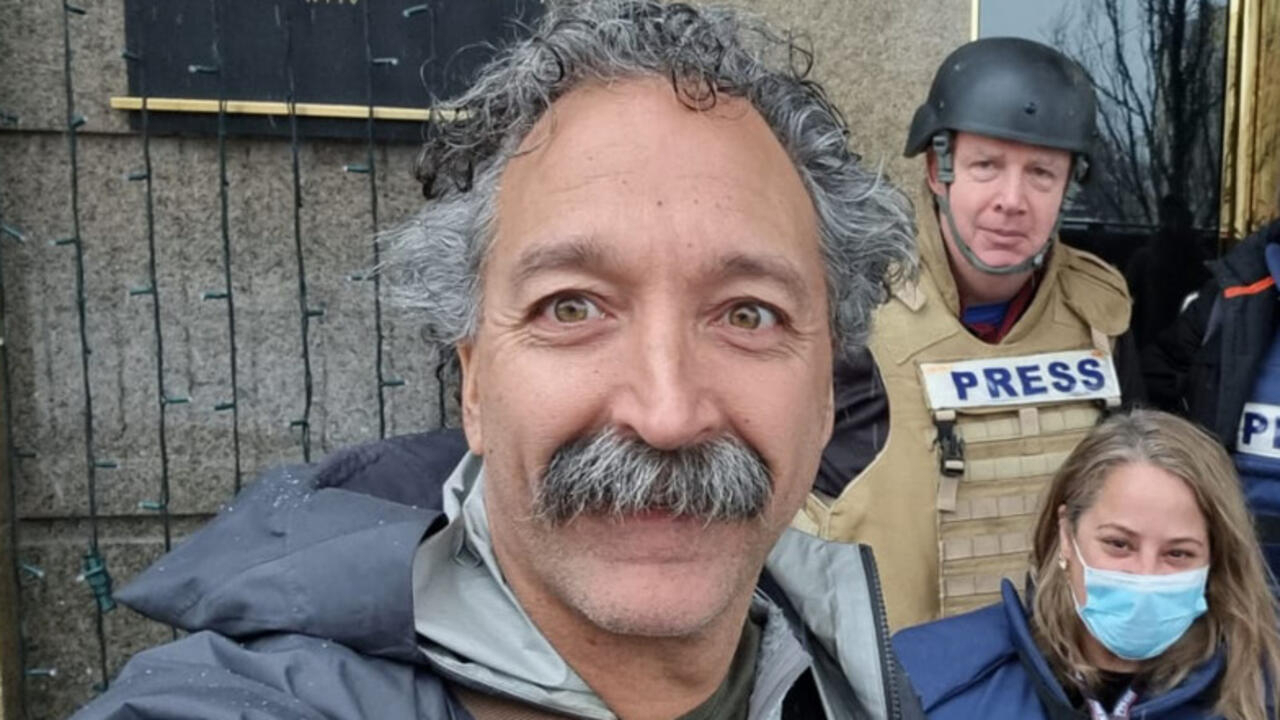 He is the third media professional killed in the course of his work, since February 24, after the start of Russia’s invasion of Ukraine. Journalists’ organizations denounce that the attacks against communicators violate international law.

Pierre Zakrzewski, cameraman for the US chain ‘Fox News’, died in Ukraine. It was in Horenka, on the outskirts of kyiv, that he was attacked, along with the rest of his team, on Monday, March 14.

benjamin hall, the network’s correspondent on the ground, was injured in the same incident and underwent several surgeries overnight: his condition is critical. There is still no news of the status of the production company that accompanied them, Alexandra Kuvshinova.

Zakrzewski’s death was announced by the television network in a statement from its CEO, Suzanne Scott. He was 52 years old and a seasoned war reporter: “Pierre was a war zone photographer who covered nearly every international ‘Fox News’ story from Iraq to Afghanistan to Syria during his long tenure with us,” Scott said in the release.

Since February he has been in Ukraine to document the war and the exodus of citizens. He had his work base in London and was well liked by the ‘Fox’ newsroom. His collaboration in the exodus of Afghans during the past year after the Taliban takeover of Kabul earned him the “Anonymous Hero” award, which is given internally in the company.

Horrible news to report: Fox cameraman Pierre Zakrzewski was killed in the same attack that wounded correspondent Benjamin Hall. I worked with Pierre many times around the world. He was an absolute treasure. Sending our most heartfelt prayers to Pierre’s wife and family.


His colleagues remember him on social networks. One of the first to echo was host John Roberts on Twitter: “Horrible news to deliver: Fox cameraman Pierre Zakrzewski was killed in the same attack that injured correspondent Benjamin Hall. I worked with Pierre many times throughout the world. He was an absolute treasure. Our sincerest prayers go out to Pierre’s wife and family.”

He is the third media professional killed in Ukraine

Since February 24, when Russia’s invasion of Ukraine began, various attacks by Russian forces against journalists have been reported.

Shortly before, on Sunday March 13, the American journalist and documentary filmmaker, Brent Renaud, died in Irpin, 25 kilometers from kyiv, when he was shot in the vehicle in which he was traveling and a bullet hit his neck. In that incident, the American photographer of Colombian origin was also injured. John Arredondo.

The first media professional to die in the middle of the confrontations was Yevhenii Sakun‘kyiv Live TV’ cameraman, who died after the Russian bombing of the kyiv communications tower on March 2.

Before, attacks against the journalist were also recorded Stefan Weichert and the photographer Emil Filtenborg Mikkelsen, from the Danish newspaper ‘Ekstra-Bladet’, on February 26. While on March 4, the team of the British network ‘Sky News’ also suffered a shooting.

Extending the count of journalists killed in Ukraine at the beginning of the Donbas war in 2014, there would already be 12 dead, in full performance of their duties.

However, the Human Rights Commissioner of the Ukrainian Parliament, Liudmyla Denisova, raised the number of deaths to 4, since the popular journalist from Lviv, Viktor Doubt, also died in the conflict. However, he did it on the war front, to which he was mobilized from the first day of the invasion.

Difficulties for the press in Ukraine

After Renaud’s death on Sunday, journalists’ defense organizations reacted. As the Committee to Protect Journalists (CPJ), in a statement from the program’s director, Carlos Martínez de la Serna: “These types of attacks are completely unacceptable and are a violation of international law.”

But beyond the deaths, the media focus is highlighting, even before the start of the invasion, the role of the press and the transfer of the war conflict to news.

One of the latest scandals took place this Monday, March 14. Marina Ovsyannikova, a journalist for ‘Channel 1’, the Russian state television, broke into the news with a sign that read: “No to the war. Stop the war. Do not believe the propaganda. Here they are lying to you.”

She was arrested and according to Reuters, citing Russia’s RIA news agency, a court on Tuesday fined the journalist $280 for flouting protest legislation. However, she became a European state affair, and even the President of France, Emmanuel Macron, offered her protection.

The conflict has aggravated the situation for journalists in Russia. According to Amnesty International, independent media outlets have been blocked, more than 150 journalists have fled the country, and Facebook and Twitter are banned.

Under the new legislation, deviating from the official version of the invasion can be punished with 15 years in prison, while the word “war” and calls for “peace” are prohibited.

It was in this context that Jonny Tickle, an English-language ‘RT’ journalist, who spoke exclusively for our program Directo América, fled Russia.

However, the journalist acknowledged that this increase in repression in Moscow was also a consequence of the European Union’s blockade of the Russian media, both ‘RT’ and ‘Sputnik’. In addition to the decision of social networks like Twitter, to label all Russian journalists and media outlets abroad, as related to the Government.

Inter: Brozovic aims for Fiorentina. Gosens, first as a starter?