Four voices of the crisis in the Argentine corralito, 20 years after 2001 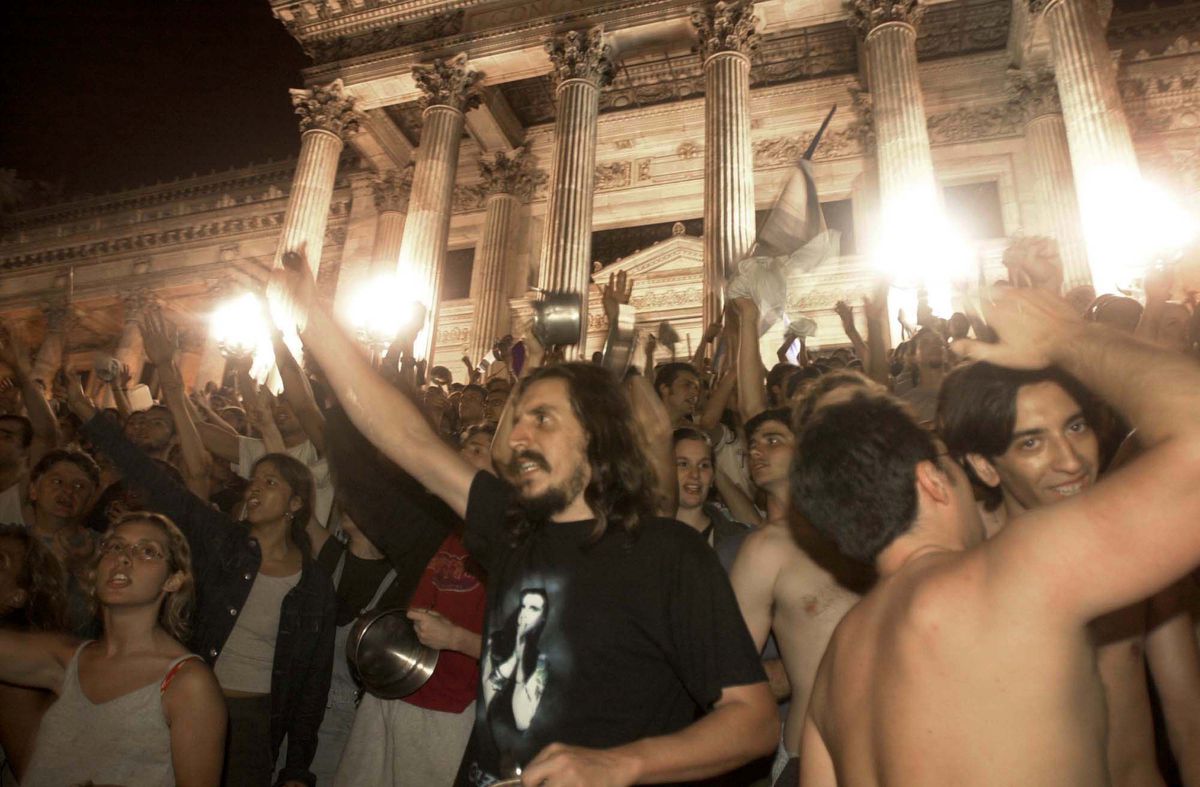 On December 20, 2001, 20 years ago, a helicopter took off from the terrace of the Casa Rosada in Buenos Aires. He was carrying President Fernando de la Rúa on board, who had chosen a safe exit to avoid the crowd that at that time was threatening to enter the Government headquarters. Three weeks earlier, a stocks to withdraw savings, the “banking corralito”, mobilized the middle class, which every day took to the streets to ask for a way out of the crisis. Those were the times of spontaneous cacerolazos, a trademark of what was the worst economic crisis in Argentina.

EL PAÍS in alliance with the Next December project presents I was there a series of interviews with the protagonists of a crisis that has marked generations in the South American country:

The protests reached boiling point on December 19. The police killed 39 people in and around the Plaza de Mayo. The following day, a cornered De la Rúa presented his resignation to Congress. He had lost the support of his own party, the Unión Cívica Radical (UCR) and the opposition Peronism. Alone, forced to request the resignation of his Minister of Economy, Domingo Cavallo, he no longer had a remedy.

De la Rúa was succeeded by four presidents in one week. Until on January 1, the plenary session of Congress elected Eduardo Duhalde, the Peronist candidate that De la Rúa had defeated at the polls two years earlier. Duhalde put an end to the parity of the Argentine peso with the dollar and multiplied social aid to assist the millions of Argentines who had been left on the streets. The negative indicators soared: poverty and unemployment grew and, for the first time since the 1990s, Argentina had inflation again, a disease from which it has not recovered 20 years later.