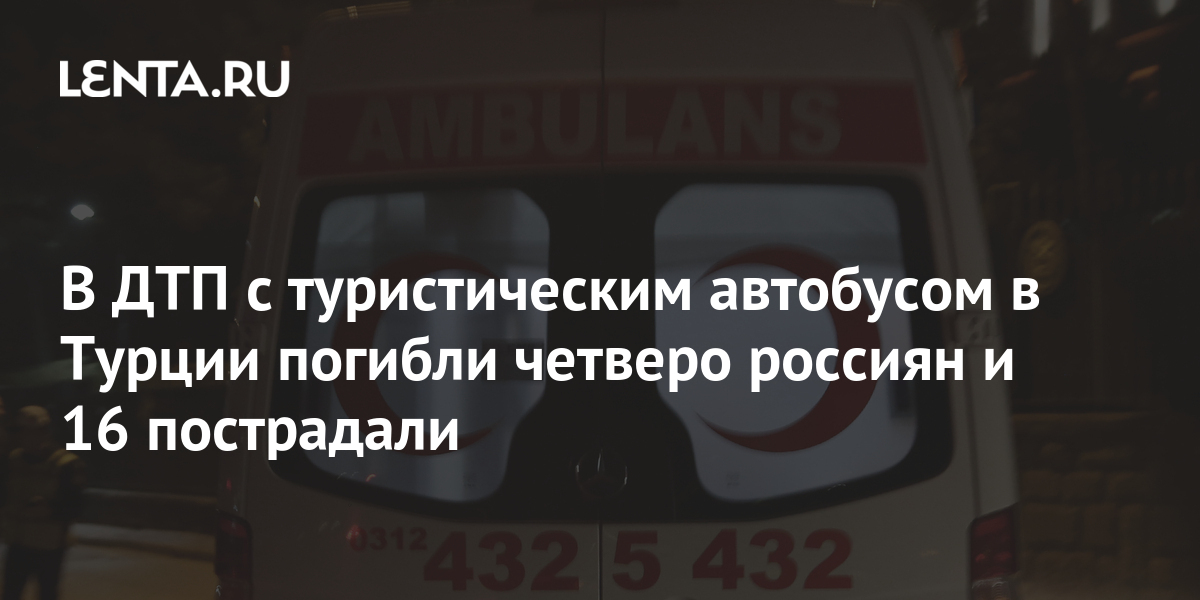 Four tourists were killed in a bus accident on a highway in the Antalya province of Turkey. It is reported by RIA Novosti with reference to the data of the domestic tour operator “Intourist”.

On the evening of August 2, Turkish media reports began to surface that a tourist bus, allegedly carrying travelers from Russia, overturned near the city of Manavgat. Initially, sources wrote about four dead and 16 injured.

It was clarified that the vehicle crashed into the fence and flew into the oncoming lane at the D-400 junction. Several ambulances and police were sent to the scene.

The Intourist tour operator confirmed the information that there were vacationers from Russia in the car. In total, there were 22 Russians in the cabin, the transfer was supposed to take them to the airport for the evening flight ZF 6394 to Samara. The company confirmed the death of three tourists, while clarifying that there were no children among them.

The Russian Consulate General in Antalya also confirmed information about the death of Russians as a result of a road accident on the highway in Turkey. The diplomatic mission clarified that the accident occurred at about 18:00 local time.

According to the traffic police, the driver lost control, after which the bus drove into the oncoming lane and overturned. A representative of the Consulate General went to the scene to clarify other circumstances.

It is noted that all the victims were taken to local medical institutions for first aid.

Later, Intourist reported that the death toll in the accident had increased to four. Five more travelers were seriously injured. In total, there were 22 Russians in the car, including nine children.

“At the moment, all tourists are in four hospitals in Antalya province. Information on the condition of the victims is being specified. The bus driver is unconscious in a serious condition, ”said the representative of the tour operator.

The company opened a hotline for the victims’ relatives at +905383933451. In addition, Intourist noted that they are ready to promptly provide an opportunity to fly to Turkey to relatives of victims of the accident.