Four doctors not from the FSIN system allowed to Navalny 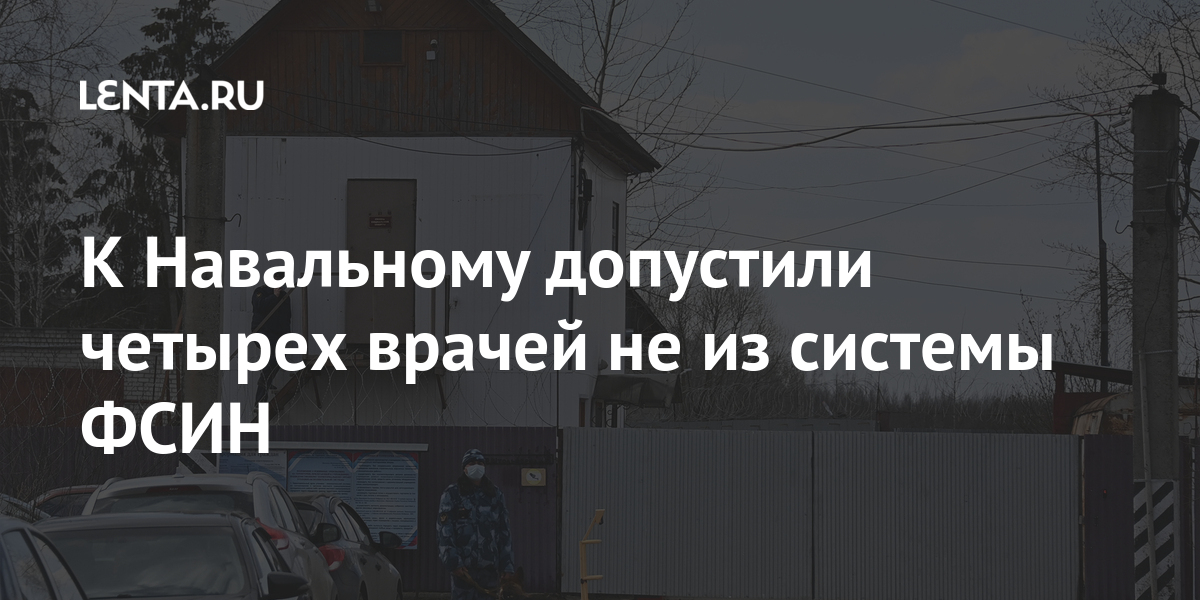 Four doctors not from the system of the Federal Penitentiary Service (FSIN) visited the founder of the Anti-Corruption Fund (FBK, included by the Ministry of Justice in the register of organizations performing the functions of a foreign agent) Alexei Navalny. This was reported by the ombudsman for human rights in Russia Tatyana Moskalkova, writes RIA News…

According to her, there are no serious concerns. Moskalkova noted that Navalny is receiving all the necessary therapy, he is given IVs.

Earlier it was reported that the founder of FBK agreed to droppers with glucose.

Navalny is serving a sentence in correctional colony No. 2 (IK-2) in the Vladimir region. At the end of March, it became known about the deterioration of his health; on April 19, the FSIN reported that he was being transferred to a hospital for convicts. It was noted that a therapist, neurosurgeon, neurologist, nutritionist and psychiatrist examined the oppositionist in connection with his complaints of deteriorating health. He also underwent MRI, ultrasound, ECG.

The circularity of life

Ayuso would touch the absolute majority, according to the first polls