Fouls and gossip, Zaniolo is nervous. But Mourinho protects him 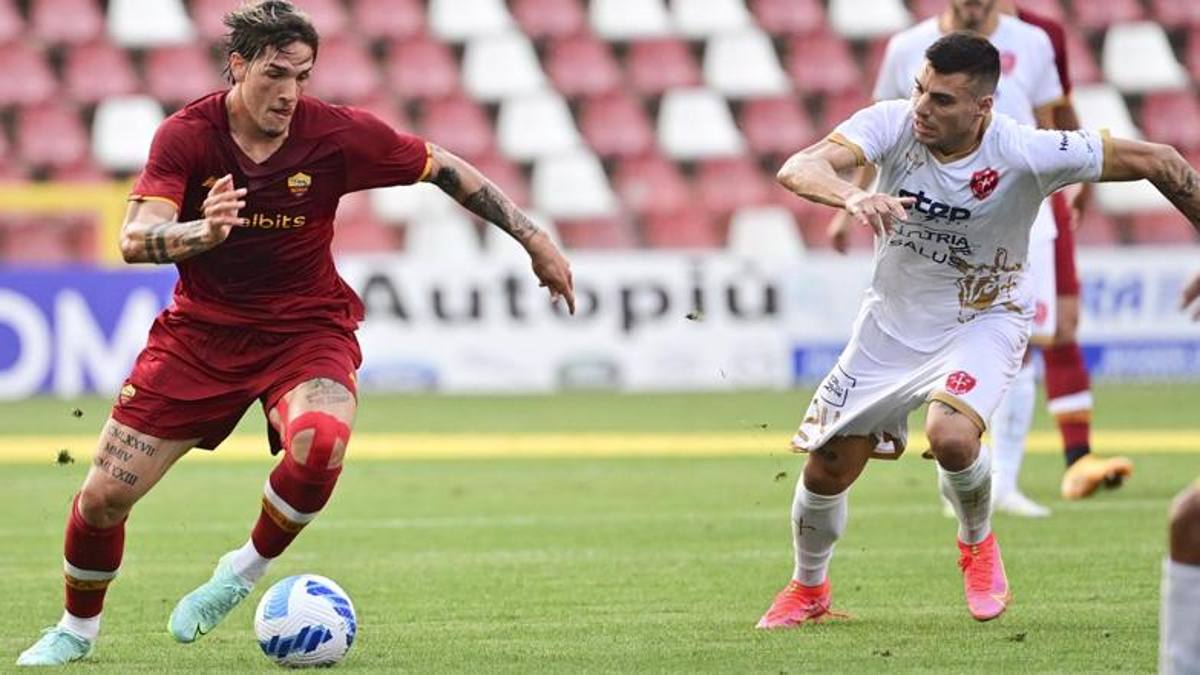 On the pitch a bit of fear, legitimate, after the bad injury, outside his private life is passed under the microscope: the Portuguese coach squares around him

By now Nicolò Zaniolo is used to living in the spotlight. It happens to all the predestined, if we then put the social age – which he uses and sometimes abuses daily – here is that every action, not only in the field, of the boy is passed under the microscope. It also happened yesterday in Trieste: Zaniolo is back on the pitch from the beginning, showing good plays, passing lines and tears that few in Rome have and, even without the match pace, makes it clear why before the double injury he was considered the best young man in Italy. He still is, as a talent, now he just lacks continuity on the pitch and even a little luck.

In all this, however, yesterday Zaniolo in Trieste appeared nervous at times, especially when he reacted to a foul by snatching a gesture of disappointment from Mourinho. Nicolò did not like the excessive attention of the Triestina players also because after two serious injuries, albeit unconsciously, there is still a bit of fear. And then he reacted. His teammates defended him, but they also brought him back to calm and so did the coach who then, as expected, took him away at 45 ‘along with other big names. Certainly, these are not simple days on the private front for Nicolò.

BETWEEN FIELD AND GOSSIP

In Trigoria Zaniolo is an impeccable boy and here the comparison with the bad boys Balotelli and Cassano (for example) who in the past skipped training and matches is no longer valid. He does not skip one and, on the contrary, sometimes he has to be held back by excess of enthusiasm and desire. But it makes sense that what’s going on in his private life, with the impending fatherhood, the difficult relationships with his ex-girlfriend and what follows are causing him some annoyance. Especially since the matter had been entrusted to lawyers and Zaniolo and his family did not expect Sara’s social outburst. An outburst to which Nicolò, well advised by his manager and his lawyers, did not respond. And she will continue to do so because she does not intend to lend herself to the spectacularization of a pregnancy or the birth of a child.

THE RELATIONSHIP WITH MOU

In this sense, Mourinho is squaring around him: in Trigoria he works there every day, he follows him step by step and wants personal events to remain outside. He knows that Zaniolo needs to be focused only on football and this he asked him in the various daily interviews they have done. Many, you continue, because the boy is at the crossroads of his career and Mourinho does not want to risk losing such a talent. That’s why he decided to deal with the club personally and this struck Zaniolo so much, bewitched by the Portuguese coach’s ways and leadership. The man who can make him make the leap in his career: that’s why if Mourinho tells him to stay calm and think only of the Zaniolo field this will do. Even at the cost of putting a brake on his nerves especially when he is told a few words too many on the pitch. It is the destiny of the champions and he must learn to live with it.