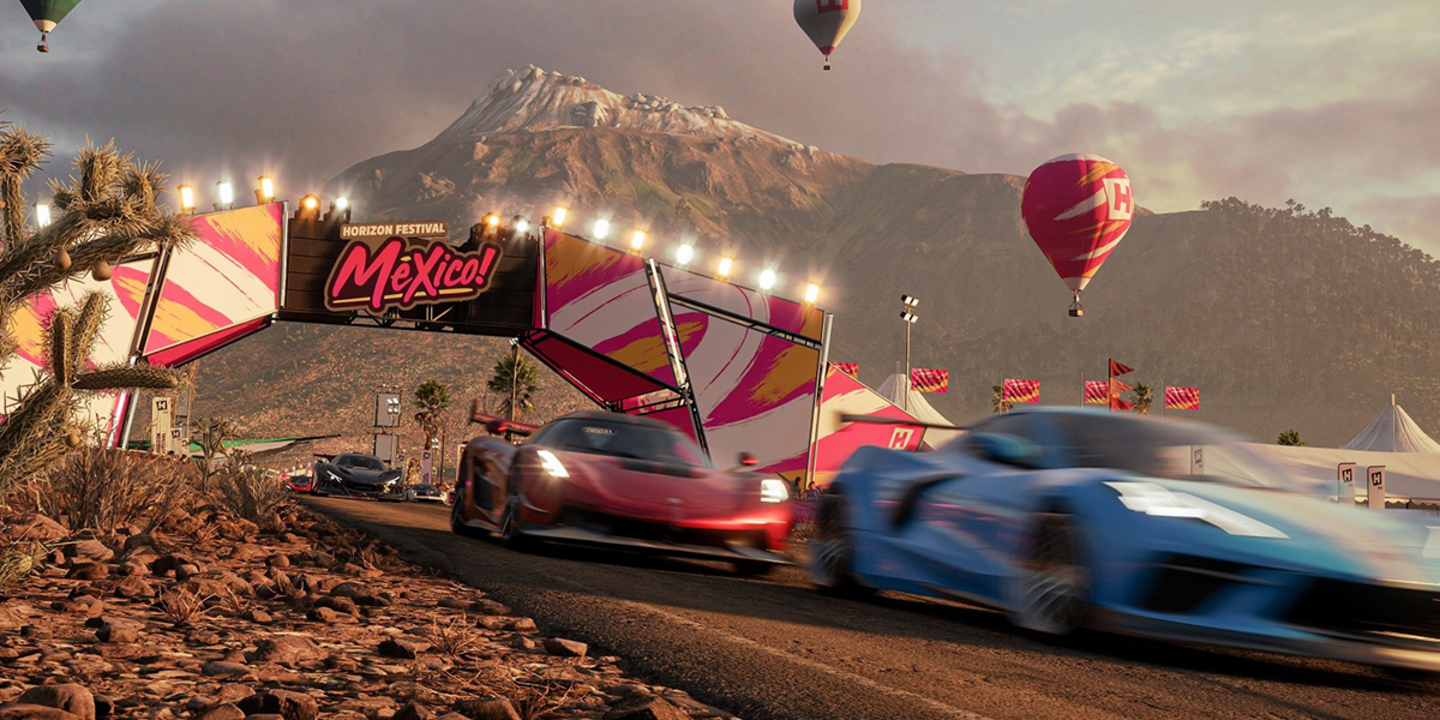 More than 24 million players received Forza Horizon 4, making the open world racing game the most popular game in the series and also the best reviews. A success that Forza Horizon 5 must build on by moving the location from the United Kingdom to colorful and still untouched Mexico.

Forza Horizon 5’s map will be the largest to date, with a vastly diverse environment: from desert to jungle, through towns and villages, and with some historical sites from the time of the Mayans. We even see a giant snowy volcano (which is also the highest point ever in a Forza Horizon game) with liquid lava! Throughout the world you can discover new places or learn something about Mexican culture in the ruins and through the works of art that you can find in the cities.

Plus, it all looks slick thanks to 4K resolution (on the latest consoles and on PC), ray tracing and detailed real-world shots to get realistic lighting.

Forza Horizon is also very diverse in terms of car selection, because we see everything passing in the trailer, with a lot of focus on all-terrain vehicles and off-road buggies such as the Land Rover Defender and the Ford Bronco (logical, given the many unpaved paths), but also some super and hypercars such as the Chevrolet Corvette C8, the Lamborghini Huracán and even the Mercedes-AMG One, which appears in a game for the first time. A nice detail: in a convertible you can open and close the roof while playing!

Create your own levels

In addition, developer Playground promises a lot of interaction with other players on the map, who also drive around the world in real time. You can challenge each other to a race, but there are also cool minigames such as ‘Pinata Pop’ or the ‘Events Lab’, where you can design levels and games yourself, such as in Dirt 5. Forza Horizon 5 will be released on November 9th on Xbox and on PC for 69.99 euros.