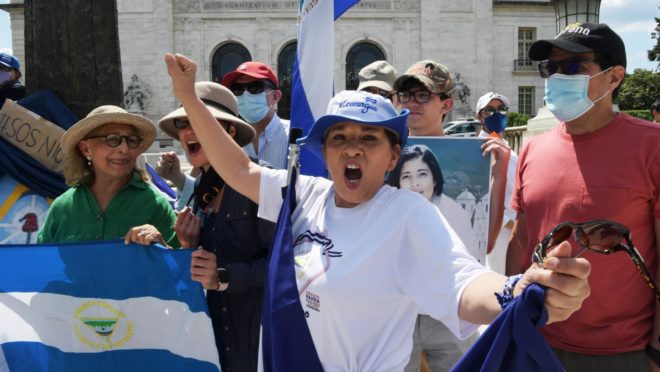 The Forum of São Paulo issued this Wednesday (16) a statement in which it rejects the resolution of the Organization of American States (OAS) that condemns the dictatorship of Daniel Ortega in Nicaragua, accused of arbitrary imprisonment of political opponents.

“This false allegation is not supported by the Nicaraguan legal system, as the people involved are investigated for crimes against the motherland, based on an October 2020 law approved by a legitimately elected legislative power, which seeks to defend the country’s sovereignty against the advances of extreme and imperialist forces”, says the release of the group that brings together left-wing leaders from the continent. The text also asks that the OAS respect the internal processes of each country, “without imposing rules outside it”.

The OAS Permanent Council addressed the situation in Nicaragua at a special session on Tuesday. With 26 votes in favor (including Venezuela, which is represented by delegates from opposition leader Juan Guaidó), three against (from Nicaragua, Saint Vincent and the Grenadines and Bolivia) and five abstentions (from Honduras, Mexico, Argentina, Belize and Dominica ), the body approved the resolution “The Situation in Nicaragua”, which, among other points, “unequivocally condemns the arrest, harassment and arbitrary restrictions imposed on presidential candidates, political parties and independent media”. The document also calls for the immediate release of all political prisoners in the Central American country.

Ortega’s dictatorship has stepped up attacks against opposition leaders, the independent press and civil organizations ahead of the next presidential election, which is due to take place in November. In an apparent attempt to eliminate rivals that could hinder Ortega’s quest for another term, the regime has arrested a number of opposition leaders, including four pre-candidates for the presidency, in less than two weeks. They are accused of “betrayal of the motherland”, “inciting foreign interference”, among others.

On Wednesday, the wives of Félix Maradiaga and Juan Sebastián Chamorro, both presidential candidates who were arrested, demanded proof of life for the two detainees and warned the international community that their husbands were victims of a “kidnapping” by the regime . They said they do not know the whereabouts and health status of the two politicians since they were arrested a week ago.

The arrests prompted the United States and other countries to impose new sanctions against the regime.

In addition, the National Assembly, with a majority allied with Ortega, in May elected a new Supreme Electoral Council, with seven Sandinistas and three other supporters of the regime. Electoral reforms that make it difficult for the opposition to participate and international observation in the electoral process were also approved.

Daniel Ortega has dominated Nicaraguan politics for more than four decades. He coordinated the National Reconstruction Government Board between 1979-1985 and governed the country between 1985 and 1990. Ortega has been in power since 2007.