Formula SAE, what a restart: “Great response and enthusiasm”

There is great satisfaction in ANFIA (National Association of the Automobile Industry Supply Chain) for the beautiful and numerous response that Formula SAE Italy received in the 2021 edition.

The restart of the event reserved for the engineering-mechanical departments of universities around the world, gathered in a competition dedicated to Varano de ‘Melegari, was very important from every point of view.

Motorsport.com was present in the paddock of the Parma track full of young people, not only Italians, but also from many other countries of Europe and the world, who wanted to participate with their cars of Classes 1C (combustion), 1E (electric ) and 1D (autonomous driving).

We met Gianmarco Giorda, General Manager and CEO of ANFIA Service, who explained to our newspaper what kind of work has been done to start over after the Coronavirus pandemic that made the 2020 edition impossible.

“We worked hard and invested a lot, wanting to resume after a forced stop 2020 for obvious reasons – says Giorda – There was the will to start again, giving a signal of presence and commitment, even with an event in a reduced format due to distance needs. and rules to apply “.

There was a good answer …
“We managed to involve about forty teams, with about a hundred young people present, unfortunately having to limit the presence of the staff, because in recent years there were also 20-25 members per team, while now each team has 8 . But it was important to do so, so much so that most of the sponsors followed us even if with a reduced format like the current one. From next year we would like to start over as in the past, reinvesting in communication and visibility, and trying to have teams and sponsors more important because this event has always been very popular “.

In addition to the enthusiasm of the active participants, it is nice to see that important companies care a lot about this ‘young project’ …
“The answer was there, we had set ourselves goals such as numbers of teams, sponsors and judges, but we reached them, despite the fact that in such a situation it is difficult to find companies that send staff to do the checks, judges and Commissioners. Instead it was all very positive, which underlines how much the event is liked and useful. The beauty is the enthusiasm it creates, not only among young people, but also among adults and those who participate by giving their contribution, even among simple volunteers and commissioners, as well as among us at ANFIA “.

Is it more difficult to organize an event like the current one, with particular protocols and rules to observe, or the typical one of the past few years where you have a lot of people to manage?
“Making such an event always requires months of work and commitment, but it is clear that the more people there are, the greater the management difficulties, even if only due to the increase in the presence of young people in the teams. More judges and complexities are needed. are certainly high For the 2021 edition we have obviously drawn up a protocol; I am very satisfied that everyone has observed it in a loyal and respectful way, starting from the inauguration ceremony. be careful, sometimes even more among children than adults. Let’s not forget that there are people who come from all over Europe, so we don’t just have Italians present. comes from abroad “.

This is a very important aspect, a sign that the event remains international even after a pandemic. Did you expect it?
“It’s nice to see people from 11 different countries being here to present their projects and products, getting involved. Let’s say I expected it, because in any case the rules were clear and similar events were held in Germany and Austria in August as well. , with a great response that immediately made us think that ours could be successful too “.

Did you put a limited number on registrations this year, to better manage the event?
“If we hadn’t put limitations, we probably would have had a lot more people because the requests have arrived. To manage in the best way it would not have been easy. There is also a responsibility on our part in all this and as organizers we feel obliged to offer seriousness and professionalism in the best possible way, even for what are our strengths and skills “.

Another novelty of 2021 was the static tests held online: how did this idea come about and how did you develop it?
“Initially the event had to be held in July, but in those months it was not yet clear whether in September-October there would be the same restrictions or the evolution of the situation, for better or worse. Fortunately, everything improved, but at that point , to limit the number of people, it was decided to organize the static part of the online competitions “.

You have, let’s say, adapted to most of the motorsport activities: how did you find yourselves?
“Here too I must say that there have been an incredible number of requests, so we had to buy a platform that would support many people connected via the web at the same time. It was an important investment, with courses to educate and update people on the use of the system. It is absolutely not trivial, among other things you have minimal margins of error; the teams pay to come, so it is right that the service is serious. I must say that everything has worked very well, then of course I hope that next year come back to presentations and competitions here, which is another story. The judges can see the people who bring their idea in the face, observing in detail the components of the car is obviously different than doing it on video “. 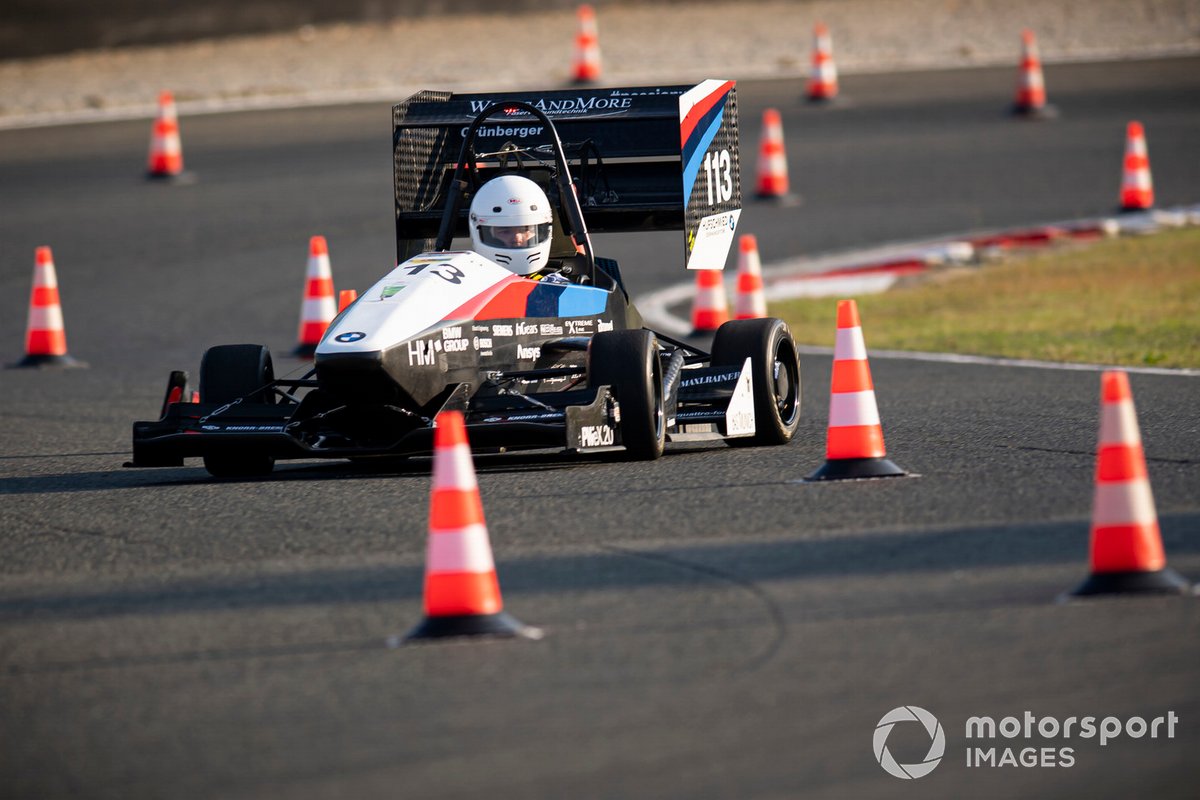 Did Vera Miales really say "my po ** o" to Amedeo Goria? Here is the truth

Cryptocurrencies Bitcoin’s value rose to more than $ 60,000, hopes for ETF start to boost