Formula 1: Carlos Sainz hit a wall and there was a red flag in the third free practice of the Netherlands Grand Prix 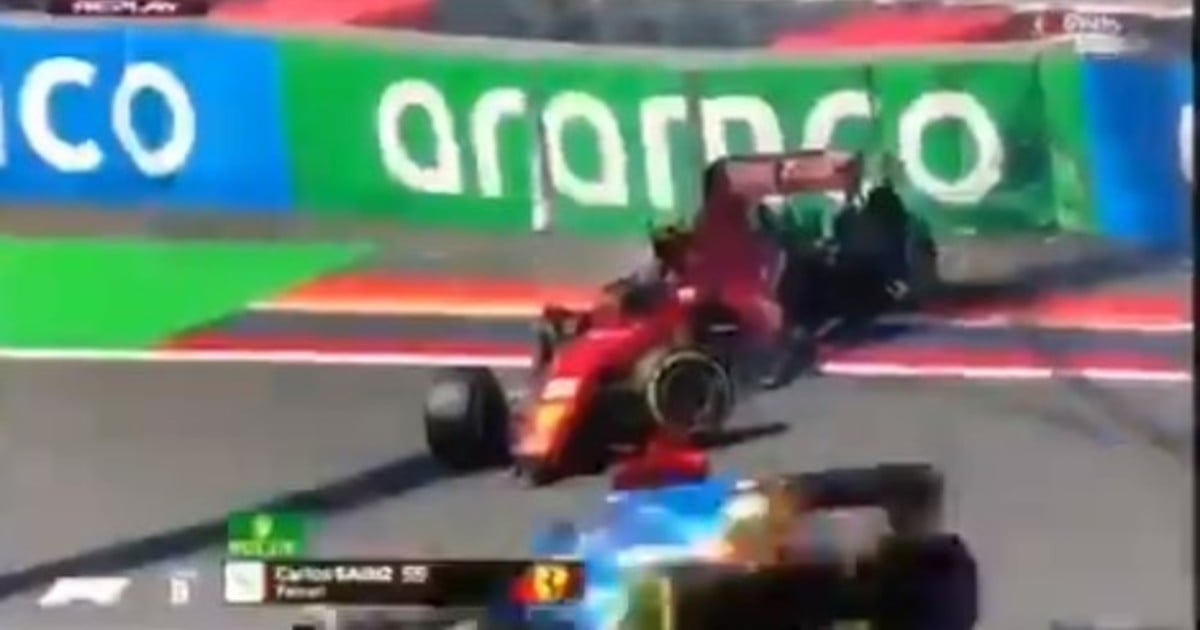 The third free practice session for the Netherlands Grand Prix, which takes place at the traditional Zandvoort circuit, was interrupted, with a red flag, due to the spectacular accident involving Carlos Sainz and his Ferrari.

Sainz, who has just turned 27 and is sixth in the Drivers’ World Championship, with 83.5 points, lost control of his vehicle and crashed hard against the protection barriers at the exit of the second of fourteen corners on the Dutch track. , land that is once again the scene of the maximum circus after 36 years.

The 20 drivers of the current season had to adapt to the unknown and challenging Zandvoort circuit, which with its banked curves and narrow sections excites fans but complicates the protagonists since the activity began on Friday.

The talented Madrilenian did not suffer any injury – in fact he left the cockpit quickly and without inconvenience – but he did seriously damage his car, which will have to be repaired against the clock before the qualifying session, which will be held from 10am in Argentina. .

According to the first reports, the Ferrari would have suffered damage to the gearbox which would imply, if it had to be replaced, in a loss of positions in the starting grid. It is also necessary to see if the mechanics manage to recover the car in time.