Formosa: they arrest during an act a candidate for councilman accused of scams in Santa Fe 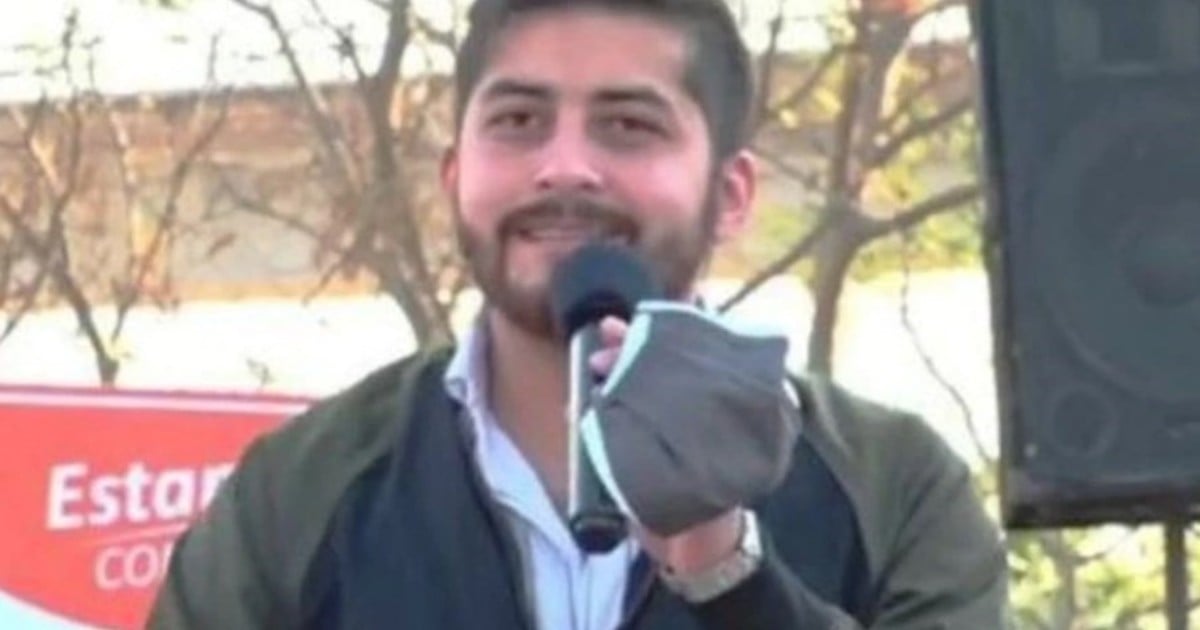 The scandal surprised in Formosa but the shock wave reached Santa Fe. The Police arrested a candidate for councilor of the opposition front “We are with you”. accused of having left a line of debts and scammed in Venado Tuerto, where he would even have swindled councilors from the local Justicialist party.

Max Gabriel Talavera, known as “Max”, a native of Formosa, had settled in Venado Tuerto about four years ago. There he created the company Max Construcciones, which according to the residents of Santa Fe, operated without problems until the end of April this year. He had hired 12 employees and had a high profile.

But suddenly he returned to his province and for these elections he managed to be listed as a candidate for alternate councilor on the list headed by lawyer and critical councilor Gabriela Neme, who this year was arrested by the Police of Governor Gildo Insfrán, and who is running as a national deputy in “We are with You”, a front made up of the New Country, Southern Party and Socialist Party parties.

Formosa media published this Thursday that judicial sources from Laguna Blanca, in Formosa, revealed that the arrest request against Talavera came from the Justice of Santa Fe.

Today we made our campaign launch and presentation of candidates in an emblematic place where it all began more than a year ago. We launch our space convinced that we will be the ones who will put a stop to so much subjugation#Status pic.twitter.com/y2UZhtM99b

In Venado Tuerto, the company that “Max” had founded was dedicated to dry construction of houses and he would have scammed even councilors of the PJ of that city of Santa Fe.

The councilors raffled a house that would be built by that company. The work was started but was left in the middle.

In the official presentation as a candidate, Talavera defined himself as a young man who had to leave the province in search of a better future and Neme herself showed him as a “thriving young businessman and entrepreneur.”

“We are all victims of this person, who put many people out of work and scammed several. Many people who were trying to fulfill the dream of having their own house, put in a lot of money and they did not even give them a brick, “one of the sellers told the outlet. Venado24.com.ar.

Gabriela Neme, a councilor injured during the repression in Formosa, is now a candidate for national deputy.

“We did not see it coming because the company was in operation and expanding, but the owner disappeared from one day to the next. There are five or six clients who are the most affected because they paid important money and not a brick was delivered to them. There are also those who will benefit because they have the finished house and have no one to pay the fees to, “added one of the salespeople the company had in Santa Fe.

Formosa media assure that Talavera returned to the province in April, where he built a pub and a car dealership. They claim that he did political propaganda for Neme and was arrested in the middle of the campaign. The police sent him to the 8th police station in this city.

Although there are no clear dates, they speculate that he will soon be transferred to Venado Tuerto where the complaint for the scams is.

The candidate for national deputy Gabriela Neme pointed to the governor for the arrest, noting that there is a “Political persecution”. “The people who transferred them let him know at all times that this is a consequence of being with me. It is about the young man who dared to organize a caravan in the city of Insfrán,” Neme said in dialogue with the local newspaper The morning.

“He entered from Venado Tuerto and no one made problems for him,” added Neme and acknowledged the legal case but stressed that only Talavera is in custody. “There are two defendants, there is him and another person who is free, who is the one who collected or sold the houses on Max’s behalf. He said that he was a proxy for the company. According to Max and his lawyer, there is not a single firm that implicates you in a scam“.

And he defended him again: “In no way are we going to leave him alone. We know who Max is, it will be Justice that will have to answer.”

“Gildo, Cristina and Macri were candidates … I am with 13 causes in seven months. We continue to bet on the young entrepreneur who decided to return to his province and despite all this he decided to be a candidate. The Federal Justice even approved his candidacy . This is one more pressure to shut up Max“Neme finished.

The Peronist councilor Gabriela Neme, is an opponent of Insfrán, and gained a lot of visibility with the protests over the strict quarantine imposed by the governor. At that time, Insfrán was singled out for the “inhumane” conditions of the isolation centers, in which he kept people suspected of having coronavirus.

“After these images I have filed a criminal complaint against the governor of the province, Gildo Insfrán, and against the Minister of Government, Jorge Abel González, representative and head of the emergency table, because what these people are experiencing is aberrant” , said the lawyer Gabriela Neme, who was later arrested.

“Insfrán talks about Peronism, he joined Peronism but the only thing here is caudillismo, they do what they want, we have no rules,” Neme remarked.