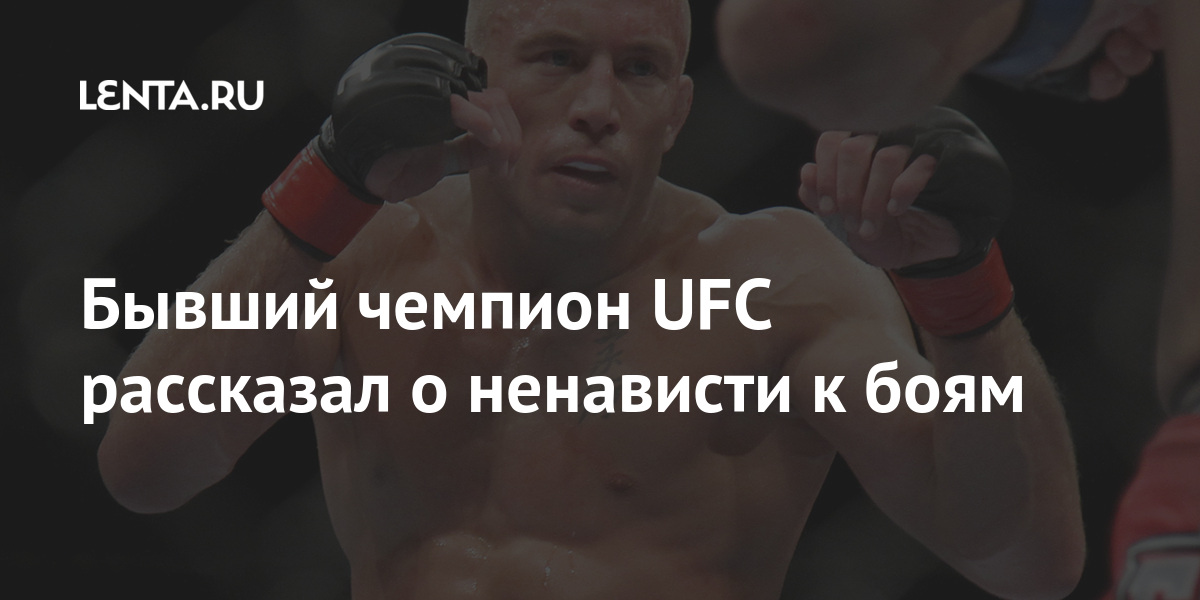 Former mixed martial artist (MMA) Georges Saint-Pierre admitted that he hated performing in the octagon. Complex reports about it.

The 39-year-old Canadian said the fighting itself was unbearable. “I don’t like to fight, I just hate it. It is very difficult, intense stress. When you don’t know what will happen next – humiliation, or maybe even injury. But when you come out victorious, it’s worth it. That’s why I spoke, ”said Saint-Pierre.

After leaving MMA, Saint-Pierre continued to practice martial arts, and also focused on the career of an actor. The Canadian will appear in The Falcon and the Winter Soldier, which premieres on March 19. Saint-Pierre is known for his performances in the Ultimate Fighting Championship (UFC). He became the champion of the promotion in two weight classes.

The Canadian left the sport in February 2019. However, after that he was challenged to a fight by the Russian Khabib Nurmagomedov. Representatives of the Russian athlete have repeatedly expressed interest in the fight. Saint-Pierre spoke about the unwillingness of the UFC to organize such fights.

Gargash: Honoring the UAE for its children is due to the attributes and traits of our generous leadership

Nintendo would use a new chip from Nvidia for its new Switch model: more powerful and 4K