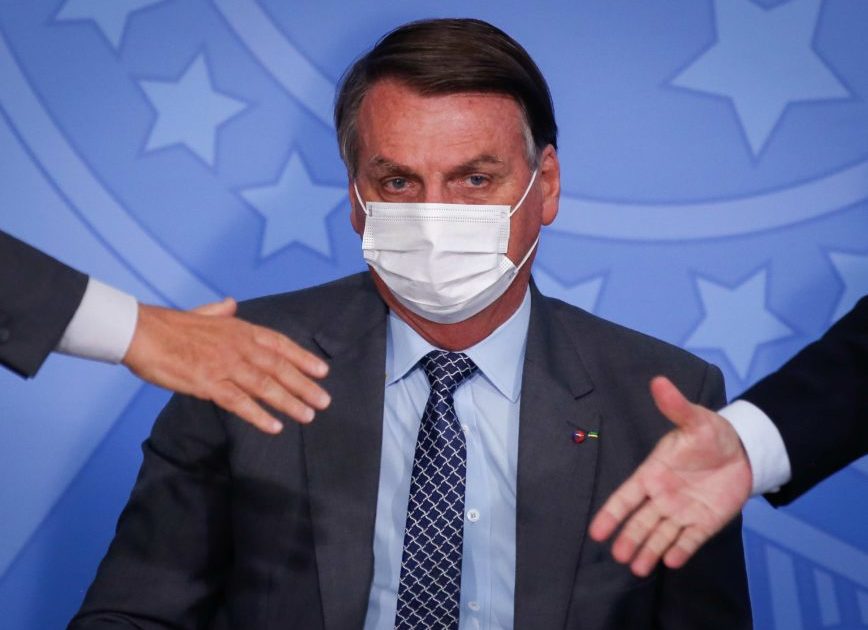 This Friday (9.Jul.2021), Ibrade (Brazilian Institute of Electoral Law) released a note of repudiation against the statements made by President Jair Bolsonaro against the president of the TSE (Superior Electoral Court), minister Luís Roberto Barroso.

“Improving the system and security of electronic voting machines should be everyone’s concern, through serious and scientific dialogue. Offenses, fantasies and delusions do not contribute to the improvement of the system or to the defense of democracy. No system is made more secure with the inclusion of a less reliable verification method than which it is intended to audit”, says the document.

The text has 15 signatories, among them the minister Sebastião Reis Júnior, of the STJ (Superior Court of Justice), the former minister of the STF (Supreme Federal Court) José Paulo Sepúlveda Pertence, and the former ministers of the TSE Henrique Neves da Silva , Torquato Lorena Jardim and Arnaldo Versiani. here is the whole of the note (111 KB).

“The minister of the Superior Electoral Court, Luís Roberto Barroso deserves all the respect and recognition, not only for the positions he holds or for his academic record, but mainly for the uncompromising work he has been doing for democracy and the security of Brazilian elections”, the document continues.

Finally, the text states that “Brazilian democracy, reconquered with so much struggle and with the indispensable work of the Electoral Justice, cannot be daily threatened by intemperate attitudes, overcome by fanciful allegations”.

Barroso was called by Bolsonaro in this 6th “idiot” and “imbecile” for not agreeing with the auditable printed vote and with the presidential criticisms of the electronic ballot box. The president also suggested that the 2022 elections might not take place.

In response, Barroso said that preventing the holding of elections is a crime of responsibility, which could lead to impeachment proceedings. He also stated that Bolsonaro’s statements are “regrettable as to form and content”.

“The holding of elections, on the date provided for in the Constitution, is a prerequisite for the democratic regime. Any action to prevent its occurrence violates constitutional principles and constitutes a crime of responsibility”, said the minister. here is the whole of the note (201 KB).

“It is unacceptable for a public figure, who has sworn to respect the Constitution and laws, to attack Supreme Court ministers and threaten the democratic regime if the printed vote does not return. The criminal declaration affronts the other Powers, the democratic State of law and, above all, disrespects the Brazilian people”, says the document. here is the whole (49 KB).