Former Russian boxer beat his son for “love of sports” 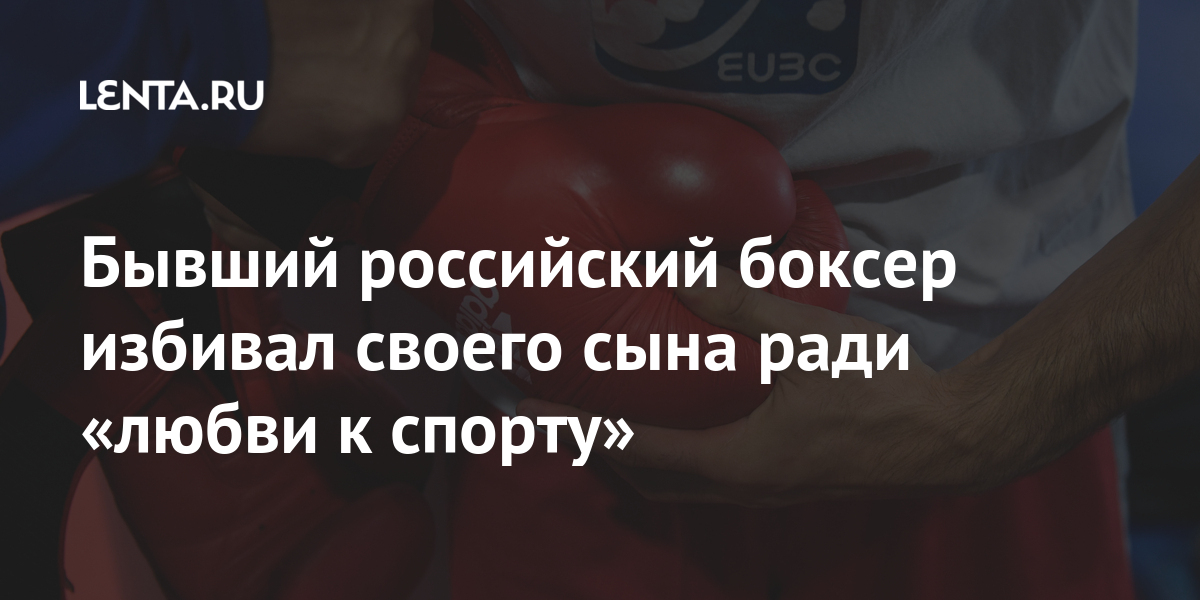 A former boxer from Nizhny Novgorod regularly beat his five-year-old son. A criminal case was opened on this fact, the prosecutor’s office of the Nizhny Novgorod region reported with reference to the complaint of the boy’s mother. RIA News…

Earlier, NewsNN reported that a father was torturing his five-year-old son with sports, from which the child had not only bodily injuries – a fractured hip, a crack in the arm, but also psychological ones. He tortured the boy in order to instill in him a “love of physical education.”

The prosecutor’s office established that the man had been beating the boy for a long time, which caused him to be injured. Based on the results of the inspection, a criminal case was initiated under Article 156 of the Criminal Code (Improper performance of duties related to raising a minor by a parent).

Earlier, a resident of Birobidzhan was jealous of his wife, broke the legs of their one-year-old daughter and bit her.

For 500 million euros: Inter-owner Zhang is negotiating the sale of his shares