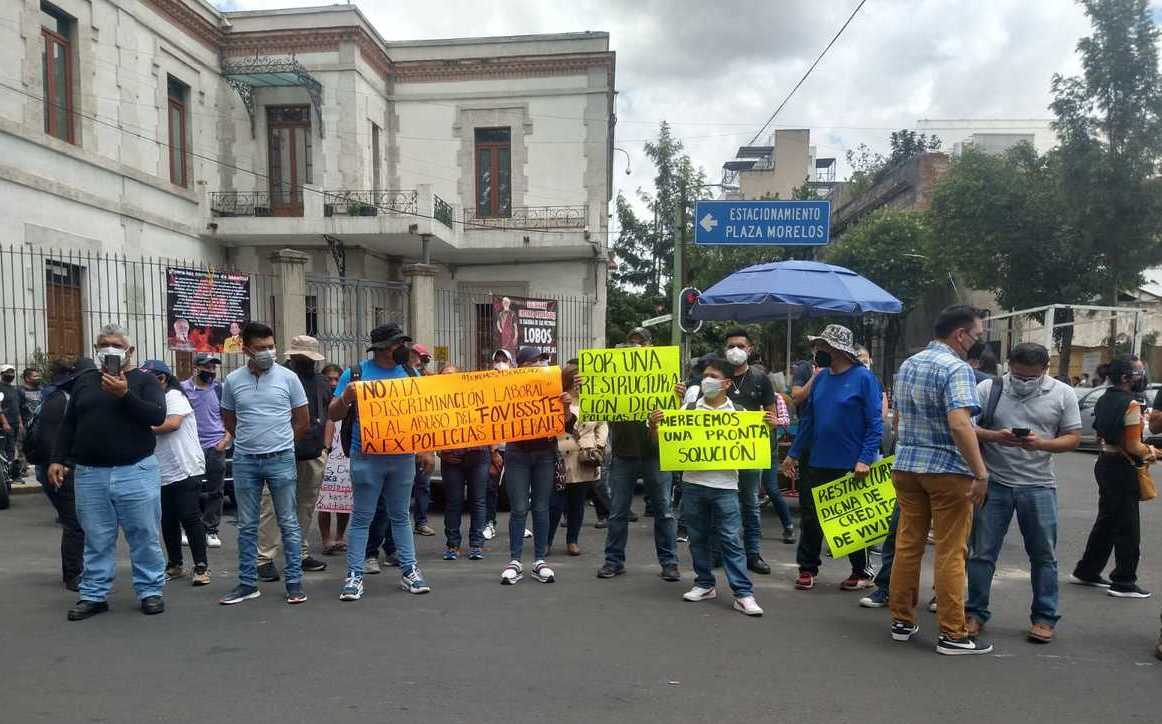 A commission of andx federal police meets with authorities of the Interior Ministry and of Fovissste to start a work table on the request for restructuring your home loans.

They also ask for the release of resources for the compensation of his classmates; They demand that they are not threatened if they do not pay their monthly payments for their homes.

As a form of protest, they held a blockade for several minutes in Abraham Gonzalez and General Prim on the Cuauhtémoc mayor’s office, and when the commission entered Segob, they decided to withdraw pending its termination.

They launch slogans “Solution, solution!” and they show their cards with the legend “No to labor discrimination, nor to Fovissste’s abuse of former federal policemen” and “For a dignified restructuring.”

In days past they manifested in lto Terminal 1 of the International Airport of Mexico City (AICM) and closed the avenue of Capitán Carlos León avenue.

The protesters say that if they do not have a favorable response, they will intensify the protest again with blockages in important arteries such as Paseo de la Reforma avenue.

They say that they will stay as long as necessary until their demands are met.