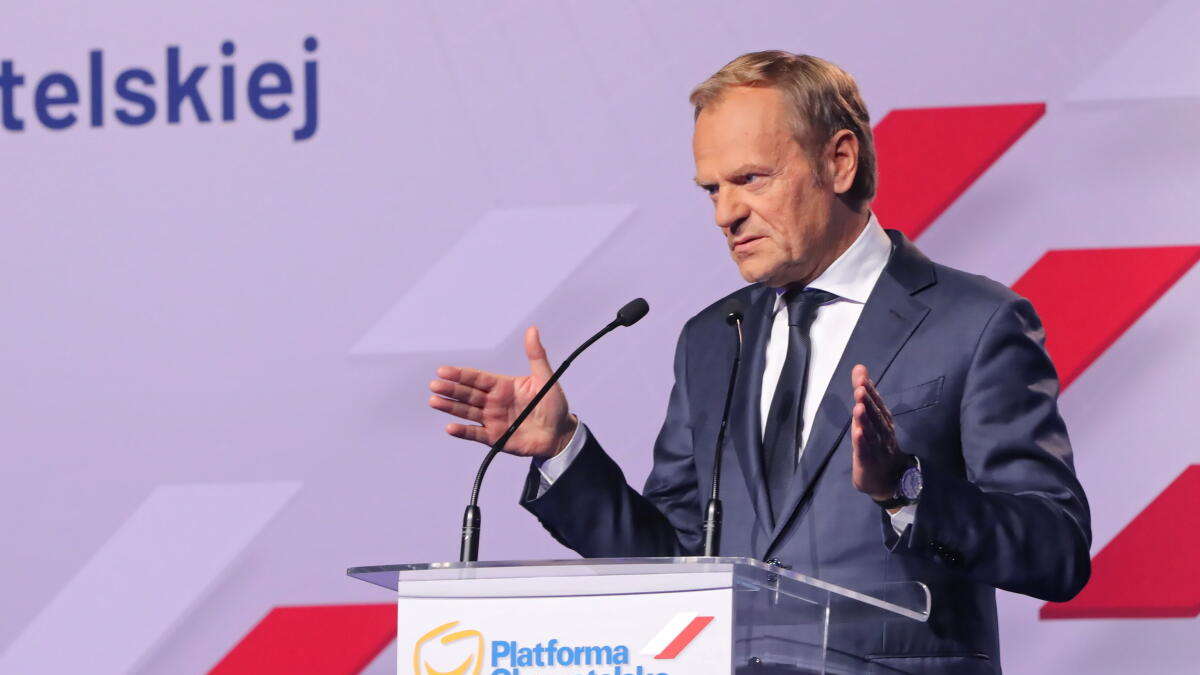 Warsaw – After several years in Brussels, the former EU Council President Donald Tusk is returning to the domestic political stage in Poland *: He was elected deputy party leader of the opposition Civic Platform (PO) on Saturday and thus the acting successor of the resigned party leader Borys Budka, like a party spokesman communicated. Later in the year, the new party leadership will be chosen in a more comprehensive vote.

“I’m 100 percent back,” Tusk said in front of applauding party members. The 64-year-old Tusk is currently chairman of the European People’s Party (EPP). He co-founded the liberal PO two decades ago and was Polish Prime Minister from 2007 to 2014.

In a speech on Saturday, Tusk accused the national conservative ruling party Law and Justice (PiS) of bringing Poland into a “dangerous situation” by breaking with EU partners. “When you see evil, fight it,” he demanded.

During his time as EU Council President * between 2014 and 2019, Tusk was confronted with numerous crises: from migration to the Greek financial crisis to the difficult Brexit negotiations. According to observers, pacifying the fragmented Polish opposition will also be a major challenge. For example, the left-wing MP Maciej Gdula criticized Tusk’s speech as containing “a lot of emotional criticism of the PiS and little about the future”.

Still, Tusk’s election made party members optimistic on Saturday. “The civic platform will be big again,” wrote party member Robert Tyszkiewicz after Tusk’s speech on the online service Twitter. In surveys, the PO is currently in third place behind the PiS and the opposition party Poland 2050. However, the PiS has lost its narrow majority in parliament and its relations with the EU have bottomed out due to controversial judicial reforms, among other things.

The next elections in Poland are officially scheduled for 2023. According to observers, the ruling party could try to prevent a vote of no confidence in parliament through early elections.

The PiS also held a party conference on Saturday. The 72-year-old Jaroslaw Kaczynski was confirmed as party leader. He will run “one last time” as chairman of the PiS, said Kaczynski and promised to work to bring the standard of living in Poland into line with Western Europe. (AFP) * Merkur.de is an offer from IPPEN.MEDIA