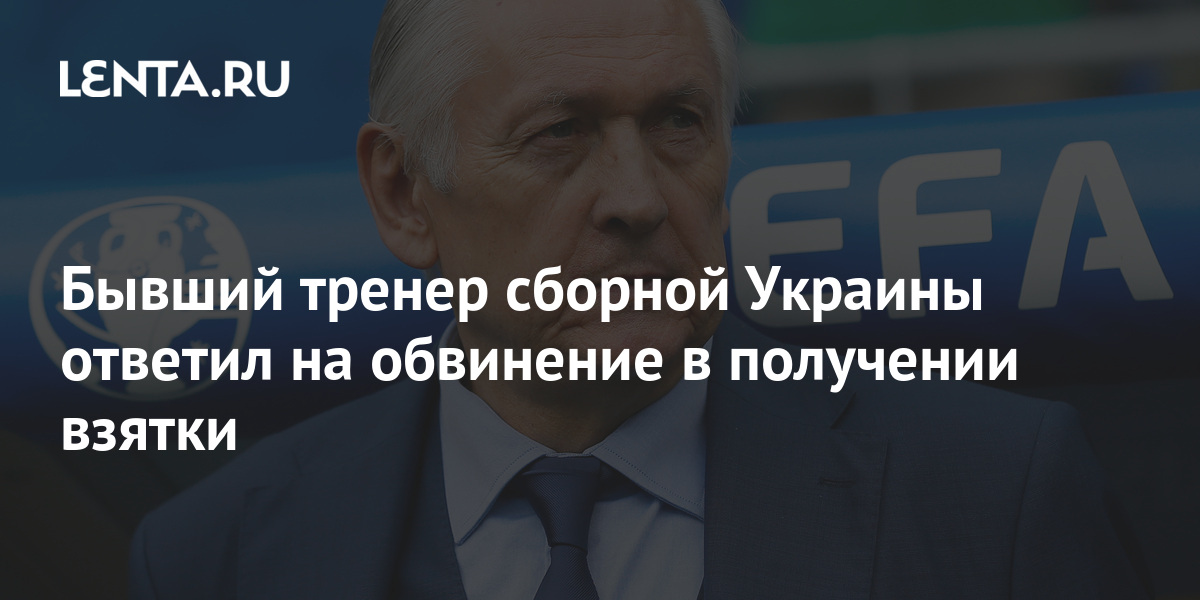 The specialist expressed bewilderment at the appearance of such information and called it “moronism.” The coach also added that he did not want to continue the conversation on this topic.

Earlier on Friday, June 18, journalist Andrey Senkiv said that in 2016 Fomenko received a thousand dollars for one minute of playing time at the European Championship for Alexander Zinchenko, who was playing for Ufa at that time. The money to the mentor was paid by the general director of the Ufa club, Shamil Gazizov, who wanted to obtain a permit for the football player to work in England. The document was necessary for the transfer of Zinchenko to Manchester City.

Zinchenko spent more than 90 minutes at Euro 2016, and Ukraine did not leave the group. Zinchenko’s transfer to Manchester City took place and cost the British 2 million euros. The Ukrainian still plays for this club.