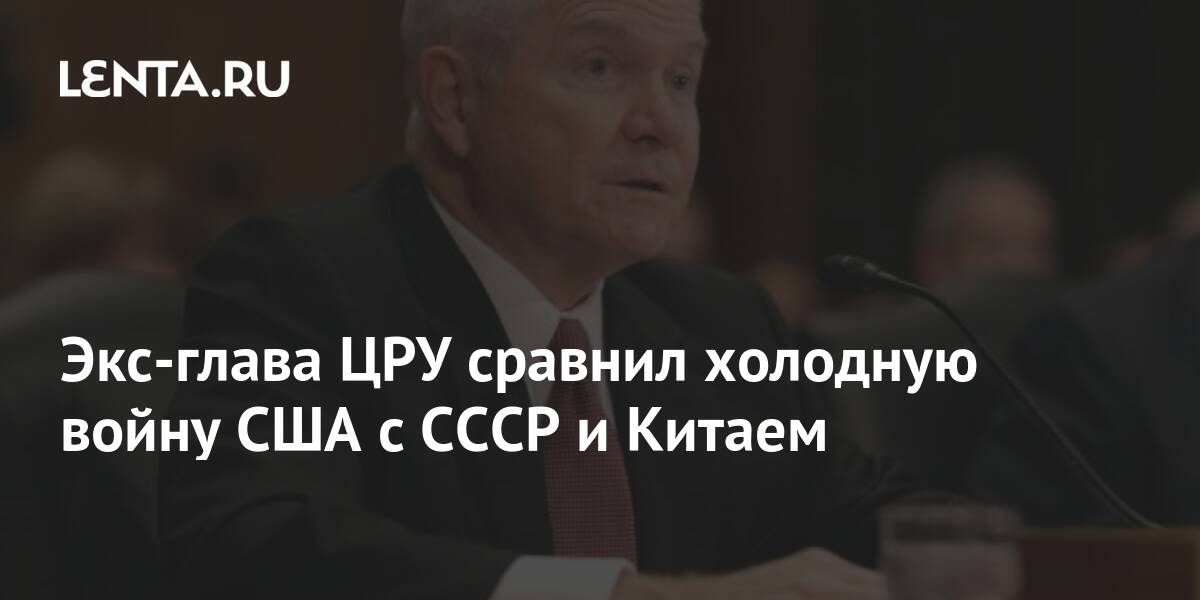 Former CIA chief and former United States Secretary of Defense Robert Gates compared the US Cold War to the USSR and China. He is quoted by TASS…

The politician acknowledged that the rivalry between Washington and Beijing should not be called a cold war. The main reason is that this creates a false impression of the problem: in fact, the “competition” between the American and Chinese sides is much more difficult, Gates said.

Thus, rivalry with the Soviet Union was facilitated by the “mismatch in economic development.” “But China poses a completely different challenge for us, as it is a power that operates at many levels. It has economic power that rivals ours, ”the ex-head of the CIA admitted.

He added that Beijing is already using the tools that the United States resorted to during the Cold War with the USSR. Meanwhile, Washington does not yet have a strategy for dealing with the Chinese side at all levels.

Earlier, Gates also said that the United States has exhausted the possibility of pressure on Russia with the help of sanctions, since they have imposed too many of them. At the same time, many restrictions affect ordinary Russian citizens, although measures should be taken against the country’s officials.