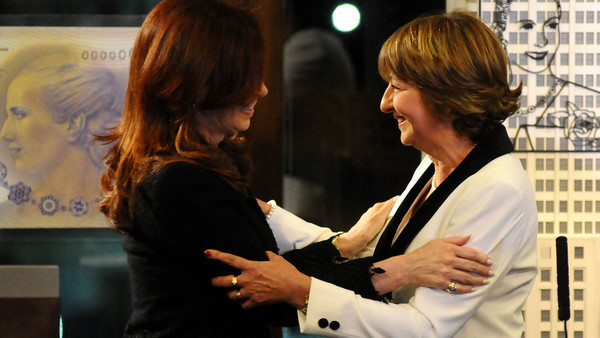 Alejandra Gils Carbo she became the first former attorney general of the Nation to go to trial for corruption. The federal judge Julian Ercolini closed the investigation and signed the elevation of the case for the instance of oral debate. The former head of the prosecutors was prosecuted for the crime of negotiations incompatible with the public function, for the purchase of a building on Calle Perón at 600, for the offices of the Procuratorate to function.

After two and a half years from the confirmation of his prosecution, the former Attorney General of the Nation, Alejandra Gils Carbó, will go to oral trial.

With the confirmation by Chamber I of the Buenos Aires Federal Chamber of the prosecution -although they modified the original offense, which was that of administration to the detriment of the State-, Prosecutor Taiano asked Judge Ercolini that the former Attorney be sent to trial.

But after the signing of that opinion, there were a series of presentations by the former Attorney General’s defense that delayed this last procedure that was pending in the court in charge of Ercolini.

A series of challenges and claims were sent to the Buenos Aires Federal Chamber that finally, he rejected everything raised and thus, the path was paved for Judge Ercolini to sign this Tuesday the elevation to oral trial, as confirmed by judicial sources to Clarín.

Alejandra Gils Carbó was the last head of the prosecutors as head. Since leaving office, Eduardo Casal occupies the position on an interim basis. Despite the fact that President Alberto Fernández chose to federal judge Daniel Rafecas In order for him to be the next Attorney General, Kirchnerism does not accompany the proposal and seeks to advance in Congress with the modification of the law that governs the Public Prosecutor’s Office, which includes lowering the requirements for the selection of the Attorney General.

Now, in Comodoro Py he will have to face an oral debate under the accusation of negotiations incompatible with the public function for the purchase of a building on Calle Perón at 600, so that the offices of the Procurator can function. For the property, 43 million pesos were paid -at the time- and commissions that were around 10.7 million pesos were paid.

In this context, the defendants -among them Gils Carbó- used “deceptive ways aimed at making the public tender that led to the acquisition of the property appear legitimate”, but which for the Justice was decided “beforehand” to favor who intervened in the millionaire process, said the prosecutor Taiano.

For this reason, Ercolini prosecuted the Attorney General and deputy director Guillermo Bellingi as the main responsible parties. Chamber I of the Chamber, when in 2018 it confirmed the case, indicated that the behavior responds to a practice that conflicts with its public functions.

For Justice, the main authorities of the Procuratorate “they devised and executed a complex plan “aimed at” acquiring directly for the Public Prosecutor’s Office, under the deceptive simulation of a public tender.

Regarding these aspects, it was indicated that it was not only a matter of acquiring a building with a vault, garage and auditorium, but that “it should be a stately building; from a period … In this framework, the few competitors that the first demands imposed, the last they ended up overshadowing. Thus, the rivals who could contest the bidding for the Juan Domingo Perón 667 property were eliminated. “

The purchase of the property would have been “decided in advance, after an agreement with executives of the company that owns the building, Arfinsa Argentina Financiera SA”, whose visible face was Adrián Fischer.

This company bid within the framework of the tender launched by the Public Prosecutor’s Office, through Jaureguiberry Asesores Inmobiliarios SA (constituted by Bárbara Jaureguiberry and Ignacio Costa Urquiza).

The property had a cost of $ 43,850,000 and had the “fraudulent and fundamental” intervention of Bárbara Jaureguiberry and Juan Carlos Thill (insurance producer who participated as an intermediary and Bellingi’s half-brother).

During the transaction, a commission of $ 7.7 million was paid to real estate Jaureguiberry, which in turn paid another commission of $ 3 million for advice to Thill, Bellingi’s half-brother.

The court held that the purchase was for an “amount significantly greater than the $ 27 million that would have been paid if the operation related to public tender No. 17/2012 had been completed, which only two months earlier had been canceled.”