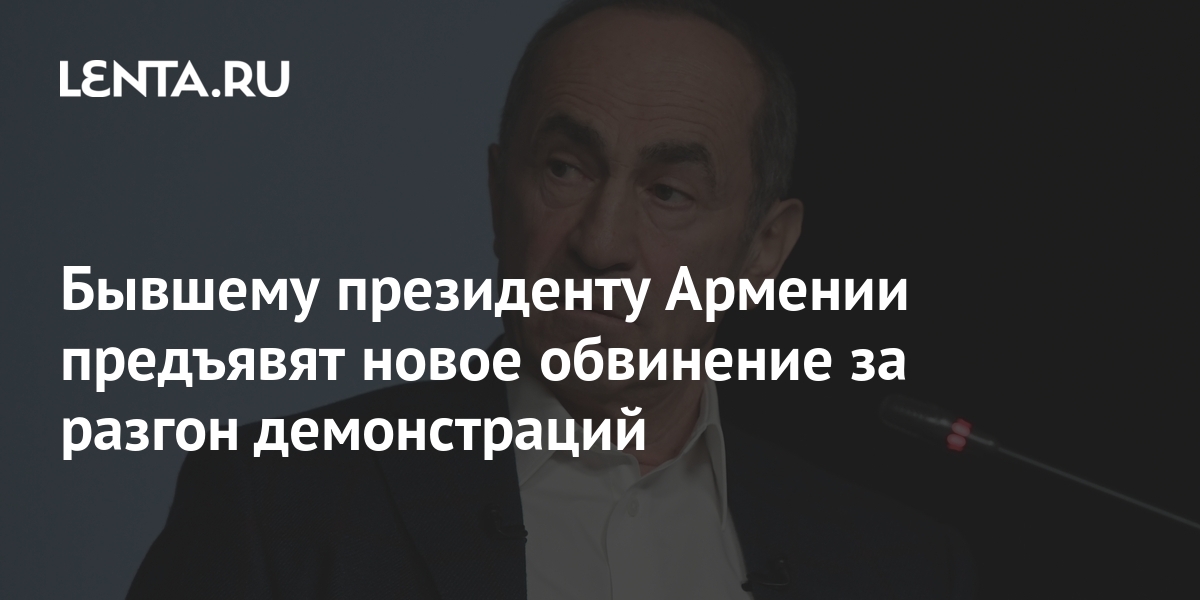 The Armenian prosecutor’s office may bring new charges against former President Robert Kocharian in a criminal case for breaking up demonstrations in March 2008. The “Sputnik Armenia” edition writes about it.

In April 2021, the court of general jurisdiction in Yerevan ruled to dismiss the case against the politician on the basis of the Constitutional Court (CC) finding the article on overthrowing the constitutional order, which was under investigation, as contrary to the basic law. Kocharian was released from bail and other restrictions in this case. Similar measures were taken against two more accused – the former Chief of the General Staff of the Armed Forces Yuri Khachaturov and the former Defense Minister Seyran Ohanyan.

Now a criminal case can be re-qualified under another article of the Criminal Code. Prosecutor Gevorg Baghdasaryan explained to journalists that the recognition of the anti-constitutional nature of the article on overthrowing the constitutional order does not mean that there is no corpus delicti. The decision on such a possibility, as explained by the representative of the prosecution, will also be made by the Constitutional Court of the republic.

The case against Kocharian concerns the events of March 1-2, 2008. Then he introduced a state of emergency in the country in order to disperse the oppositionists who took to the streets – supporters of the first President of Armenia Levon Ter-Petrosyan, who took part in the 2008 elections, but was defeated.