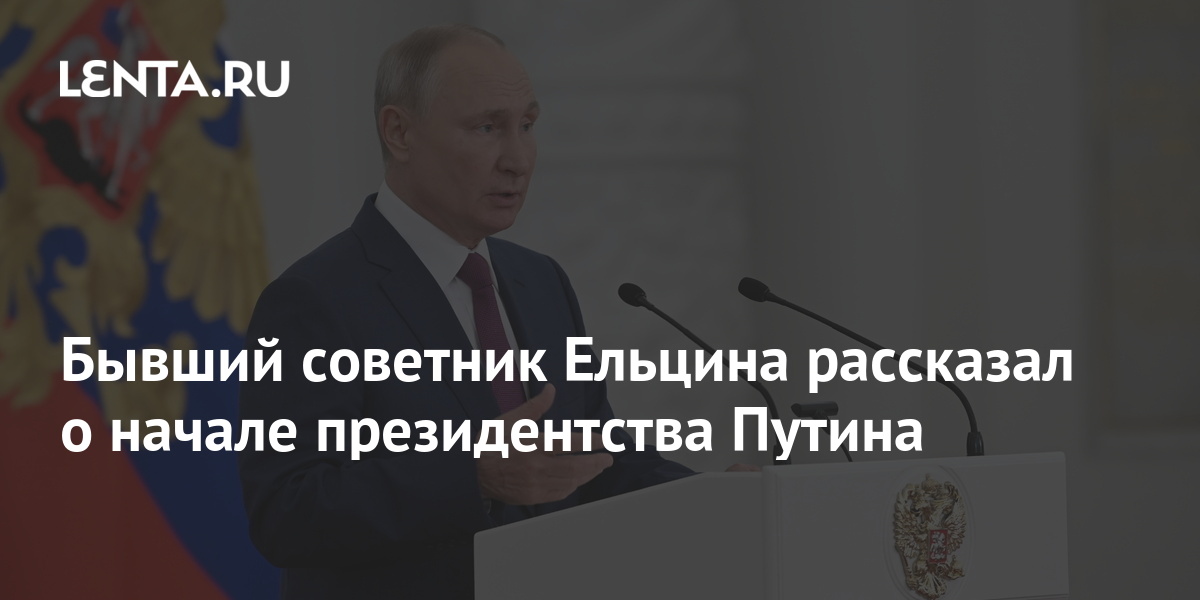 Former adviser to the first leader of Russia Boris Yeltsin Georgy Satarov told URA.RU about the beginning of the presidency of Vladimir Putin.

According to Satarov, Yeltsin really did not transfer power to Putin. “He was, to put it mildly, not an ordinary election participant, but the acting president of Russia under the Constitution,” said a former adviser to the first Russian president.

As Satarov stated, then the competition in the elections was serious. The candidates did everything they could, and no one bothered them. “It was a normal election campaign,” the source said.

Earlier, during a direct line, Putin answered the question about the transfer of power and the choice of a successor. He stressed that the president of the country is elected by the Russians. At the same time, the head of state did not agree with the wording that Yeltsin had once transferred power to him. He recalled that if the president resigns his powers, the chairman of the government, who at that time was Putin, becomes the interim president.

Putin was first elected president of Russia in 2000 at the age of 48.