Forests Illegal logging reveals ten times as much as before 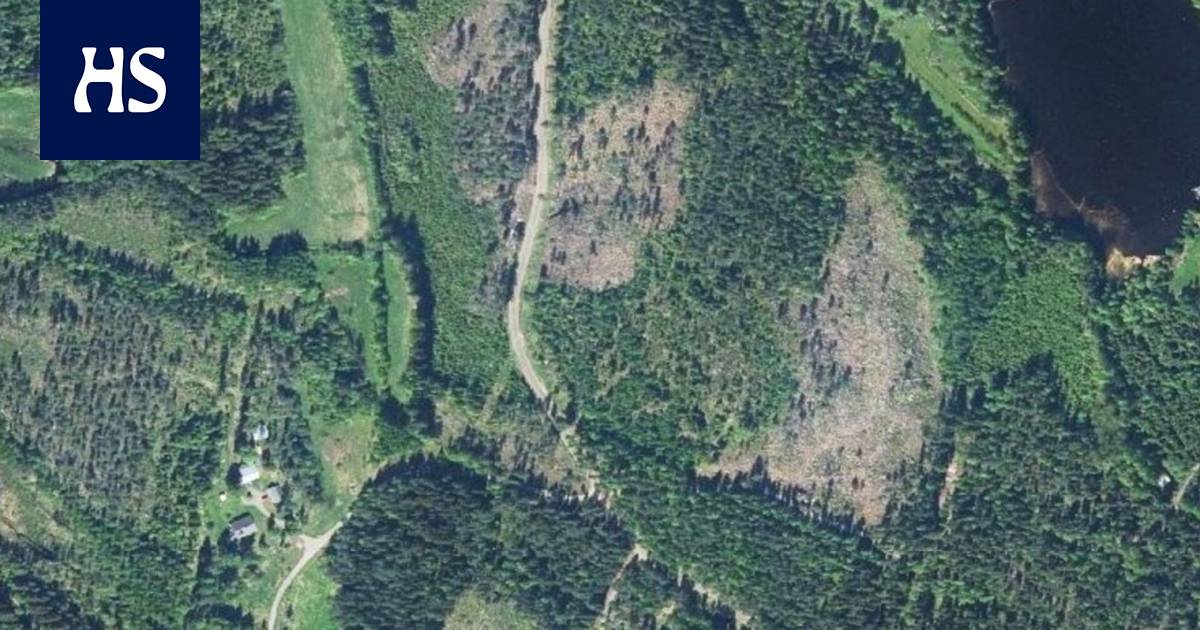 Cases began to be revealed when Metsäkeskus started surveillance based on satellite images.

Illegal almost ten times the number of fellings is revealed.

Illegality began to emerge after Metsäkeskus began comprehensive monitoring of logging on the basis of satellite images in 2019.

When in 2017 Metsäkeskus investigated 34 violations of the Forest Act, last year the number was already 289.

Forest Center the method used is called difference image interpretation. It compares three satellite images taken at different times to detect a change in the forest.

Monitoring takes place automatically. If there are no clouds in the satellite images, all cases will appear.

80–90 per cent of violations of the Forest Act are now known in the interpretation of the difference image, says the Forestry Centre’s Audit Manager Jarkko Partanen.

The difference is significant. Prior to this, Metsäkeskus surveyed 1.5 per cent of the forest use declarations made.

Out incidents are filmed on an airplane. This explains in more detail the delimitation of the felling and the amount of stands saved. Last year, a thousand airplane photographs were taken.

If necessary, a field inspection is also performed. There are also about a thousand of them every year.

Metsäkeskus asks the party concerned for a written statement, on the basis of which it decides whether to refer the matter to the police. Last year, more than half of the cases investigated by Metsäkeskus ended up in a police investigation.

According to Partanen, cases are not always an intentional act. The reason may have been, for example, an interruption in the flow of information, incompetence in the use of information systems or a logger’s gps error.

Usually the negligent has been a timber buyer, i.e. a representative of a forestry company who has acted through his negligence.

Illegal There are mainly two types of felling.

The highest number of cases is where the obligation to notify, ie making a forest use declaration, has been neglected.

Usually the negligent has been a timber buyer, i.e. a representative of a forestry company who has acted through his negligence. It is an offense and the sentence is usually a few daily fines.

Forest crime is a matter of logging that has targeted natural sites, ie particularly important habitats. These include the environments of streams, ravines, springs, and ponds.

Forest crime can also lead to imprisonment, but in practice the sentences have been dozens of daily fines. In addition, the forest owner is doomed to lose logging income to the state.

In March The North Karelian District Court sentenced the man to 55 days’ fine for a forest crime. He had planned the felling as a representative of the landowner. The landowner was sentenced to forfeit the economic value of the stand, 4,500 euros.

The clear felling took place in Nurmes. It had also cut down a very important source for forest diversity and the environment of the ditch, where special growing conditions and a microclimate prevailed.

A 25-meter protection zone should have been left around the spring, but the trees were felled from a distance of less than 4 meters. As a result, the source and noro lost their typical characteristics.

Metsäkeskus had previously notified the convict of the nature site. In addition, during the field inspection, a representative of the center had instructed that the source was confined outside the stand.

The crime was detected in the interpretation of the satellite separation image.

The court held that, as a forestry professional, a logging designer must have understood the implications of logging. Still, he had instructed the lumberjack to knock down all the spruce logs.

In January The Pohjois-Savo District Court sentenced the procurement manager of a large forest company to a 30-day fine. The forest owner was sentenced to lose 2,500 euros in criminal proceeds.

Tervo had a carved pattern confined to a particularly important habitat under the Forest Act, the creek. The site had decaying wood ten times compared to a normal commercial forest.

The procuring entity received information from Metsäkeskus in advance about the incorrect delimitation, but did not react to it.

This crime also survived the differential interpretation of satellite images.

Major some of the cases investigated by Metsäkeskus do not result in a penalty.

Inspection Manager Partanen draws attention to the fact that the police have suspended many investigations. Reasons include obsolescence and keeping the act to a minimum. For example, the investigation has not been able to show the intent of the act.

According to the data, only 11 investigations led to punishment at Metsäkeskus last year. Penalties were not imposed in 55 cases.

In total, there are few violations of the Forest Act, as about 120,000 forest use declarations are made annually.

When the system detects that logging has been planned for the nature site, the Metsäkeskus employee takes up the matter and gives instructions to the landowner.

In the differential image interpretation, Metsäkeskus also detects if the forest has been felled without permission from a neighbor.

The monitoring of such cases is not the responsibility of Metsäkeskus, but it provides information to the parties concerned.

The Monthly Supplement, which will be published on Saturday, July 3, has a big story about the use of Finnish forests. In connection with the story, there is a map online based on Metsäkeskus’ data, from which logging can be studied throughout Finland.