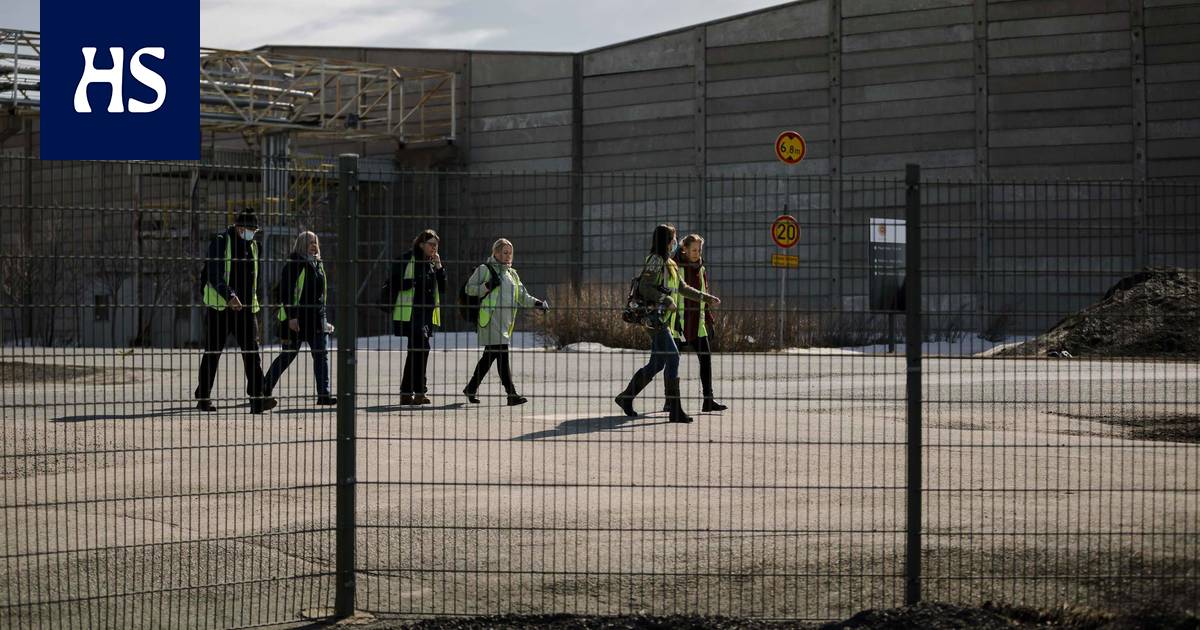 According to Stora Enso’s CEO Annica Bresky, there is still 15 paper machines in Europe.

Stora Enso said on Tuesday that it plans to close the huge pulp and paper mill in Veitsiluoto in Kemi. It is a big blow to the whole of Northern Finland. The job is leaving 670 people.

The Kvarnsveden plant in Sweden, which employs 440 people, is also about to close. The official decision to close the factories will be made after co-operation negotiations. The operation is scheduled to end as early as July-September.

The closures will reduce Stora Enso’s paper production capacity by more than a third to 2.6 million tonnes per year at a time. Paper’s share of the company’s net sales will fall from less than 20 percent last year to only about ten percent.

Managing director Annica Breskyn according to the closures are a reaction to the sharp decline in paper consumption in Europe. According to Stora Enso, both mills have been making losses for some time. Last year, the company’s entire paper business made a loss of EUR 38 million.

“We don’t see a change coming to this. We’ve turned all the stones to make the factories profitable, but that hasn’t worked, ”Bresky says.

When there is too much capacity, prices fall. The orders that Veitsiluoto has managed to receive have been unprofitable. According to Bresky, the price of paper is at a record low.

And there is nothing better in sight. On the contrary. Director of the company’s paper business Kati ter Horst At a press conference on Tuesday, the company presented the company’s forecasts for paper overcapacity in Europe.

Stora Enso anticipates that demand for newsprint, for example, will fall to less than EUR 5.5 million by 2025, with production still reported at 7.5 million tonnes after closures. There is even more oversupply in magazine paper.

Overcapacity and the collapse of mill profitability have led forest companies to drive down capacity in tidal shifts. UPM closed the Kaipola mill in Jämsä at the turn of the year. It led to more than 400 redundancies. A lot of factories have been caught abroad as well.

Veitsiluoto The closure is also a big blow to the entire Finnish paper industry, or to what is left of it.

The closures of Kaipola and Veitsiluoto will reduce Finnish paper production to the level of the early 1970s, to about three million tonnes. In September, Stora Enso shut down two paper machines in Oulu, one of which has been made into a board machine.

The paper’s busiest period of success began in the mid-1970s, when free trade agreements lowered customs walls. In 1980, about 4.5 million tonnes of paper were produced in Finland. Around 2005, production peaked at over 11 million tonnes.

Already last year, paper production fell to 1980 levels. This year, towards the end of the year, production will collapse by more than a third.

Finland the time of a paper industry that has prospered for a hundred years is finally coming to an end. Of course, some paper machines will remain in Finland, but no new ones have been built for years.

The focus of the forest industry is on completely different products.

After Veitsiluoto, Stora Enso’s only paper mill in Finland is Anjala in Inkerois, which makes book paper and specialty newsprint with one machine. A total of about 5,600 employees will remain in Finland.

Other countries have five mills and a total of nine paper machines.

Country Manager of Stora Enso Seppo Parvi said directly to HS on Tuesday that the role of the paper mills remaining in the company is to generate cash flow for the investments required by the new products. As long as they can, they have a place in the company.

Forest giants have adapted to change. New fossil fuels and materials have been developed from wood to replace products. Paper machines have been replaced by board machines. Stora Enso has been successful with innovative packaging products.

UPM has developed a success story from sticky papers and labels, for example.

But above all, pulp has once again become an important export product. Huge demand in China has raised the price of pulp to heights. Both UPM and Stora Enso also make pulp from eucalyptus in Latin America.

Forest companies are doing well and will certainly continue to do well, but more and more of the success comes from elsewhere than in Finland.

It is unfortunate for Finland that the domestic processing rate of the forest industry continues to decline. Paper is a product with a significantly higher degree of processing than pulp, which can be classified as an intermediate product. The new products developed have hardly compensated for the decline in processing rate caused by the drop in paper.

Adaptation has also meant a sharp reduction in jobs in the forest industry.

Metsä Group said in February that it would build a new pulp mill next to Veitsiluoto for EUR 1.6 billion. It will not bring comfort to those who remain unemployed from Veitsiluoto, because the pulp mill employs only the 250 people who are currently working at the pulp mill.

The new pulp mill vacuumed the 4.5 million cubic meters of wood it needed, including the wigs of Lapland and Sweden, but according to Parvi, it had no effect on the fate of Veitsiluoto. The plant closure will not reduce Stora Enso’s wood purchases in Finland.

“The mill has used 1.9 million moths of wood. The sawmill still uses 400,000 moths. It will continue to operate. The Oulu plant needs half a million more moths than at present, and in addition, the wood saved here can be used to replace wood purchased from Russia, the cost of which has increased due to Russia’s new export rules, ”says Parvi.

Veitsiluoto the mill is a so-called integrate that produces both pulp, lumber and paper. The sawmill, which employs about 50 people, will continue to operate.

The roots of the state forest industry are in Veitsiluoto, where the state established a sawmill in 1922. The first pulp mill was built in 1930 and the paper machine in 1955.

CEO of Solidium Antti Mäkinen is the Chairman of the Board of Stora Enso.