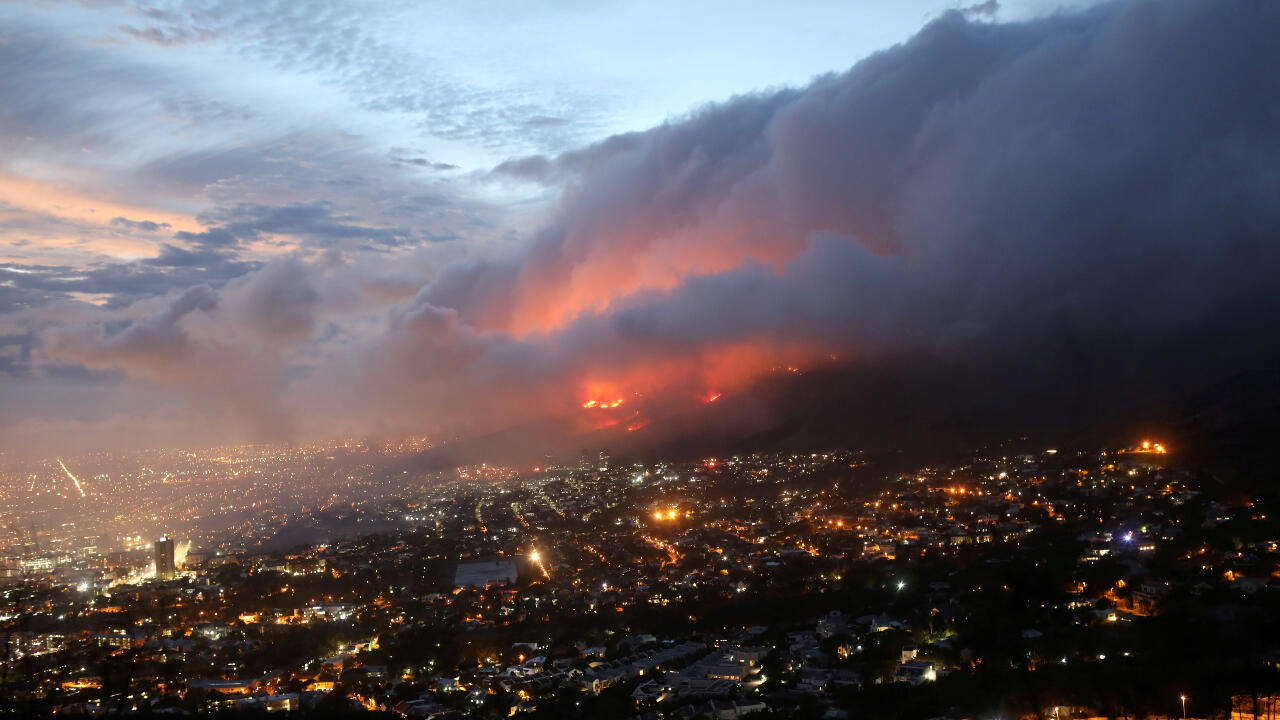 Firefighters are fighting to contain the flames on Table Mountain, where a wildfire started more than 24 hours ago and has already forced the evacuation of hundreds of people in the city. Several historic buildings have been affected.

The authorities of the coastal city in southern South Africa report that it is one of the most devastating fires in Cape Town’s history.

Winds of up to 45 kilometers per hour help to stoke the fire and impede the work of the helicopters with which the firefighters plan to dump water on the slopes of Table Mountain. On the ground, at least 250 firefighters are working to block the advance of the flames that have already reached historic sites.

“With regard to the damage to historic buildings, it’s substantial,” said Arlene Wehr, incident commander for the city’s fire services. For his part, Mayor Dan Plato described the fire, which has already destroyed more than 400 hectares of vegetation, as one of the most devastating in the recent history of the city.

Some students at the University of Cape Town were forced to evacuate the residences and one of its most important libraries saw important collections of manuscripts and historical books burn. All the institution’s libraries remain closed and the magnitude of the losses is still uncertain.

Among the properties affected is the renowned climber restaurant at the Rhodes Monument and the historic Moster Mill, built around 1796. “It is not only the historic buildings that have been lost, but also their contents and collections,” he said. Cape Town Heritage Trust in an official pronouncement.

A city councilor confirmed that a suspect is being detained in the Devil’s Peak area, after confessing that he was the author of an additional fire in the Vredehoek area. Authorities are investigating whether the individual, who lives in the mountainous area, was also involved in the fire near the university.

In Cape Town, where the wildfire season runs through the end of April, global warming is a matter of concern. The town regularly faces fires in the vicinity of the city, the most recent being in 2020.

After more than a day of actions against the fire, the authorities report that two firefighters suffered serious burns and are hospitalized.

Cars | Explanation: Tesla may be tricked into driving without a driver, even though Tesla claims it is not possible

The AFIP extends benefits for monotributistas: what are they