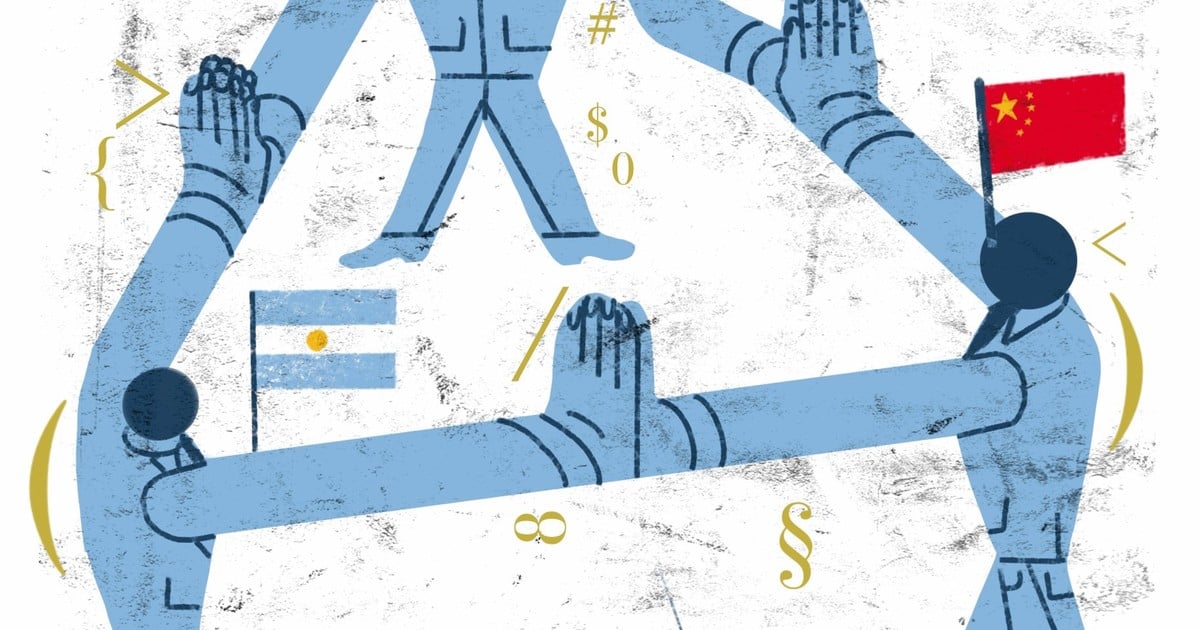 The rivalry between the United States and China is giving rise to different theoretical approaches to explain the location of Latin America in this conflict. The statement “active non-alignment” defined by some as the best strategic option seems to have a growing endorsement for its originality.

The authors state that it does not refer only to taking an equidistant position between Washington and Beijing but to assuming that there is a world beyond the traditional diplomatic references. It would also require the refusal to bow to any of the great powers and make decisions based on national interests.

The proliferation of proposals would have arisen as a response to pressure from the United States to approach China and to the presumption that Latin American countries end up giving in by adopting policies contrary to their interests.

Subordination to the hegemonic power, England and then the United States, would have been the cause of a defective international insertion specialized in the production of raw materials with a low degree of processing. The thesis adds the assumption of the deterioration of the terms of trade as a cause of the stagnation of the region.

Beyond the fact that the apothegm of the deterioration of the terms of trade was never verified, maintaining that Latin American governments have been subjected for decades to the designs of hegemonic powers without the ability to make independent decisions constitutes a presumptuous statement.

With different words, it seems like a revival of the dependency theory in force until the 70s. The “new” formula is presented as the option that would allow to recover autonomy.

In reality, the stagnation of some of the Latin American countries is having insisted on the same policies without assuming the changes that had been taking place on the international scene in the eighties even before the interruption of China. Japan was first, followed by the Asian Tigers; thirdly China and then India.

This series is completed with the incorporation of the Eastern European countries to the European Union after the dismemberment of the Soviet Union. The growth of Asia was interpreted as a panacea and not as a wake-up call to the new dynamism of the world economy that also included the deindustrialization of Europe and the United States.

As cited by the work published in Nueva Sociedad based on World Bank data, during the last three decades there has been a “massive transfer of wealth from the North to the South and a shift in the geo-economic axis from the North Atlantic to the Asia Pacific”.

Those years saw the formation of the WTO, ASEAN, RCEP, the multiplicity of Free Trade Agreements and finally the CPTPP. In Latin America the role of ALADI, MERCOSUR is still being discussed and the Pacific Alliance is accused of being an appendage of imperialism.

Everyone assumes that decisions must respond to national interests. Uruguayan President Lacalle Pou defined his foreign policy with the phrase “We do not have ideological affinities, we have the obligation to defend national interests.”

The differences begin when foreign policy is transformed into a continuity of the proselytizing tasks of a party unit, confusing countries with electoral districts.

The disagreements in Latin America that impeded and still hinder the formulation of common policies are the result of not prioritizing relations between states over personal sympathies. There is not much difference between a Bolsonaro participating in the Republican Convention with an Argentine in the plenary of the PCC.

Foreign policy is a combination of intelligent decisions that respond to the permanent interests of the country. It does not go through choosing one or the other option on the basis of prejudice or influence from third parties. It constitutes a labyrinth from which although it cannot be left, it requires patience and imagination to go through it without going back.

Felipe Frydman is an economist and diplomat. Former Ambassador to Thailand