For these reasons, avoid pizza in Ramadan! 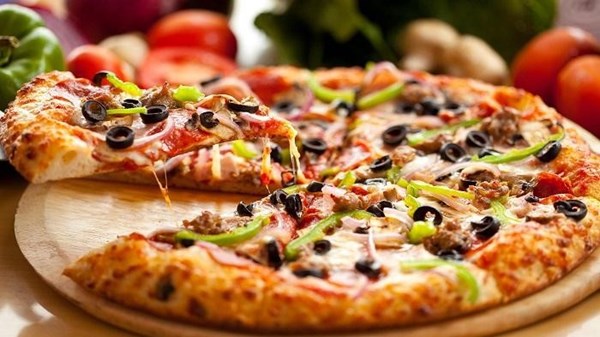 Eating pizza with its varied flavors is a favorite thing for her fans. Whether you like the Italian way with thin pizza dough, or the American way with thicker dough and more cheese, an inconvenient truth haunts this type of food.

Who among us does not like pizza, with its delicious taste and varied flavors. Although many studies warn against eating fast food, pizza has spread widely and has been able to impose itself on everyone, whether vegetarians or meat eaters.

Also, its reasonable price made it the coveted of all classes of society. However, there is something that may be a nuisance to fans of this type of food, whether in the Italian way with a thin pizza dough, or in the American way with a thick dough and more cheese on the sides, which is thirst and a dry throat after we eat this food.

Restaurants have always tried to exploit this phenomenon by offering distinctive offers in which pizza is served with juice or soft drinks to solve the problem. However, a German study exposed this phenomenon.

And I tried to provide a scientific answer to the reasons that make us feel thirsty when eating this type of food.

In a study published by the German magazine Stern earlier, the German Institute for Human Nutrition in Potsdam explained that the phenomenon of thirst accompanying eating pizza is a normal matter for two things, according to “Al-Ghad”.

The first is that pizza dough is usually dry and contains little water. The second thing is that the salt content is very high in this type of food, which makes the body demand more water.

Don’t drink juice with pizza
Experts confirm that eating 200-400 grams of pizza enters the body equivalent to 5 grams of salt, and according to the guidelines of the World Health Organization (WHO) experts advise not to eat more than six grams of salt per day, as the high salt content in the blood affects The kidneys and adrenal glands and limit the secretion of water, which makes the body release thirst signals, in order to try to restore the balance within it.

Therefore, drinking juice with pizza may be a bad choice, because the juice contains high calories, which makes it not suitable for pizza, especially if it is fatty.

Experts also advise against drinking soft drinks as well, because they do not provide the body with water, but rather give the body a deceptive feeling of hydration, which is harmful to the body.

The study concluded that only water, or water with a slight flavor added to the juice, is the best thing that can be eaten with pizza, according to what was published by DW.

This may be a catalyst for pizza lovers in order to try to make it more compatible with human health, by examining ingredients to reduce the amount of salt in them, and until then the pizza making, the skill to manipulate the dough and add the appropriate ingredients will remain a distinct art and an integral part of the long-standing tradition of food art. .

The muon questions the laws of physics