For the Venezuelan regime, the protests in Cuba are trout photos ‘celebrating the America’s Cup in Argentina’ 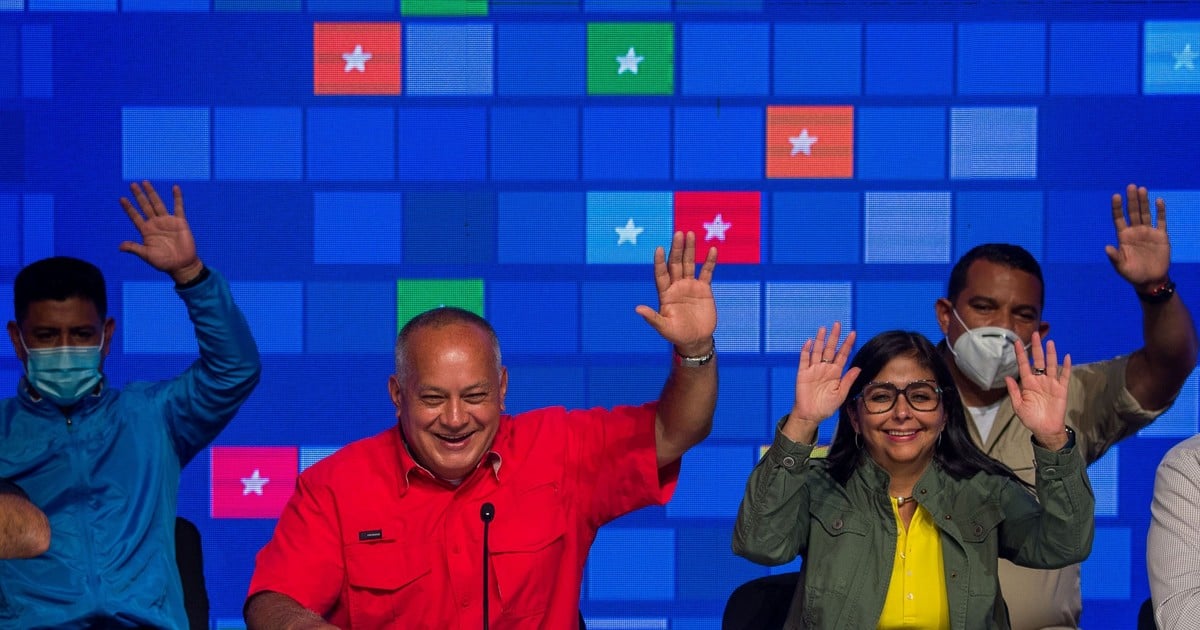 The Nicolás Maduro regime in Venezuela carried out a unusual accusation on the released photographs of the protests in Cuba. Diosdado Cabello, number 2 of Chavista totalitarianism, said they were trout images and that actually show people “celebrating the America’s Cup in Argentina “.

“Gee, it’s a fact absolutely media“began Cabello, vice president of the Venezuelan United Socialist Party and, for many, the raw and violent face of power behind Maduro.” What came out on the networks has nothing to do with reality.

Then, the former president of the National Constituent Assembly launched the laughable complaint.

“They took the photo from afar. no kind of shame they exposed it: ‘Look at Cuba how it is,’ “he added at a party press conference, with qualifications that seemed to fit himself.

Cabello sent his support to the government of Miguel Díaz-Canel in the face of what he considered a new action of “imperialism” against the Caribbean island.

“They do not understand that there are 60 years of blockade so that now they are going to think that five tweets are going to end the Cuban revolution. From here our solidarity, our support, our affection, our respect for the Cuban people and their Government, for the immense struggle they are giving, from here we accompany them, “he said.

He insisted that “it is imperialism acting” against Cuba and criticized that “no one” says “anything” about what it considers a “massacre” in the Colombian protests, as well as what is happening in Chile with the Mapuches.

“Every day they murder the Mapuche people in Chile and they say nothing. They attack Venezuela, they attack Cuba,” concluded Cabello, in a typical declarative overflow of the autocratic power it represents.

Alberto F.’s phrase as “another support”

Last Monday, hours after the outbreak of demonstrations in Havana and other cities, Alberto Fernández gave his opinion on the protests.

“I don’t know the dimension of the problem in Cuba. I am clear that, if we are humanitarianly concerned about Cuba, let’s end the blockades and also in Venezuela. There is nothing more inhumane in a pandemic than blocking a country, “said the Argentine President.

His phrase received numerous reviews since, despite the numerous denunciations of the dissidents and the marches in Buenos Aires, he did not condemn the repression of the Cuban regime.

On the other hand, from the Díaz-Canel government they took his words as an “endorsement” of the revolution.

“The President of Argentina addressed this Monday the economic, political and social situation of Cuba and Venezuela. And he asked to end the blockades imposed by the United States unilaterally against those two nations,” they assured in the news magazine Informative Good Morning, of the Caribbean news signal, controlled by the regime, like all authorized media on the island.

In the end, he quoted the president (“The blockades are doing incalculable damage to Cuba and Venezuela,” he read) and indicated that the leader of the Frente de Todos “demanded the lifting of the unilateral coercive measures applied by the Washington government.”

The Cuban regime’s communication agency, newspaper and “official organ” also added peculiar propaganda-tinged considerations in its coverage, such as insults towards a high-ranking military man in one of the protests.

The situation in Cuba

Thousands of Cubans took to the streets on Sunday to protest against the Government shouting “Liberty!” in an unprecedented day that resulted in more than 100 arrests and clashes after President Miguel Díaz-Canel ordered his supporters to come out to confront the protesters.

The protests, the strongest that occurred in Cuba since the so-called “maleconazo” August 1994, occurred with the country plunged into a serious economic and health crisis, with the pandemic out of control and a severe shortage of food, medicine and other basic products, in addition to long power outages.

From the beginning of the protests, President Díaz-Canel urged the militants to “defend the revolution.” The protesters have been denouncing acts of repression, but their voices must fight with the tight control of the media of communication by the government and with the blocking of the Internet on the socialist island.

This Wednesday, 63 people were still in detention or disappeared, according to the count carried out by the San Isidro Movement, one of the most important of the dissidence.

Despite the control, the episodes of police abuse were disseminated on social networks. One of the most scandalous cases was the arrest of youtuber Dina Stars, who was arrested at her home in the middle of a television interview.

Among those detained are Cuban opposition figures and even the correspondent for the newspaper ABC, which sparked protests from the Spanish government.