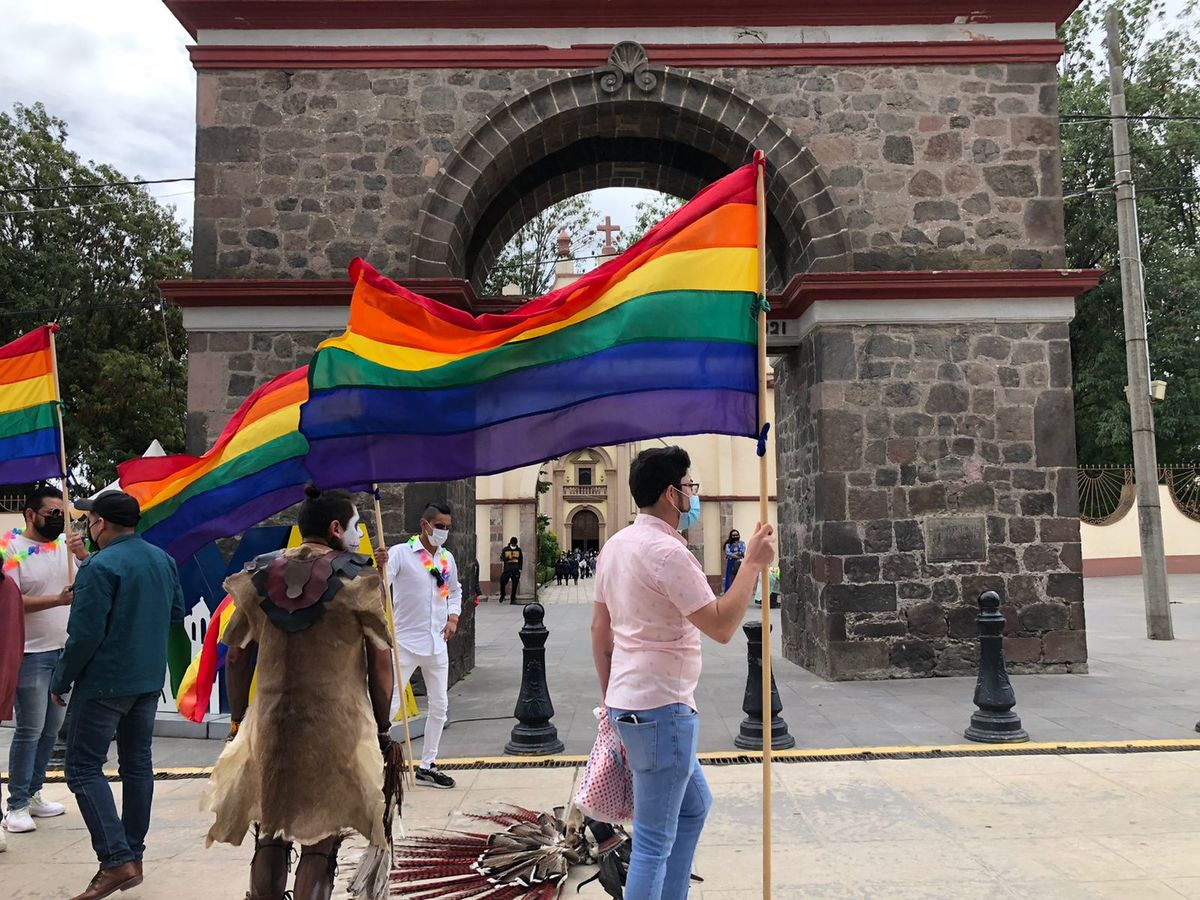 For the first time in the history of Calimaya, members of the LGBT community held a march in the framework of gay pride month. This Saturday has been described as historic for the land of the mariachi because the beat was not marked by the guitars and trumpets of men in typical costumes; It came from the cry of struggle, resistance and demand of a community designated in a context dictated as sexist.

A clock that this year celebrates 100 years of marking the passage of time and the parish “San Pedro y San Pablo” as a common place, were witnesses and part of the scene of the mobilization carried out in honor of all those comrades in struggle.

Máximo Muciño Vázquez, honorary president of the LGBT movement in Calimaya justified the importance of the march and He pointed out some challenges faced by a homosexual man and the role he has in this region.

“It is the first time, we are gone down in history because there is a lot of machismo here, there is mockery and with what I proclaimed in my speech, we are hidden and it is time to shine … It is something very complicated because discrimination starts from the family, then today I am proudly the spokesperson to say identify me because your story is my story, so today I am standing here for all those who deserve to be treated the same as all of us ”.

The flotilla settled on Benito Juárez avenue, one of the main avenues in the municipality, and was headed by a van with multicolored balloons from which circuit music emanated. At midday they advanced, danced and waved multicolored flags, a world-famous emblem.

Paulina Guadarrama Gómez, a trans woman who also marched in this municipality located south of the Toluca Valley, He stressed that it is the first time that they carry out an act of this nature, since there was a fear of rejection.

“There is a lot of homophobia, many people do not want to see us and that is why we are doing this … my message would be that many people who do not accept themselves, to do it, because it really is something nice and there is nothing wrong with it.”

Neighbors observed the passage of the contingent of approximately 50 people and gave way to music, dance and protest. Recharged in the frame of a door was Claudia García, who admitted that it was the first time that something like this had been seen in the municipality and despite the small number, she considered that more people could join in the future in an act of freedom.

Members of the community from other points attended the march as a sign of solidarity, as is the case of Monserrat Rivera, 21 years old and originally from San Mateo Atenco. “It is something that I like, I feel proud of being who I am and I think it is something that should not be hidden or much less.”

With multicolored uniforms it was the gay soccer team “LGBT Lions” made their appearance. They mixed the masculinity of sport and the insignia of an entire group. “We are in the inclusion to support all these associations that are starting, in this case Calimaya,” said the player and leader David Arriaga.

The mobilization that ended with a white balance started from the local and is a reflection of an international movement in which the recognition and respect of the LGBT community that persists, exists and resists is requested.